Polling data from the EU Referendum and the 2017 General Election shows a growing political gap between people of different ages, and widening divides when it comes to housing, wealth, and even who we trust and how we perceive risk. At the Rustat Conference held on 21 June 2018, we asked ‘is there such a thing as a generation gap?’ and then explored:

About the Rustat Conference Report

We would also like to thank our Rustat Conference Members who kindly support the Conferences and the Reports.

Authors: Jesus College undergraduate Freddie Preece (2015) took the lead in organising the Rustat Conference on Generations as part of the Intellectual Forum’s internship programme. He brought together decision-makers from the front lines of politics, business, finance, the media and education to discuss the vital issues with academic experts.  The Report was authored by: Freddie Preece, Todd Gillespie, Jenny Vass and Dr Sarah Steele 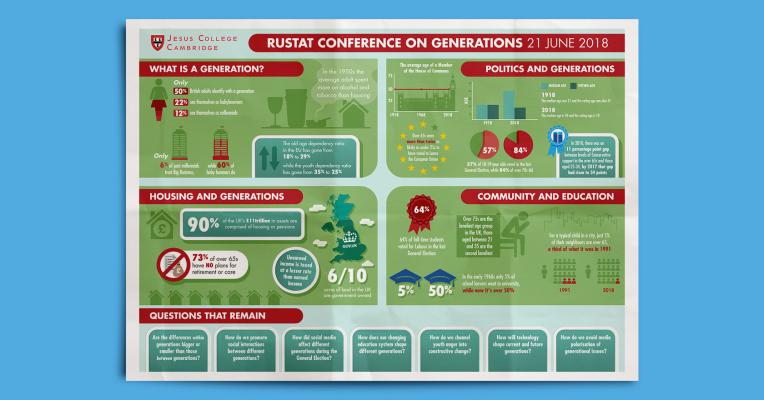