In 1906, the Old Library ceased functioning as the main College Library.

Before 1906 the College’s only library was housed in a purpose built room – what we now know as the Old Library – on the second floor of the west range of Cloister Court. It was part of one of the first buildings that were erected for the new College at the beginning of the sixteenth century and is one of the College’s most characterful and atmospheric rooms. By the end of the nineteenth century this library contained over nine thousand books and more than seventy medieval manuscripts, most of which were of more historic interest to Fellows than to undergraduates. Indeed there was no dedicated student library in College as until the late nineteenth century the large majority of students studied for only Ordinary (not Honours) degrees, where there were few optional papers and only a small number of set texts. Undergraduates were therefore expected to have their own copies. When the number of subjects that could be studied expanded in the twentieth century, the need for a students’ library became apparent. 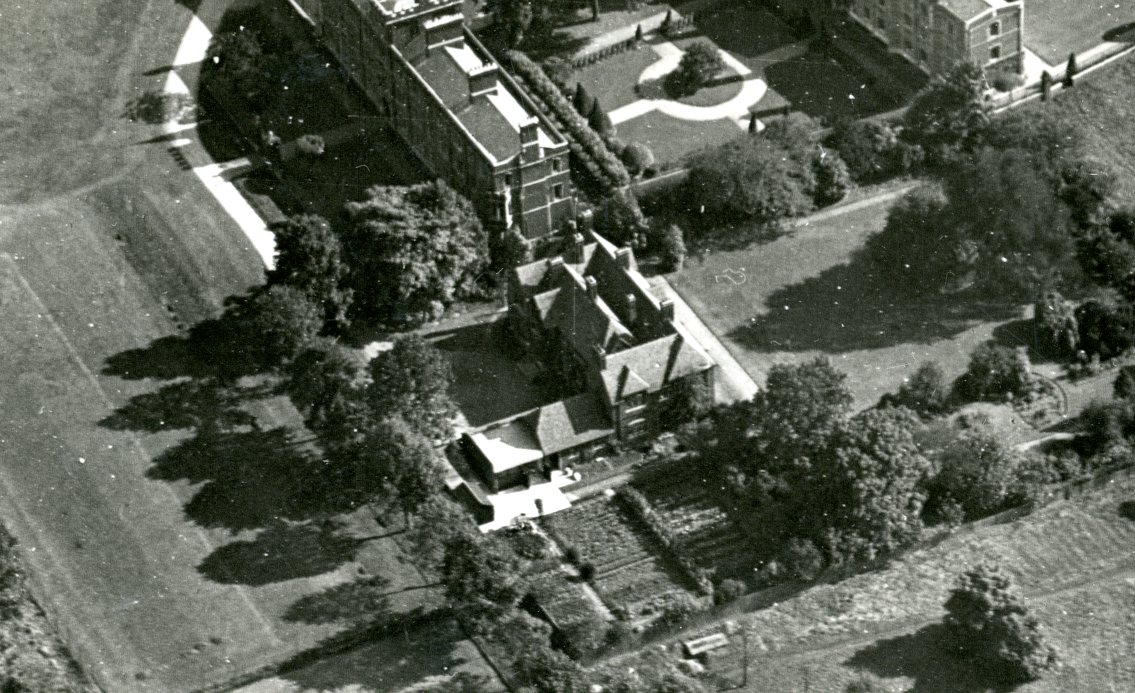 The Shield Library was the new library for undergraduates founded in 1906 from a bequest by Hugh Shield QC, a former Fellow and Bursar of the College and MP for the Borough of Cambridge. It was housed at first in the ground floor rooms (D2) in First Court which Samuel Taylor Coleridge had once occupied. Growing too large for these rooms, the library was moved to Q staircase in North House in 1939, an almost identical building to the present East House, demolished in the 1960s for the construction of North Court.  However, it was not until 1952 that a new library was constructed specially for the purpose of housing the library collection. 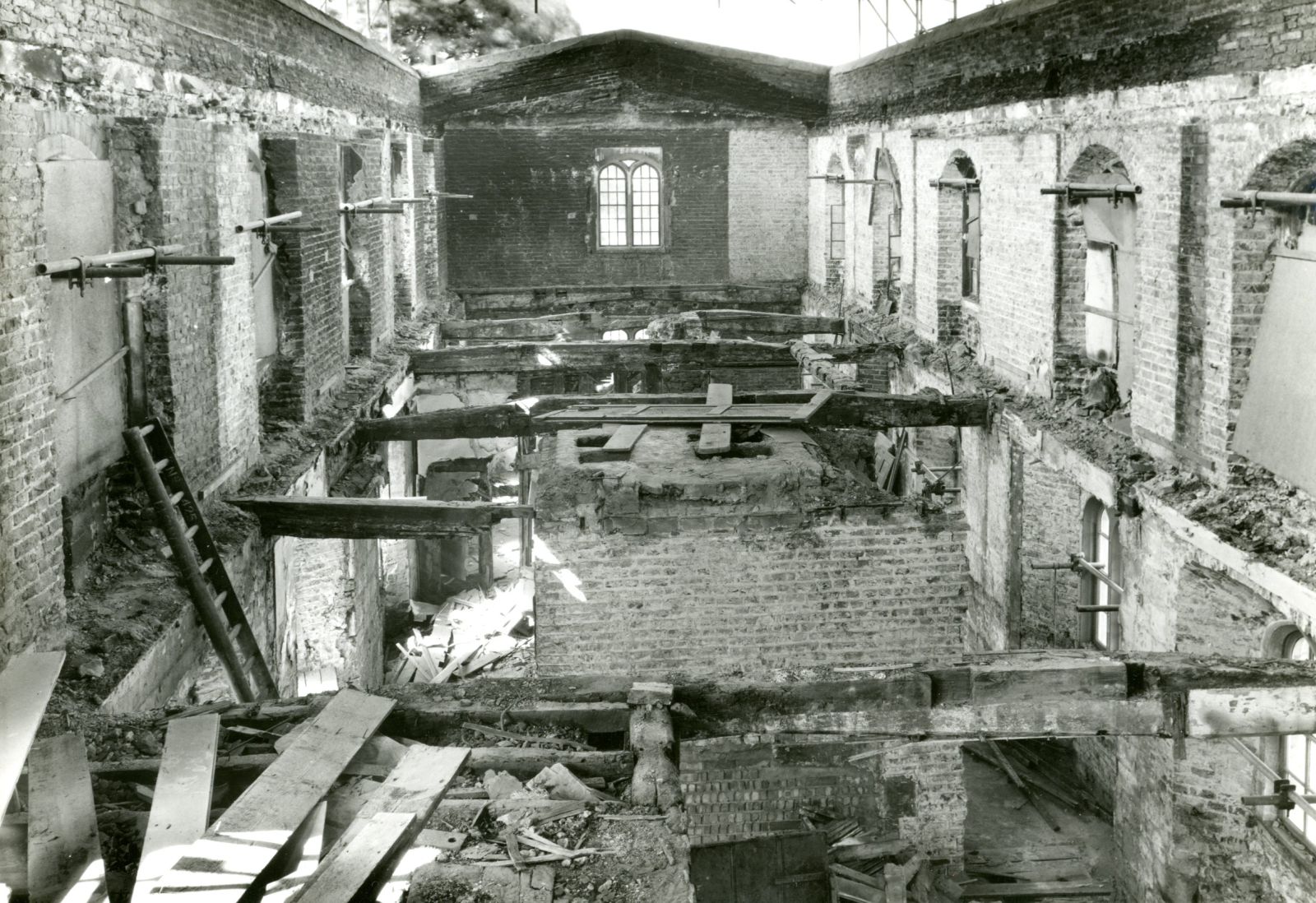 In 1950, a fire broke out in the sets of students’ rooms on A and B staircases on the top floor of the south range of First Court.  After the fire, the top storey of this building ceased to be used as accommodation and was transformed into the War Memorial Library, a new library established as a memorial to Jesuans killed in the Second World War. It was designed by Marshall Sisson along the same lines as the Old Library, similarities of which are evident. The War Memorial Library was subsequently extended to occupy part of the floor below, as the collection expanded. However, by the late 1980s and totalling around 25,000 volumes, the library had once again grown to the limits of the space available. Various suggestions were made to solve this problem, one of the more imaginative being the idea of converting All Saint’s Church, opposite the College entrance, into a library, and building a subway under Jesus Lane to connect it to the college! Eventually it was decided to build a completely new library to house the ever growing collection. 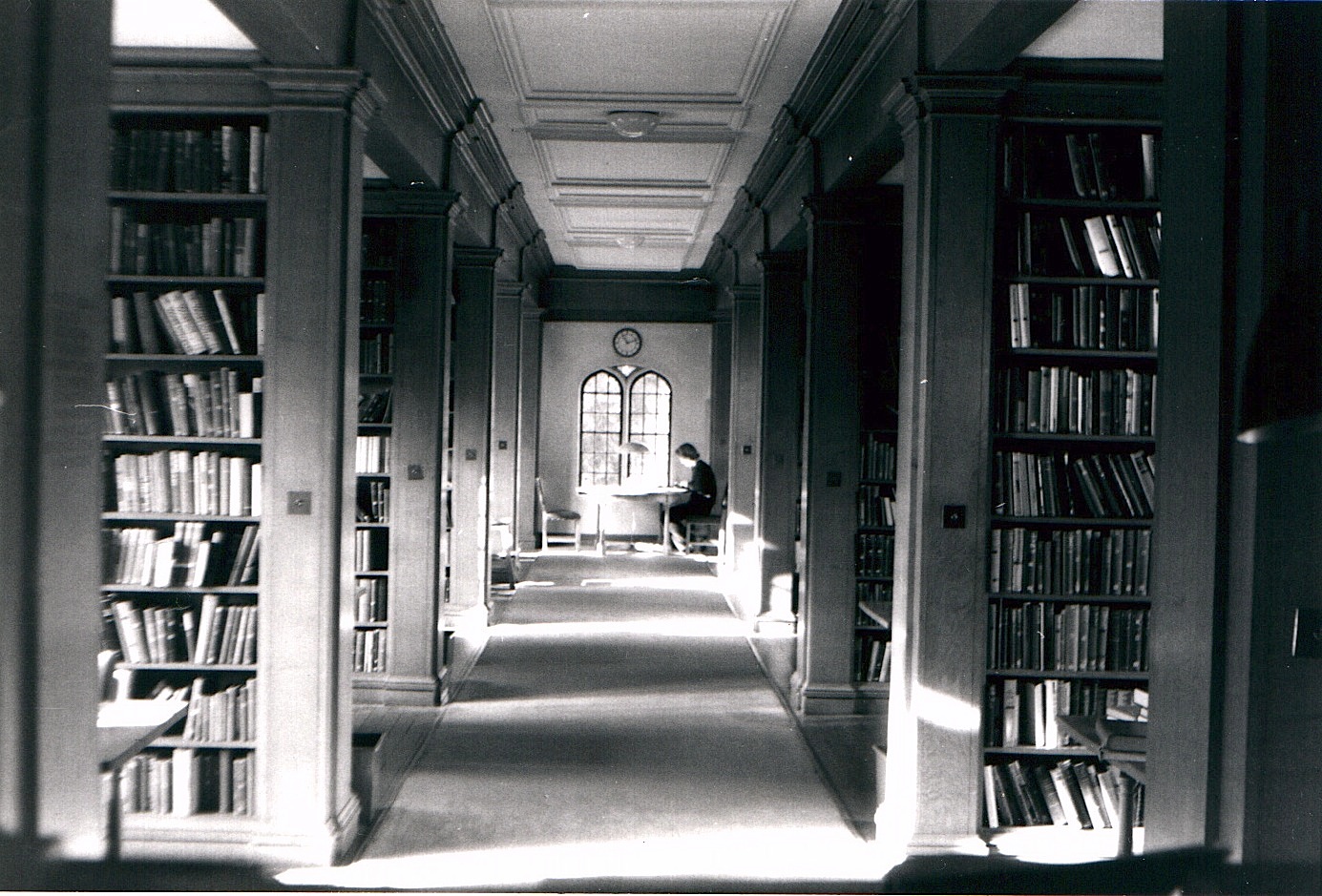 The Quincentenary Library was part funded by subscription from Old Members of the College, being officially opened to coincide with the 500th anniversary of Henry VII’s granting of permission for the foundation of the College. The building for the Quincentenary Library was started in 1994 and the library collection then moved into the new library in November 1995.  The library was designed by the architects Eldred Evans and David Shalev (the architects of, amongst other places, the Tate Gallery in St Ives). It forms the west side of the College’s fifth court which was completed in 2000 by a residential building of five staircases with rooms for Fellows and students. It was designed to be in keeping with the adjacent buildings, especially the chapel and the Morley-Horder building, while at the same time reflecting contemporary architectural thinking.  The new library has room for 60,000 books, and it has twice the number of seats that were previously available. The library aims to have most of the books that Tripos students are likely to require, together with some used by those working for Masters degrees.  It was also decided to build a new computing centre within the library to cater for the growing importance of computers in academic work.  A substantial area of the ground floor has been used to house this computing centre. Please click here for more details of the construction of the Quincentenary Library.