Archive of the month: Opening of the Quincentenary Library

1996 saw the 500th anniversary of the founding of the College with an array of events being hosted to celebrate this momentous anniversary.

A ‘Quincentenary Feast’ was held on 27th April 1996, attended by 195 College members, including the Master (Colin Renfrew), the Visitor (the then Bishop of Ely, Stephen Sykes) and HRH The Prince Edward (matriculated 1983). This was followed on 22nd June by a ‘Quincentenary Ball’. This was double the size of the May Ball usually held in College at the time and resulted in around 2,250 guests enjoying the various entertainments on offer including fairground rides, music, an Elizabethan style masque and a fireworks display.

However, possibly the most significant event of the Quincentenary year, was the official opening of the Quincentenary Library by the Queen on the 8th March 1996, who can be seen here in the main entrance to the Library with, from left to right, Michael Minden (a Fellow of the College), Rhona Watson (the current Librarian), Eldred Evans & David Shalev (the architects), Anthony Gormley, and the then Master Colin Renfrew.

The round plaque in the centre of the Library entrance hall commemorates the event. Of Portland stone, the floor plaque was engraved and designed by Kevin Cribb and completed in January 1996 in preparation for the Royal visit.

The Library building, designed by the architects Eldred Evans and David Shalev, was to accommodate around 40,000 books, with space for 100 readers and 40 computer work spaces. The intention for the new Library was that it would allow the College to bring together collections of books that were stored in various locations around the College, including those held in the former College Library, the War Memorial Library, created in the 1950s and situated across the top of A and B staircase and the gatehouse tower in First Court. 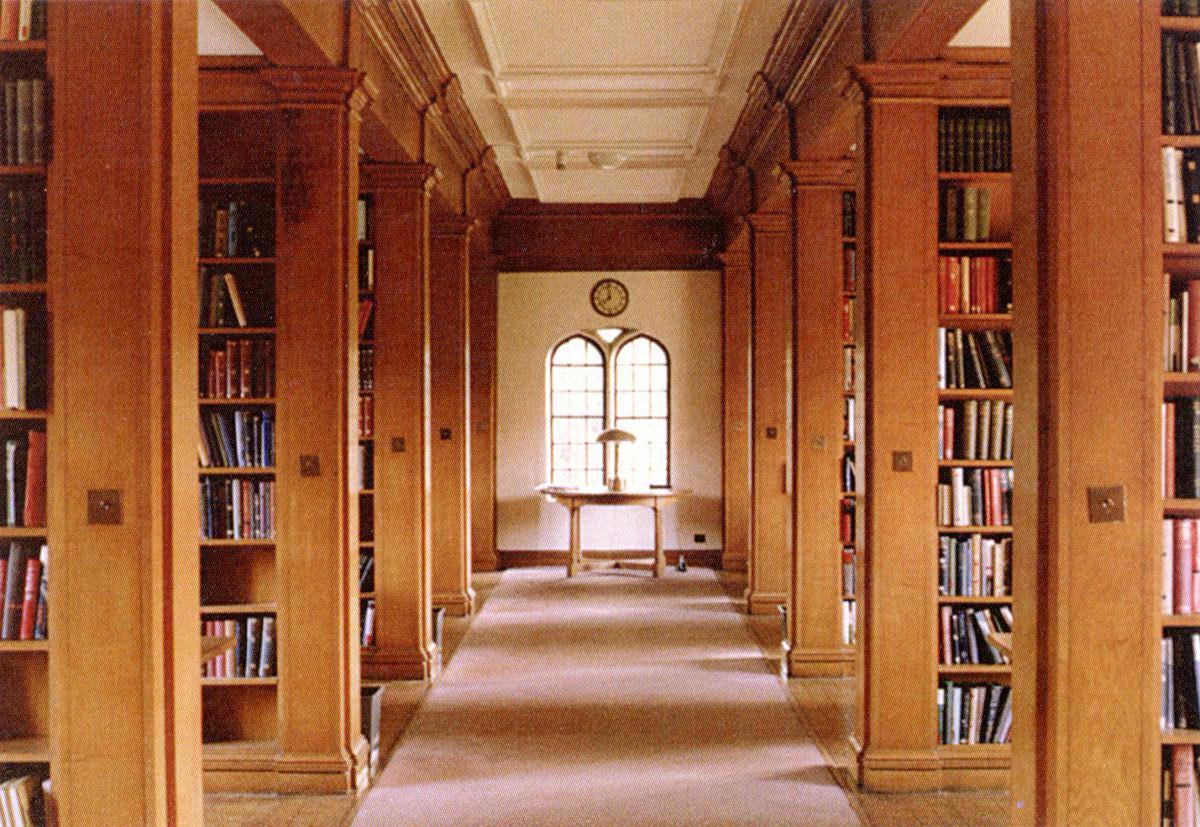 As can be seen from this picture, although clearly a very pleasant space, the War Memorial Library provided inadequate space for the growing numbers of students and the demands those numbers placed on library resources. Ideas for a new College Library had been considered as early as the 1980s, although it was not until October 1993 when the first meeting of the ‘new library and computing centre committee’ took place.

Earlier preparatory meetings concerning the new library had, however, taken place as part of the wider ‘appeal buildings committee’. This had been established to oversee the raising and distribution of funds to refurbish all College buildings and was part of the wider ‘Quincentenary Appeal’ that was officially launched in October 1989.

Procedures relating to the construction of the Library began in 1992, starting with a thorough archaeological survey of the site. The survey, undertaken by the University Archaeological Unit, found evidence suggesting that horses were being slaughtered on site during the medieval period, possibly to be eaten by the priory nuns who occupied the site at the time. Evidence of rubbish pits from the medieval and post medieval period containing small fragments of pottery, glass and pipe were also found, along with garden paths from the 19th century.

The foundation stone for the Library was laid on 11th March 1994. This was followed soon after with the ‘topping out’ ceremony on 1st December 1994, which saw the completion of the exterior of the building. Of course the interior of the building still need to be finished. The photographs in the image gallery show unfinished parts of the Library around the time of the topping out ceremony and despite not being finished, they are instantly recognisable.

It wasn’t just the structure of the Library that was designed by the architects. The Architects also produced designs for the furniture in the Library. Some draft designs for furniture survive in the Archives, and although the designs shown in the image gallery were never executed, they are extremely similar in design to the furniture that was finally made. Furniture designed by Evans and Shalev and made by Martin Grierson of London.

In addition to kitting out the library with specially designed furniture, artworks were also acquired by the Library to help decorate the new space. One such piece is the sculpture by Anthony Gormley, which is part of the Learning to See series. Here, the statue can be seen being trasnported in a rather book-less looking Library! The photograph in the image gallery shows the sculpture being lowered into position, with Gormley overseeing.

Of course the aims of the new building to provide a suitable learning environment for the modern College have been fulfilled and it continues to be a central part of Jesus College students’ experience. In further commemoration of the 21st birthday of the Quincentenary Library, a related exhibition will be on display in the Creswick Room from the 14th November, which will further explore some of the topics mentioned in this article. If you would like any further information about the exhibition, please contact the Library staff. 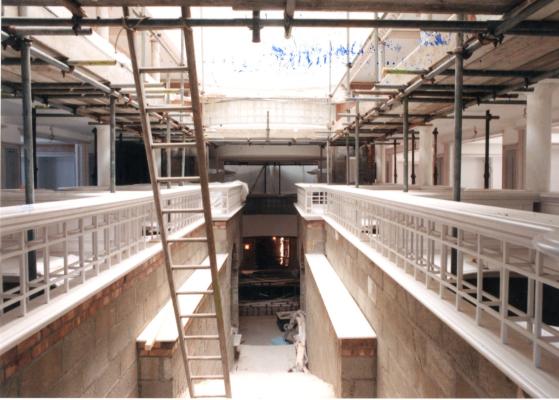 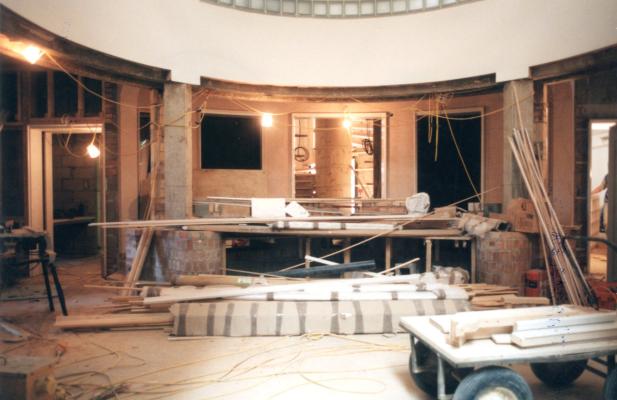 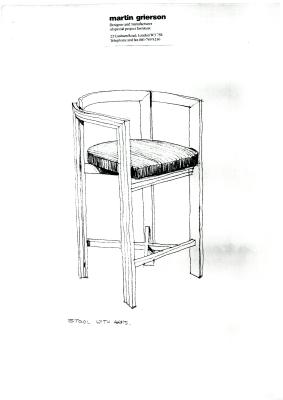 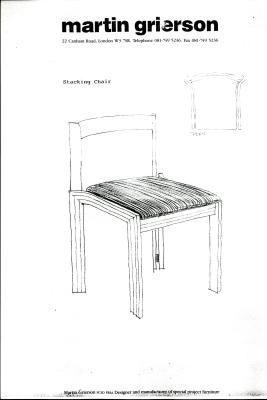 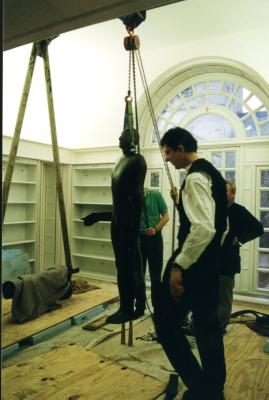