Archive of the month: Silver for the King

As is generally known, nearly all efforts to send support in terms of silver or money to the King from Cambridge was thwarted by Oliver Cromwell who, as well as leading the parliamentary revolution against the King, was also MP for Cambridge and so well placed to prevent such aide reaching the monarch. However, three Colleges, St. John’s, Queens and Jesus, did manage to send some of their silver to the King without it being intercepted.

The delivery of the plate (apparently made to the King when in Nottingham) was undertaken by a group of men including John Barwick, a fellow of St. John’s. Originally the silver was to be taken along the main road between Cambridge and Huntingdon before going north to Nottingham, but Cromwell heard about the plan and waited with a group of soldiers to intercept the load at a location called Lower Hedges, somewhere between Cambridge and Huntingdon.  The conspirators became aware of Cromwell's plans and so Barwick, along with the others, redirected the consignment along back roads to Nottingham.

The attempt to send the silver was in response to a plea from the King to the Vicechancellor, Richard Holdsworth, written on the 24th July 1642 at Leicester in which he wrote “That what College Plate soever any of the Colleges in the same, shall resolve, to commit into our custody, by delivering it to this bearer to be transported to us, we shall receive it as further Testimony of their loyal affections to us: And faithfully promise to restore it to them again, to the utmost value, when our propositions for the peace of this Kingdome, shall be hearkened unto.” Indeed it was specified in the letter from the King that any silver plate given should be listed to include what the item was, who the donor was and what the weight of the silver was, details of which are all recorded in the list surviving in the College Archives.

In part because of their success in sending their respective College plate to support the King, the Masters of St. John’s (William Beale, also previously Master at Jesus 1632-4), Jesus (Richard Sterne) and the President of Queens’ College (Edward Martin) were all arrested at Ely, along with the then Bishop of Ely (Matthew Wren) and sent to London where they were paraded through the City before being imprisoned in the Tower of London. 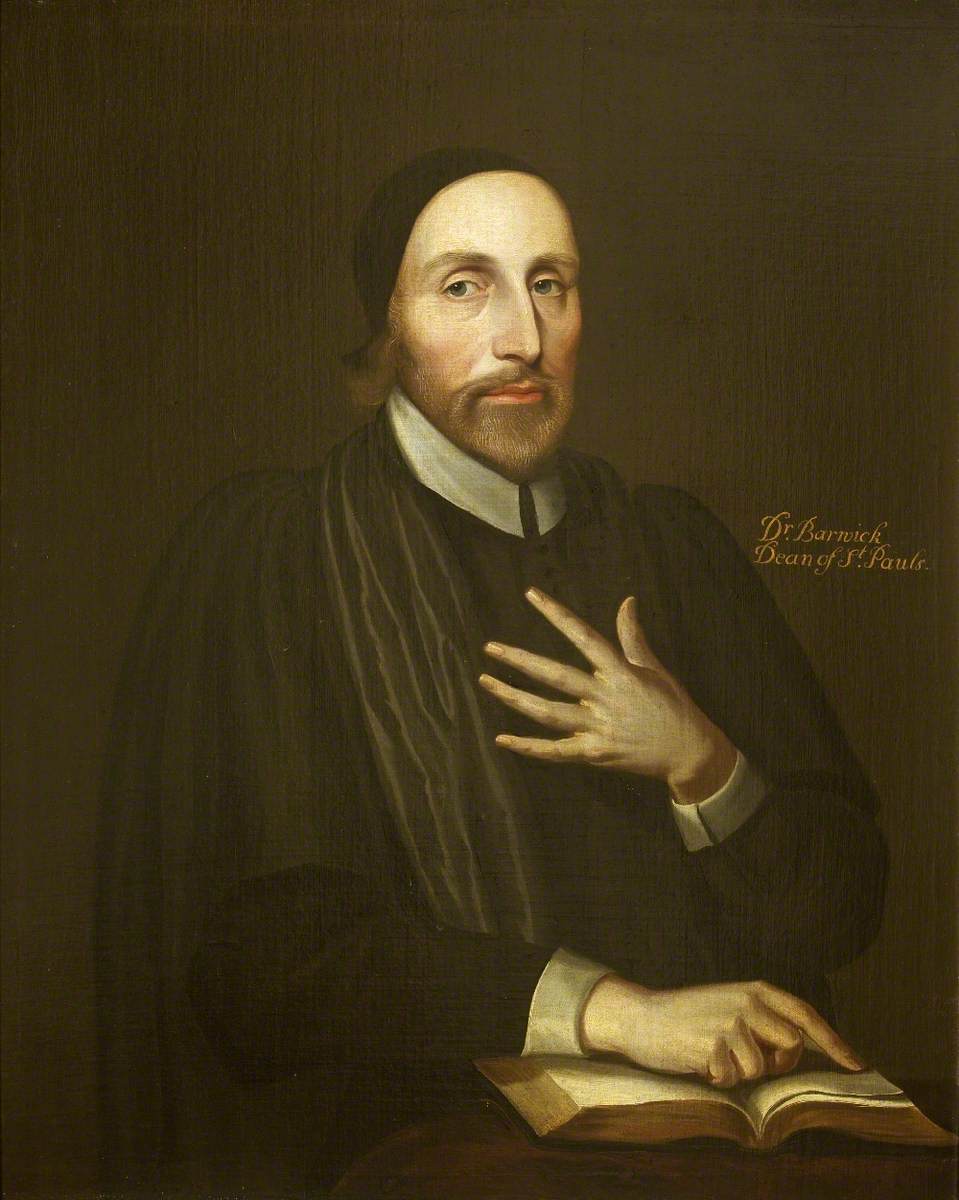 In addition to his involvement in successfully sending the College plate to the King, Barwick is also credited for writing Querela Cantabrigiensis, or, A remonstrance by way of apologie for the banishedmembers of the late flourishing University of Cambridge in 1647, in which he lists those members of Colleges who were ejected from their positions, ultimately on account of their supporting the King (although non-residence was a commonly given reason). In this pamphlet he describes the arrest of Beale, Sterne and Martin thus

“In pursuit whereof, before that month was expired, downe he (Cromwell) comes againe in a terrible manner with what Forces he could draw together, and surrounds divers Colledges, while we were at our devotion in our se|verall Chappels, taking away Prisoners, severall Doctors of Divinity, Heads of Colledges, viz. D. Beale Master of S. John's Colledge, D. Martin Master of Queens Col. and D. Sterne Master of Jesus Col.” 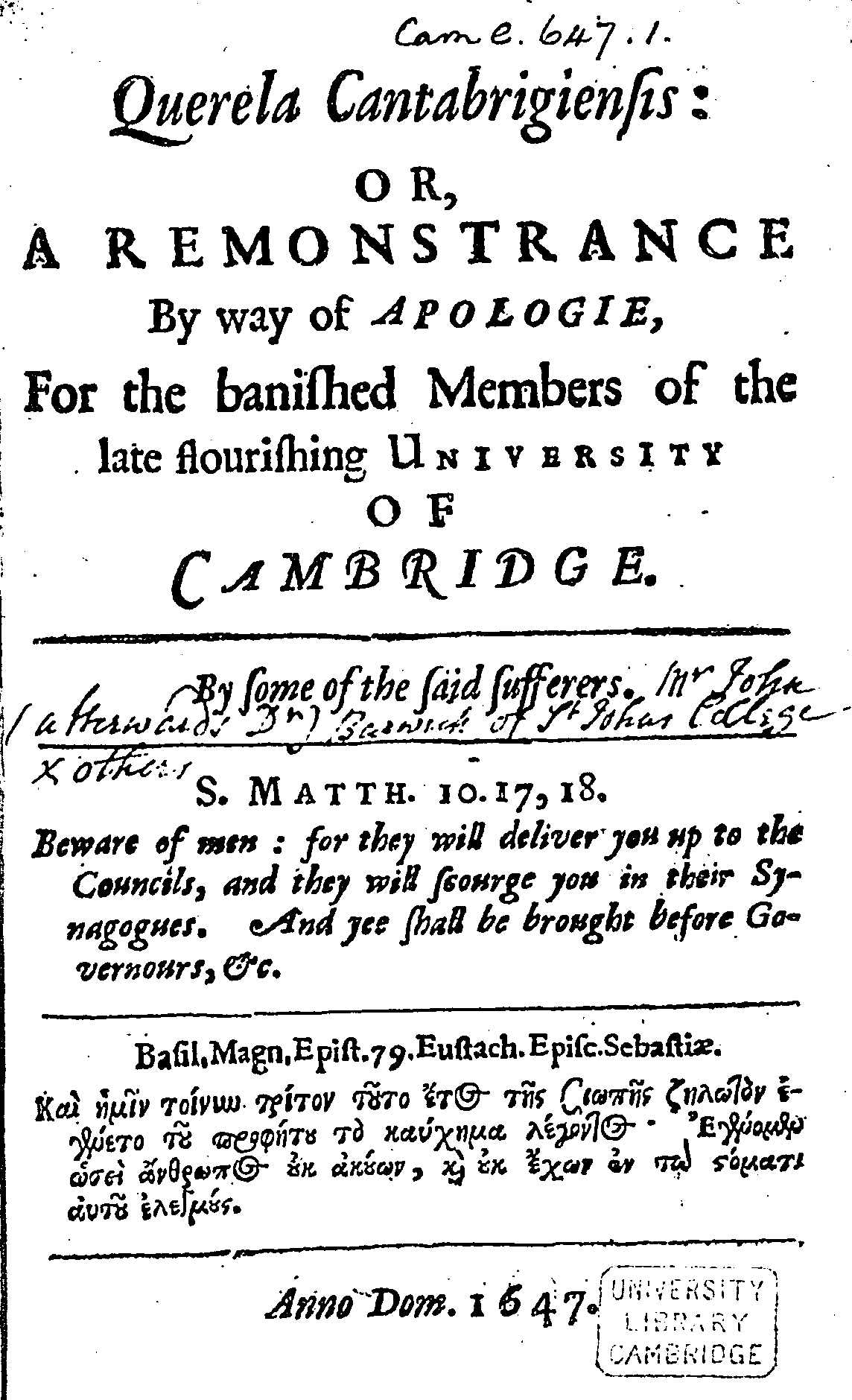 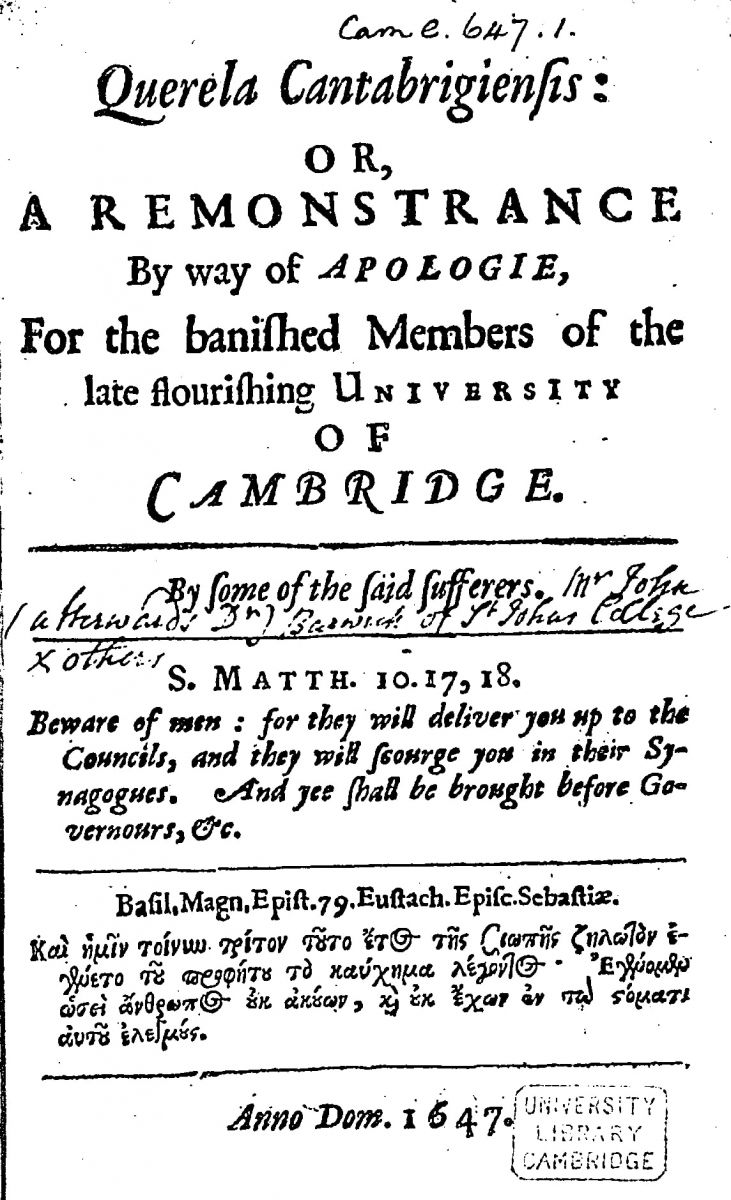 Returning to the list of silver plate, it provides a detailed outline of the Colleges silver at the time of the civil war, representing typical items to be found in such collections; bowls, salt cellars, candlesticks, ‘two eared potts’ (or double handled tankards), basins and ewers, flagons, beakers, stoops and various spoons.

Many of the names on the items reflecting who originally donated the silver to the College are well known in College history; Lionel Duckett (whose memorial plate is in the College Chapel), Heneage and Henry Proby (of the Proby family who made an endowment to the College in the late 17th century) and Sir Christopher Hatton (benefactor to the College and after whom Hatton Garden in London is named) to name but a few.

The numbers to the right hand side of the page list the weights of the items in oz and dwt, representing troy ounces and pennyweights. These measurements are used to weigh silver, there being 20 pennyweights in an ounce and 12 ounces in the troy pound (many thanks to David Mitchell for outlining this).

This transcription provides further details for some of the individuals mentioned in the list.

The only entry in the College’s audit book (which records the annual accounts of the College) for 1642 relating to the silver being sent out of the College records “To Mr Lincolne for cords for the box wherin the Colledg plate was sent September 26th 1642 … 1s 10d”. This is a reference to Edmund Lincolne who was a Fellow of the College before being ejected on his part for supporting the King and not Parliament.

Unfortunately, as it was melted down, none of the silver sent to the King was returned to the College following the restoration of the monarchy, however, Richard Sterne was reappointed Master and those Fellows who had been ejected were reinstated.