Canada and China: challenges and opportunities

The first lecture of the Lent term in the China Centre’s 'China in the World’ seminar series was delivered by the Honourable John McCallum, P.C. It was held on Wednesday 22 January 2020 in the Frankopan Hall. The Hon. John McCallum gave a lecture on the challenges and opportunities in the relationship between Canada and China.

John McCallum studied economics at Cambridge between 1968-71 at Queens’ College. He had a long and distinguished academic and political career in Canada before being appointed Canadian Ambassador to the People's Republic of China in 2017.

During his term as Ambassador the Chief Financial Officer of Huawei, Meng Wanzhou, was arrested in Canada, followed shortly afterwards by the arrest in China of two Canadian citizens, Michael Kovrig and Michael Spavor. John McCallum resigned as Canadian Ambassador to China in January 2019.

The lecture examined Canada-China relations in the light of these events, which are still unfolding. Canada has long and deep relations with China, stemming back to the famous Canadian doctor Norman Bethune, who died in China in 1939. John’s lecture examined a wide array of issues in the long-run evolution of the relationship between Canada and China.

The lecture was followed by a vigorous question and answer session.

John McCallum is Senior Strategic Advisor to McMillan LLP.  During January and February 2020 he returns to Queens' College, Cambridge as a Distinguished Academic Visitor.

John McCallum subsequently pursued a career in banking as Senior Vice President and Chief Economist for the Royal Bank of Canada before moving into politics in 2000 as Member of Parliament for Markham (subsequently Markham-Unionville, Markham-Thornhill).  During his political tenure he served in six ministerial portfolios, including National Defence and Immigration, Refugees and Citizenship.  The highlights of these years were to lead the initiative to welcome 40,000+ Syrian refugees to Canada (2015-16), to lead the initiative to find $11 billion in budgetary savings over five years (2005), to servce as Defence Minister when Canada opted to stay out of Iraq war (2003), and his nomination of Nelson Mandela as an honorary citizen (2001). 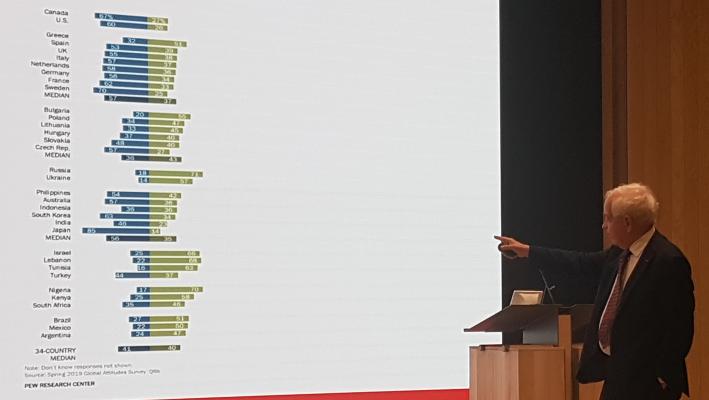 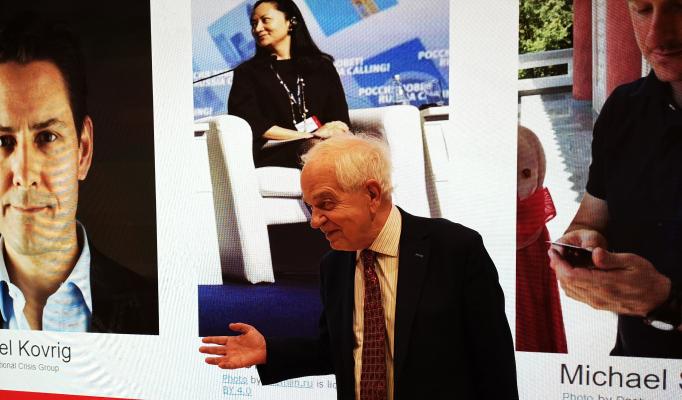 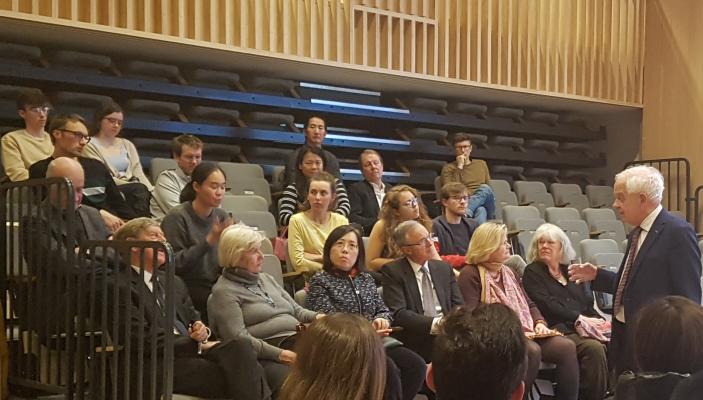 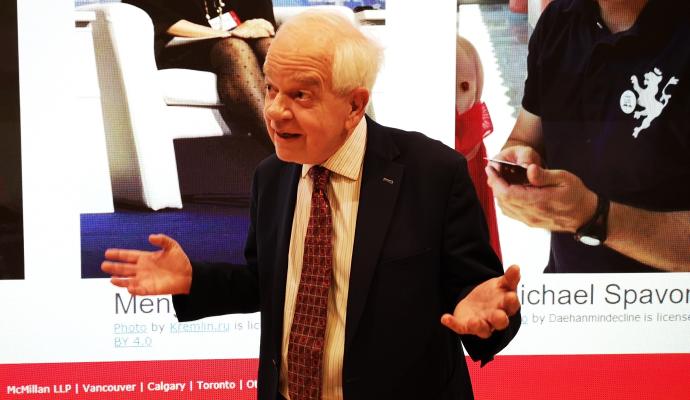