Archive of the month: Roundels and 'yellow staind glass'

A recent discovery in the College Archives has provided more detailed information about the window that previously existed in the east end of the Chapel.

Following the foundation of the College, the Chapel, along with all the former nunnery buildings, were developed or replaced to meet the needs of the College community. One of the changes to the Chapel involved the removal of the original medieval lancet windows at the east end and the insertion of a large perpendicular window. This image shows how that end of the Chapel appeared after this change and before that window was, in turn, removed and replaced with lancet windows in Pugin's refurbishment of the Chapel in the 1840s (which were designed to mimic the original medieval lancet windows). 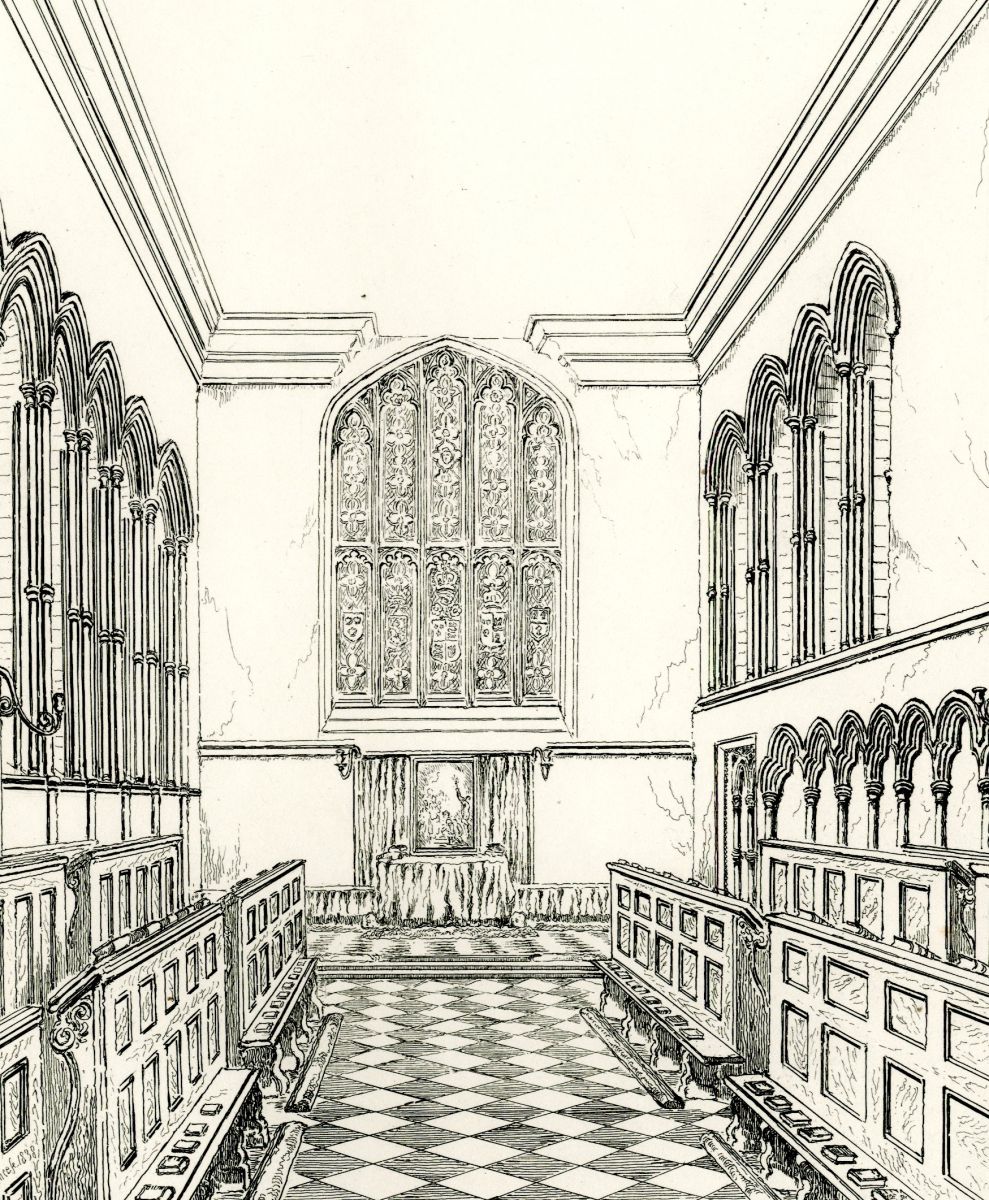 The recent discovery was a report, notes and small bundle of photographs showing details of some of the glass from the window, enclosed in an envelope postmarked 1937. An accompanying note mentions how the glass had then just recently been discovered, having been stored in boxes in ‘the cottage’ in the College grounds. This cottage was possibly a building in what was then part of the Master’s garden, but which is now part of the site of the Quincentenary Library. The report and photographs were made by local craftsman and decorator firm B. McLean Leach and Son who were asked by the College to assess the glass. Within this report it was determined that the glass was typical for that made in the early 19th century and based on condition probably hadn’t been in use for very long. However, no connection at that time seems to have been made between the production of the glass and its removal in the 1840s. The surviving roundel of the head of a monarch shown at the start of this article is represented in the etching of the Chapel interior, appearing in the upper middle section of the window. 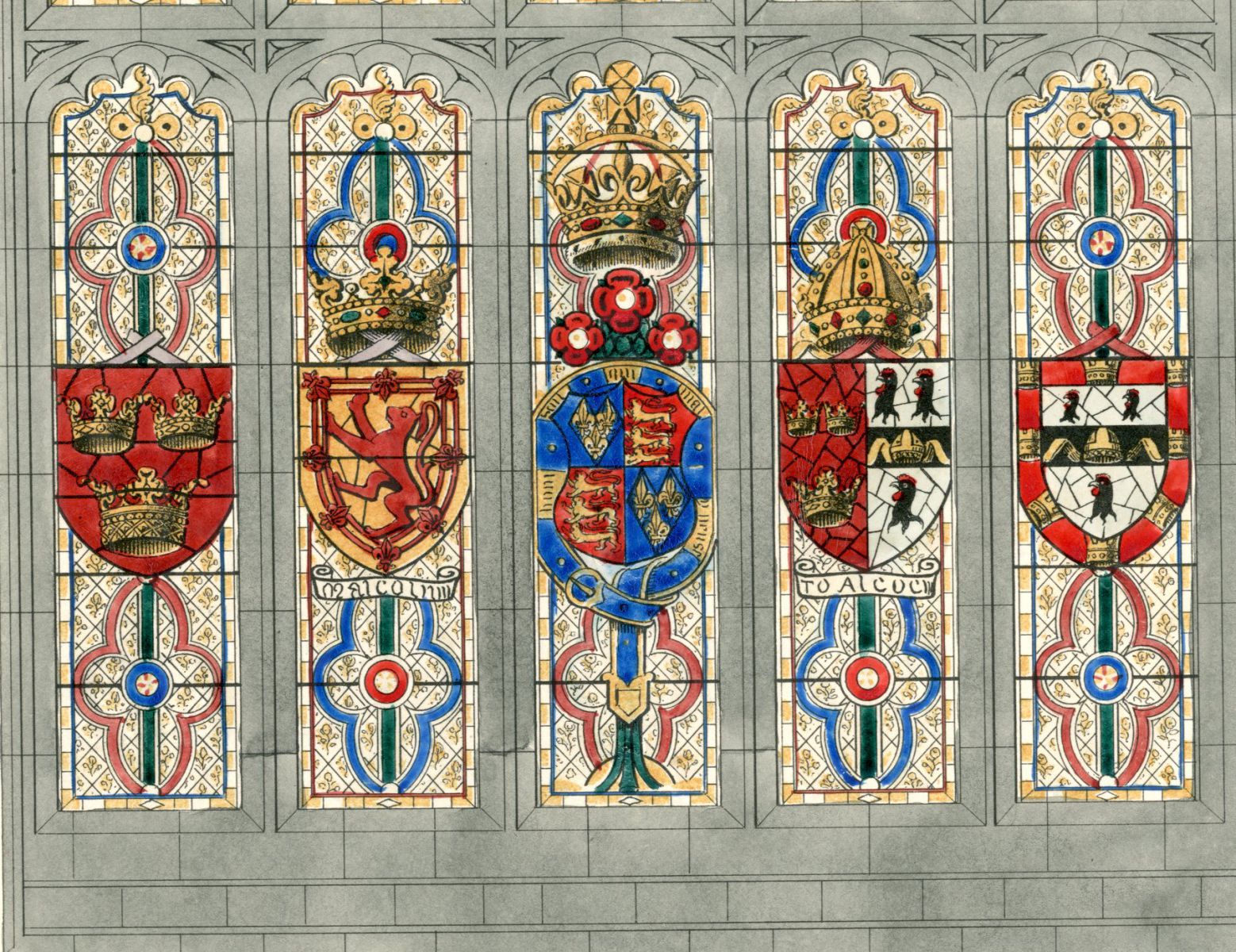 It is not clear what happened to the glass in the intervening period but further correspondence received as part of an archival enquiry about the east window in the 1990s sheds some further light upon the history of the glass. As can be seen, one panel contained a distinctive ligature of the letter TW. It is described that further research by the enquirer indicated that those letters most likely represented the initials of Thomas Willement, an important 19th century glazier who provided glass for various other buildings including St George’s Chapel in Windsor, the Temple Church and the Cathedral Church of Saint Michael and All Angels in Barbados amongst other churches, country houses and palaces. 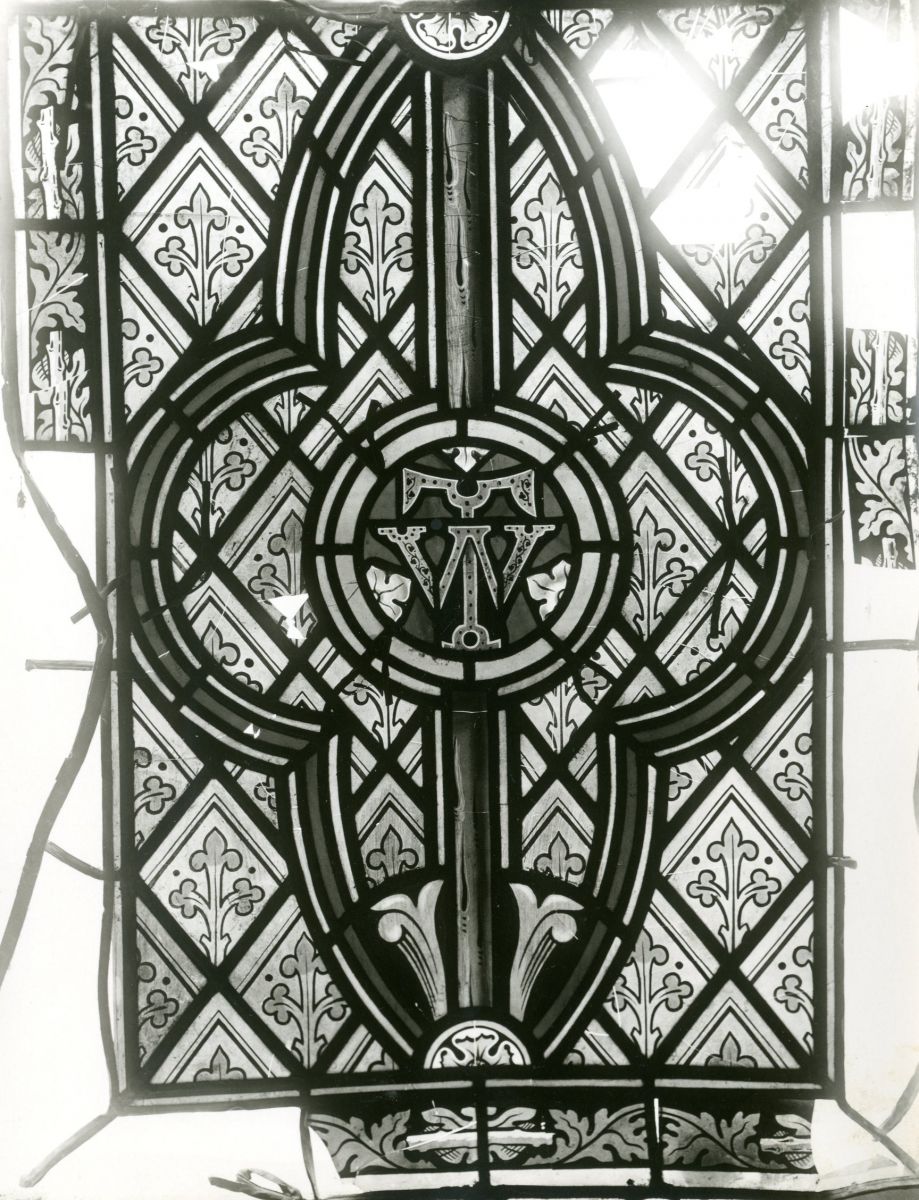 Unfortunately no reference appears to be made to Willement in the College Archives in accounts, Council minutes or correspondence, possibly in part because there is a rather unfortunate gap in the runs of records for exactly the period (1816-7) when the payments for the window were likely to have been made. However, there are two references to work being done on the glass for the east window by Richard Bankes Harraden, the son of engraver Richard Harraden who, amongst his other engravings, made images of Jesus College. These references to R. B. Harraden both come from the College accounts and financial papers and refer to a payment of £2 10s for ‘yellow staind glass & border with ground glass’ whilst at the bottom of the original receipt there is a note saying ‘for a design for the E. Window’. Might it have been possible that Harraden provided the designs for the borders of the windows whilst the more complex elements, such as the roundels and heraldry (for which Willement is particularly well known) were designed by Willement? Even though they do not survive and it is not absolutely possible to tell from the black and white 1930s photographs, the coloured etching from the 1830s shows that the windows were all bordered with yellow glass which could possibly be that referred to as being made by Harraden. 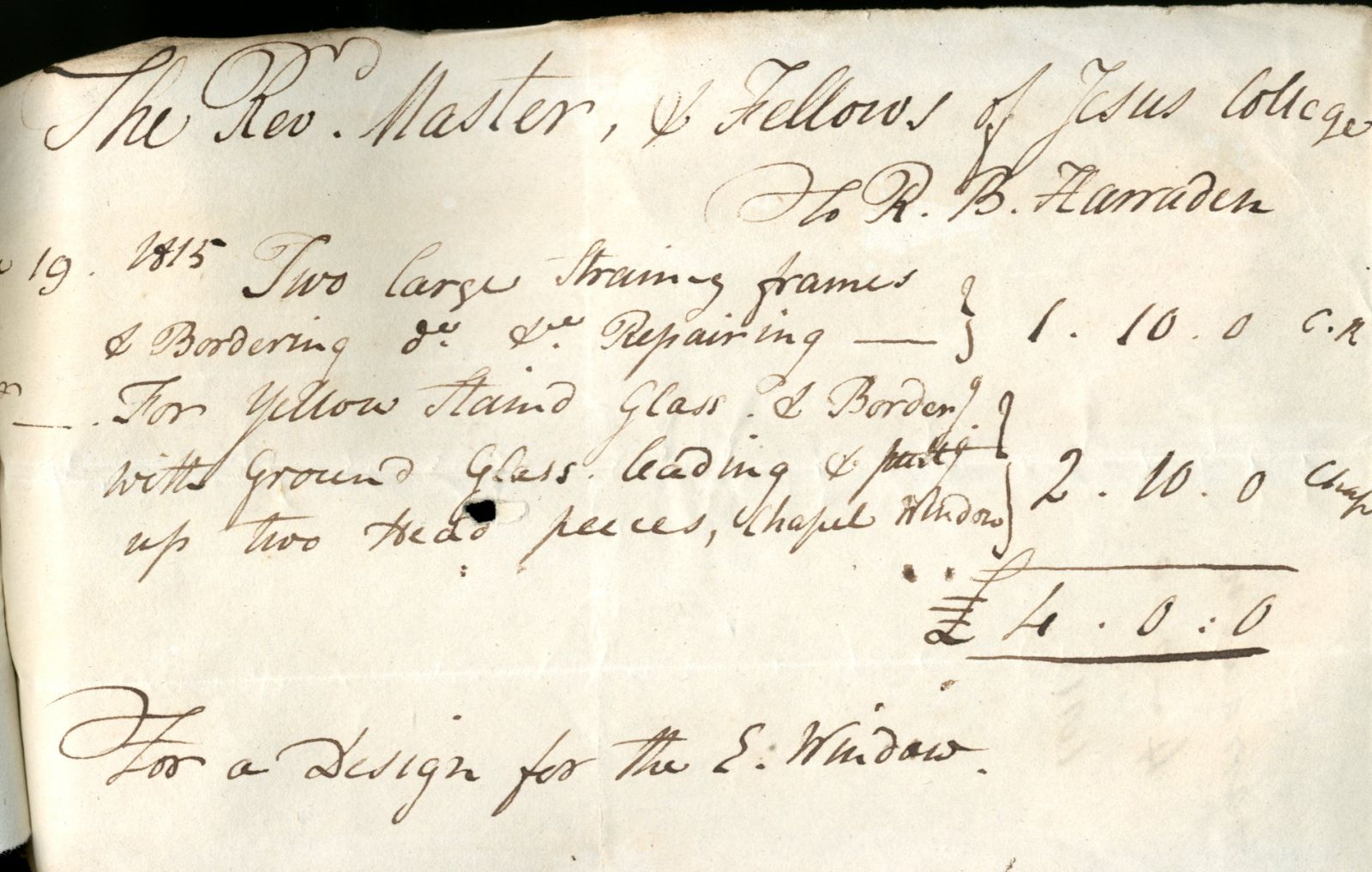 It is also perhaps interesting to note that from 1840, Willement enjoyed a brief partnership with Pugin who later carried out work on the College Chapel in the 1840s. This business arrangement lasted less than two years after Pugin grew frustrated with Willement’s craftsmanship and approach to design and, by 1842, he vowed never to work with him again. This disagreement might, in part, possibly explain why none of the glass made by Willement, which was only about 30 years old at the time of Pugin's redesign, was reused in the Chapel windows.

It certainly appears as though the glass was not reused elsewhere following its removal in the 1840s. The council minutes for 1937 record that suggestions were made that select parts be reused and inserted into windows in the Master's Lodge, but possibly with the onset of WWII, this idea seems to have been abandoned and so the glass went back in to storage. Maybe for reasons of space, it appears from the remnants which survive in the Archives that only the most ‘interesting’ pieces of glass from the east window were retained including the roundels produced by Willement. 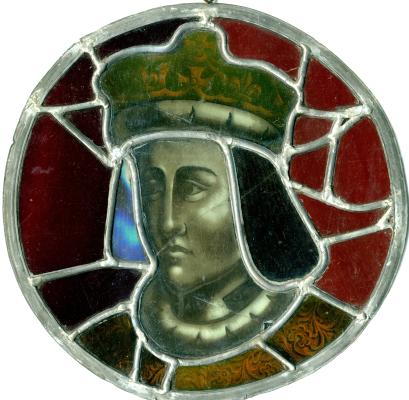 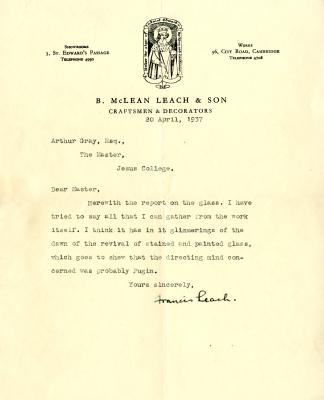 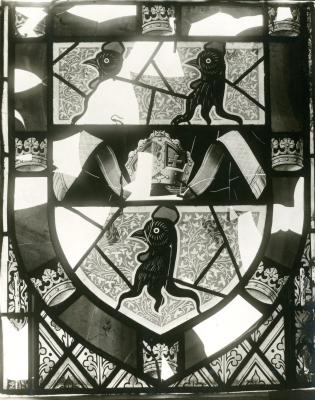 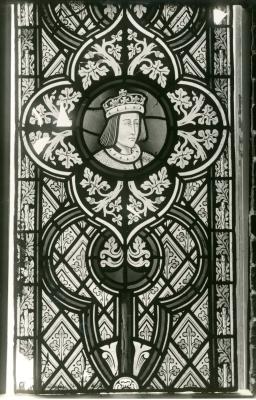 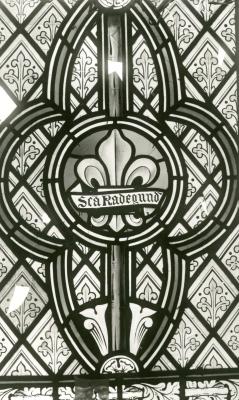