Archive of the month: "Low Wench" or "Suffering Child"?

Included within the personal papers of William French, Master of Jesus 1820-1849, are numerous letters marked as ‘private’.

Some of these are bills addressed directly to French, including those from Spode for china bought for the Master’s Lodge, requests for references from former students and correspondence with friends. One set of letters included in this folder are an excellent reminder as to the importance of appreciating that not all information contained within a set of documents can necessarily be taken at face value nor be combined to create a single narrative.

The first is a letter from Maria Parish, a woman from the village of Fincham in Norfolk. Her letter recounts how following numerous declarations of commitment and a promise of marriage from John Henry Arthy (admitted to Jesus College, 8th February 1820) she “forfeited my honour and happiness” resulting in an unexpected pregnancy. Following this announcement, Maria claimed Arthy cut all ties with her and so she decided to write to the Master in the hope that he might be able to convince Arthy to acknowledge his responsibilities and return to Maria. Through Mr. Burleigh of Barnwell, a family friend of the Parish’s, Maria and her mother were admitted to see William Hustler who was, at the time, Arthy’s tutor. Initially, as Maria acknowledges in a second letter to the Master, her “wretched case” was initially received “very warmly” by French, with his agreement that Arthy “certainly deserved punishment”. She is also very clear to highlight her family’s “respectability” and that such a case had brought great shame upon them. 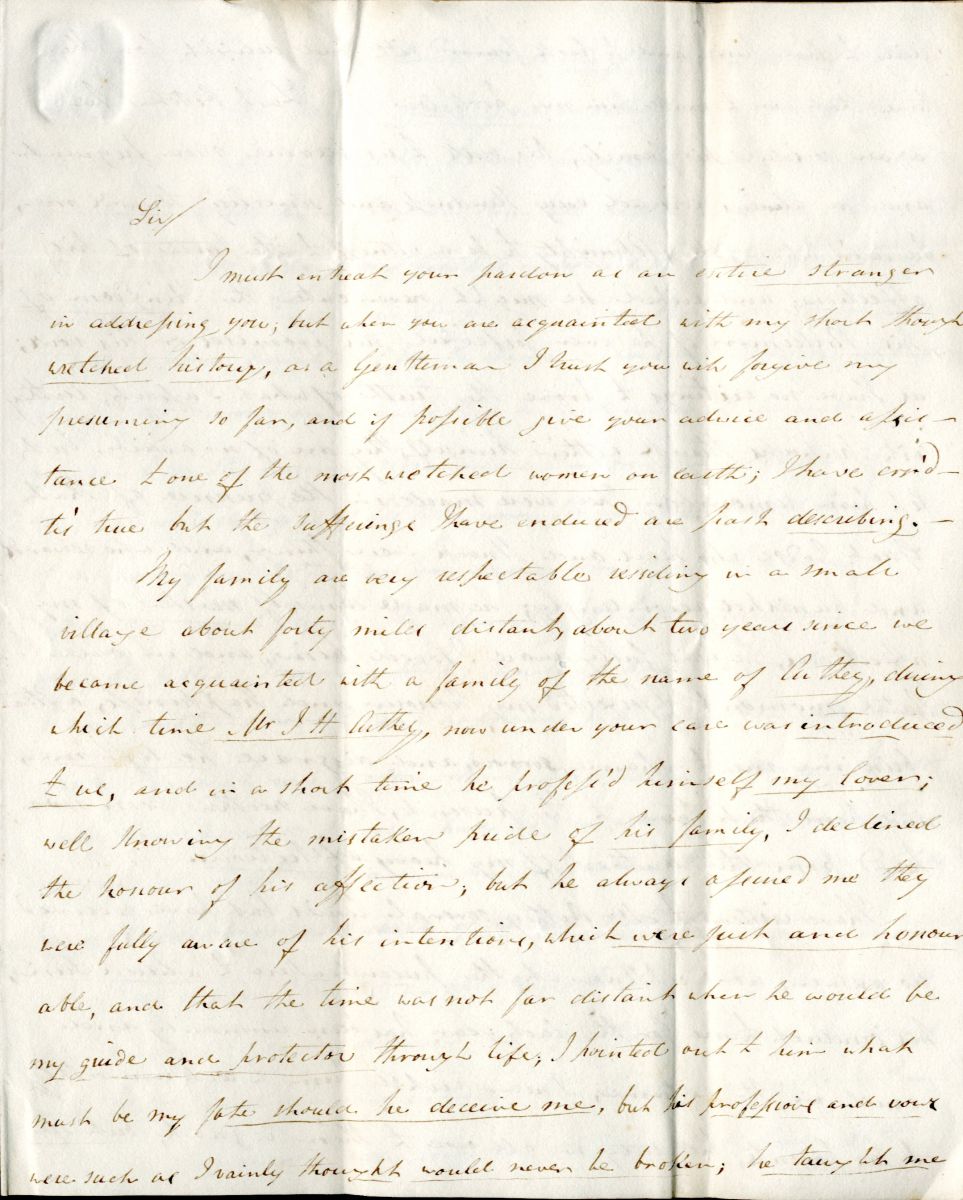 This was followed by a letter from Maria’s mother Mary, dated 6th January 1823 and also written from Fincham to the Master. Mary wrote to express her “feelings of a wretched mother, who is pleading for her suffering child” following “the destruction of my family”. In this, Mary is referring to both the unrealised proposal of marriage apparently made to her daughter and the pregnancy which caused many problems for the family. As can be seen in the transcription of the letter, despite initial polite neighbourly exchanges following the Arthy family’s move to Fincham into a property neighbouring that of the Parish family, hostilities between the two families grew following the relationship between Maria and John. Mary’s husband, John Parish, is shown in parish registers to have died aged 67, being buried on 30th May 1822, although the reason she gives for his death in her letter is that “he died of grief” for the shame of his daughter’s predicament. The parish burial register shows that Mr. Parish’s funeral service was conducted by Rev. Robert Forby, the parish vicar. So far, so consistent. 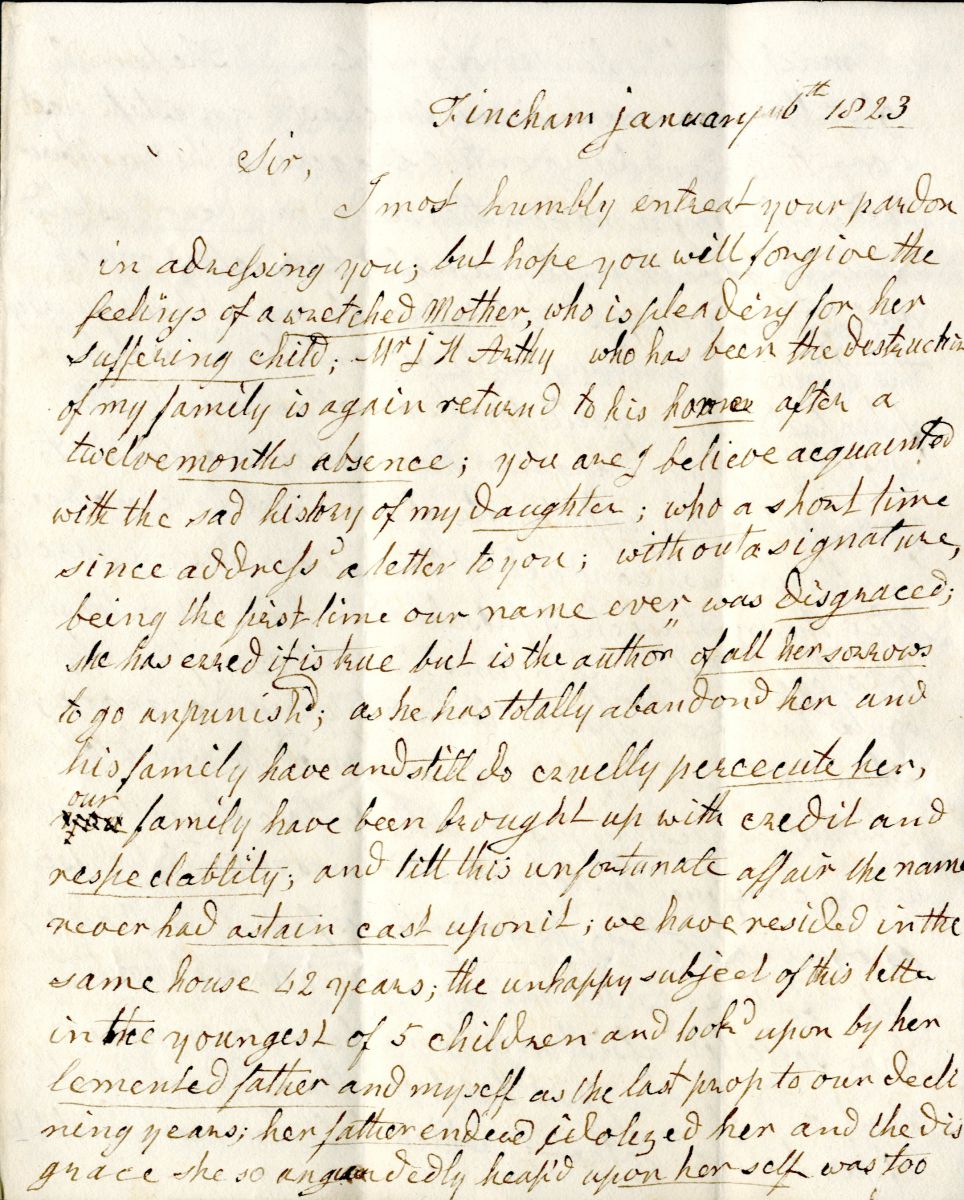 However, the Master received a letter nearly two months later from Robert Forby who was asked by Arthy to write to the Master on his behalf to recount his side of the story, presumably following conversations he had had with both the Master and his tutor. In this letter, dated 24th February 1823, Forby paints a very different picture of the situation. He suggests that Maria Parish and her family were not of such high standing in the local community, and goes so far as to describe Maria as “shameless”, of “great and notorious looseness of conduct” and of having “exclusive intimacy with low wenches of the most depraved and public characters”. He further describes occasions on which the Parish family supposedly behaved inappropriately in public and, on one occasion, on a Sunday “as my congregation was assembling”. 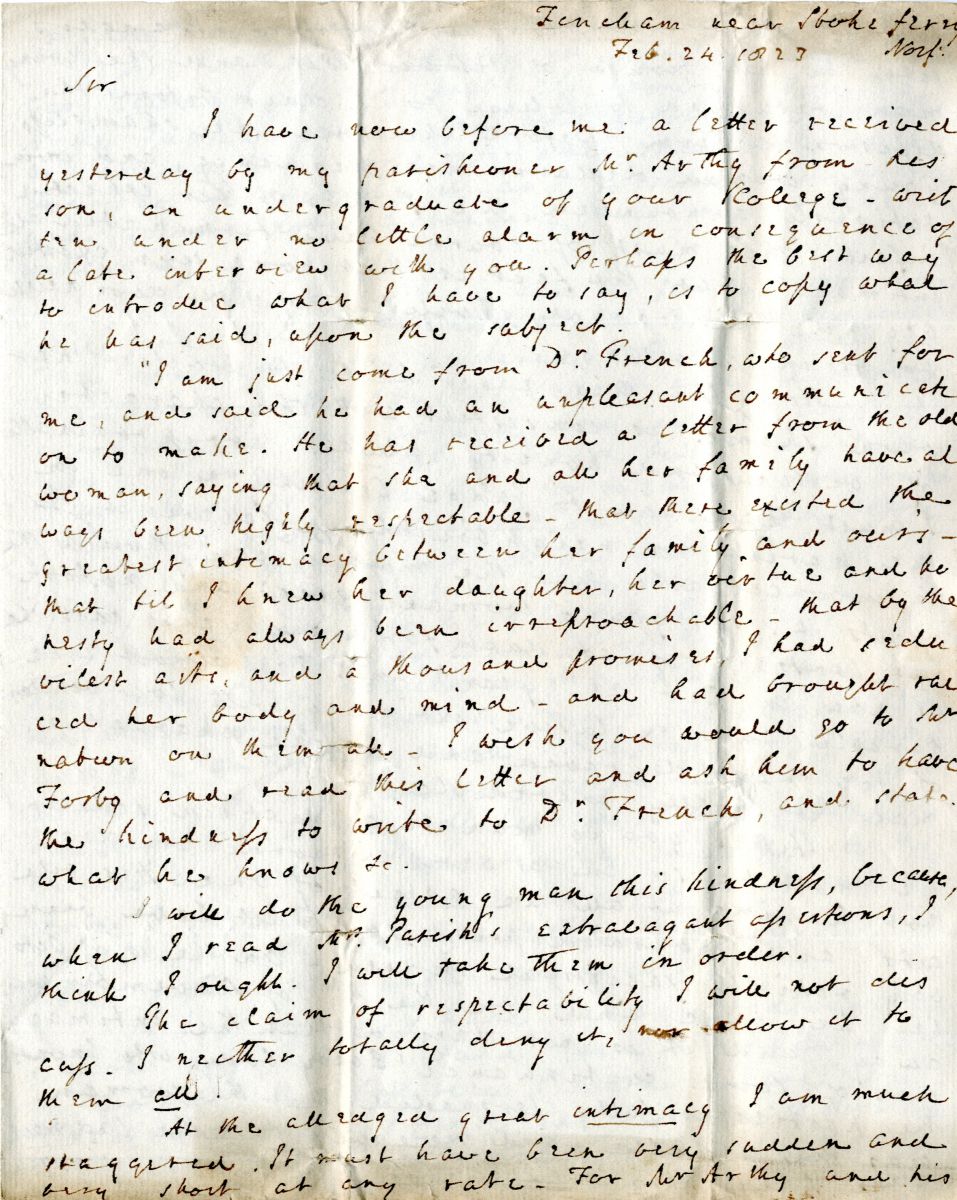 Finally, Maria sent a second letter to the Master, acknowledging she was at fault, but insists that Arthy made a vow to marry her. This letter is also partly a defence against Forby’s statment which she refers to as “that letter”.  Maria says that Forby “is where he pleases a most warm and steady friend but the most bitter enemy a person can meet” preceding this by saying Forby’s “malice and tyranny show no bounds”. Maria also highlights that Forby refused to say any prayers for her when she was ill following the birth of the child, that he also refused to Christen it “thereby denying it a christian burial” following it’s death. She also suggests that Forby encouraged owners of property in the area not to take them on as tenants follow the loss of their rented house following the death of Maria’s father, leading them to be homeless for a month with “our furniture standing in the Street”. 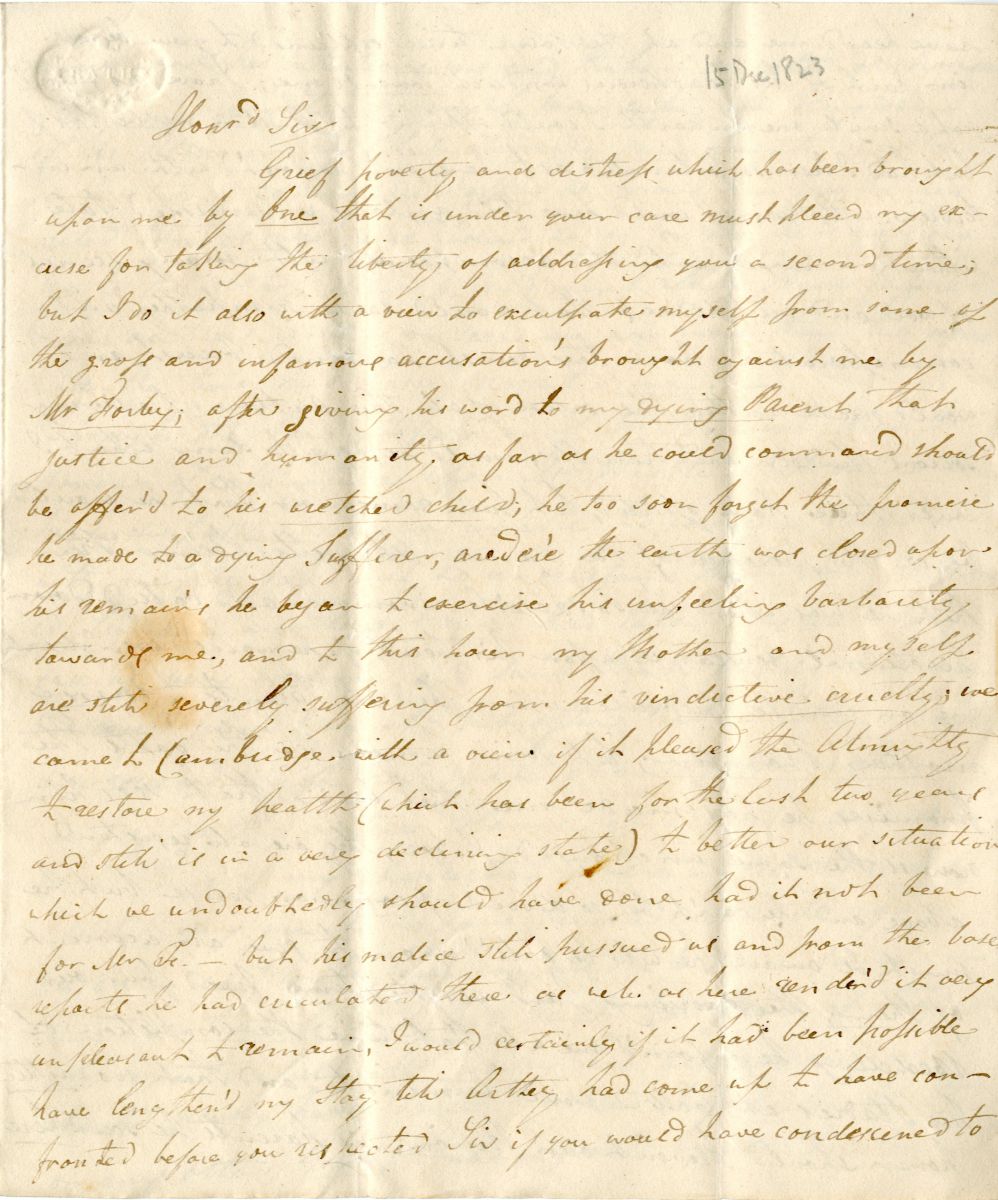 If Maria’s account of Forby’s character is correct, it does make one wonder why Forby should take such extreme measures against her and her family. Venn’s Alumni Cantabrigiensis shows that Forby was the son of Thomas Forby, a grocer, in Stoke Ferry, a village four miles from Fincham. Might the families have known each other for a long time, and might there have been some sort of long standing feud to which Forby took advantage in blaming the Parish family solely for their situation? There is inference in both Maria’s letters and the letter of Mr. Forby that the cutting of ties by Arthy might have been at the instance of his parents which might possibly hint at an intervention beyond the control of Arthy himself. Or maybe Forby’s account was true and the Parish’s were trying to get some sort of compensation from an unsuspecting John Arthy and his family?

As to the physical nature of the documents, this can also suggest things about the individuals who wrote the letters. Maria’s second letter to the Master, for example, is sealed with black sealing wax which was often used by individuals in mourning, in Maria’s case in mourning at the loss of her child and possibly her father. This shows she was probably aware of the social etiquette involved with writing letters and, in addition to her very neat handwriting and good vocabulary, suggests she was probably fairly well educated for the time. 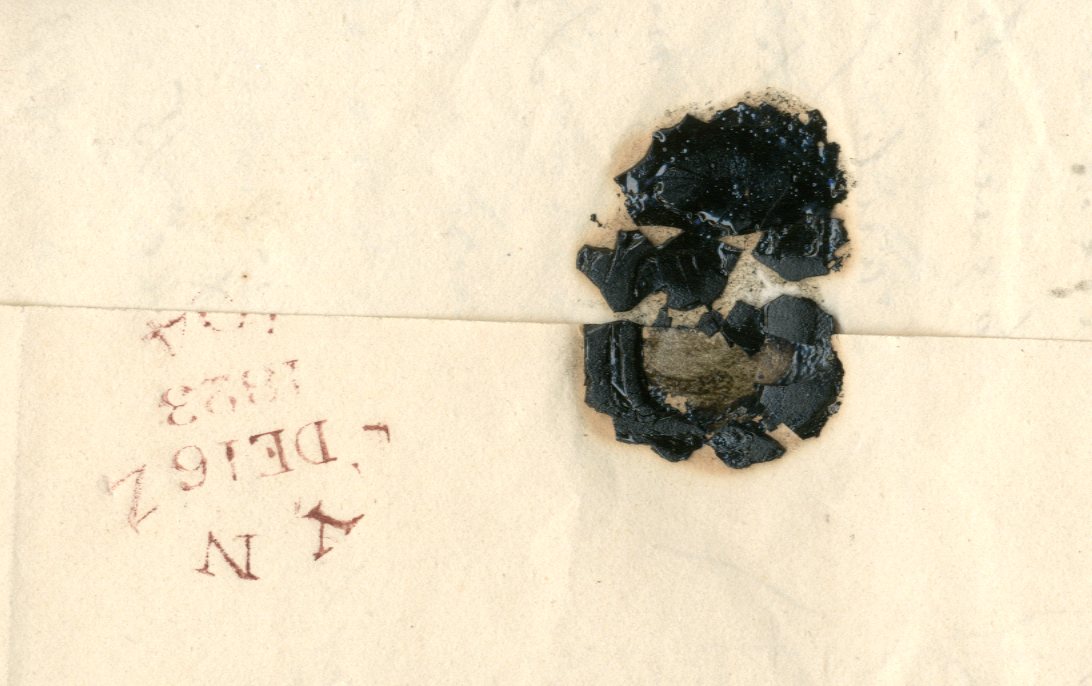 The postmark on Forby’s letter to the Master shows he posted it in Stoke Ferry although he would have lived in Fincham following an inheritance from his uncle, Rev. Joseph Forby. Perhaps with his family connection to Stoke Ferry, he still visited regularly? Although family crests and initials were far more common, Forby’s wax seal is the profile of a man. This profile, however, bears a fairly strong resemblance to a portrait of Mr. Forby held by the Norfolk Museums Service. It could be possible that Forby, being from a family background that would not warrant the use of a crest, decided to have a matrix made in his own image to use as his seal. 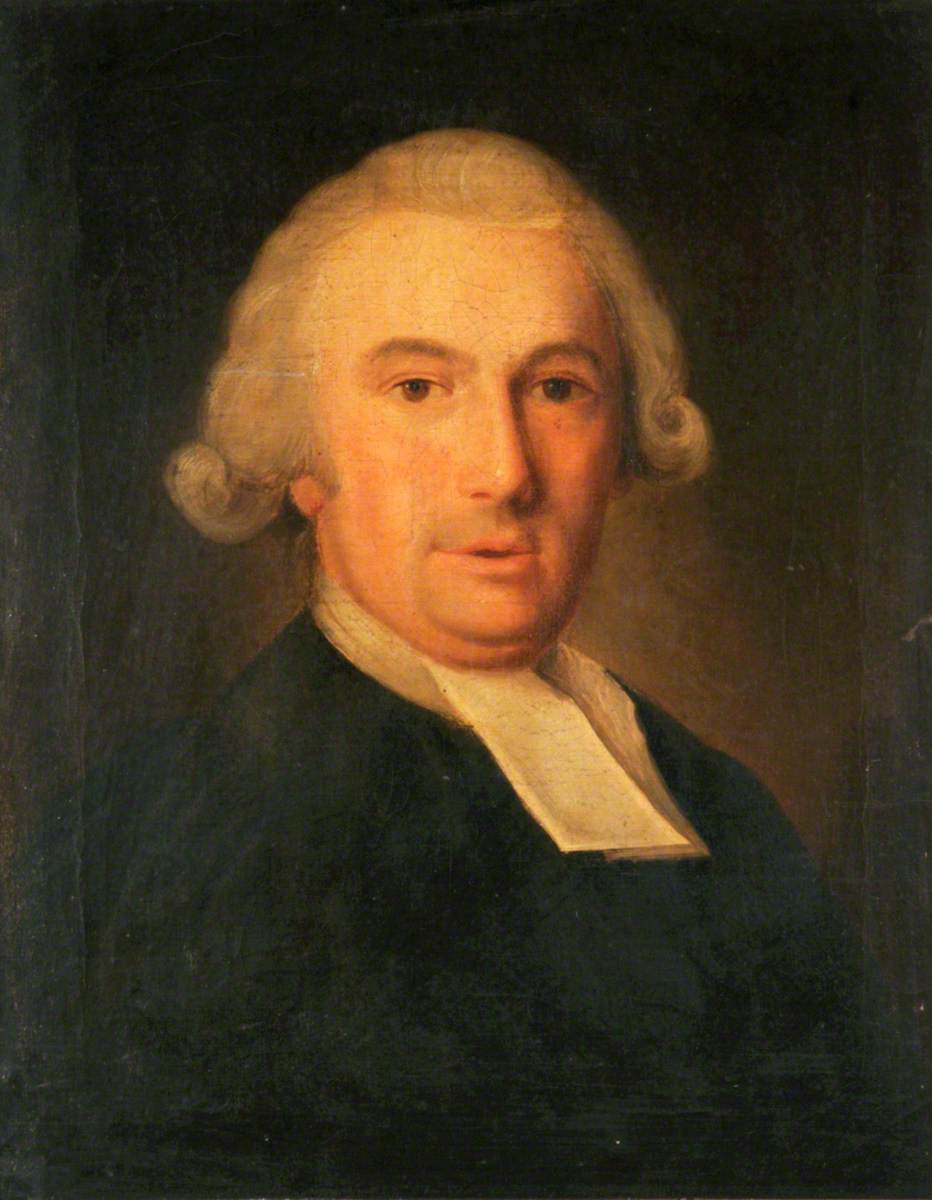 So with three different writers and certainly two very differing accounts of the situation, it is difficult to know who to believe or which elements of the stories may or may not be true. Who do you think is telling the truth? 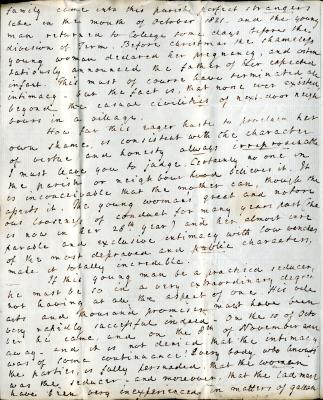 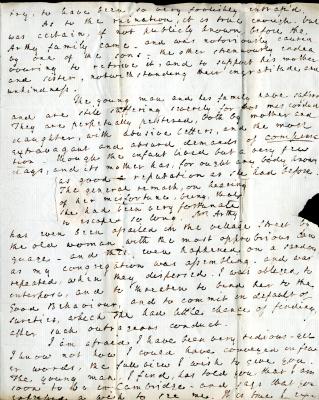 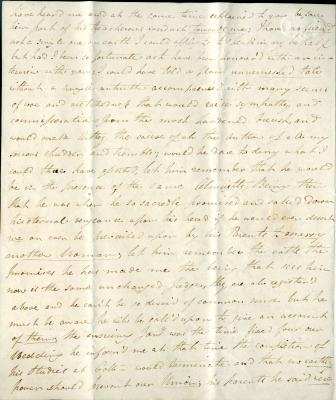 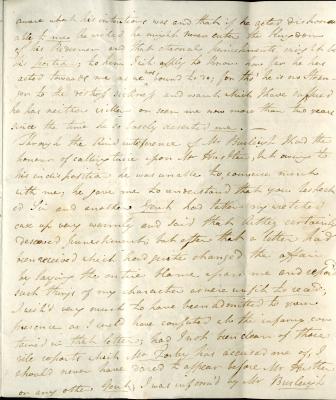 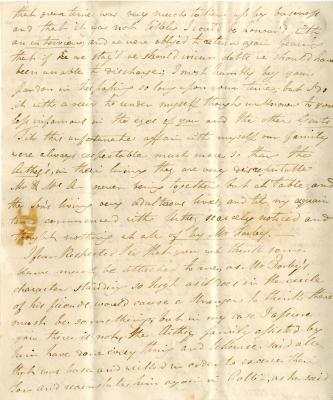 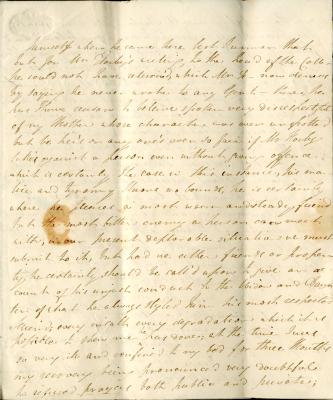 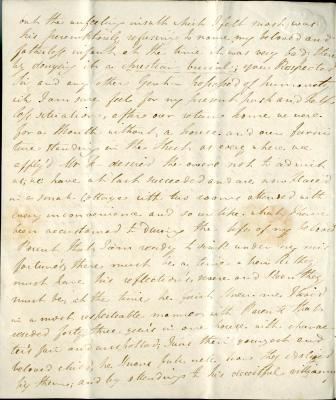 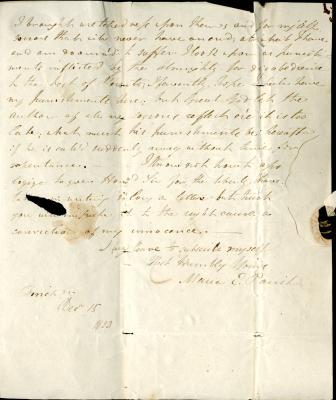 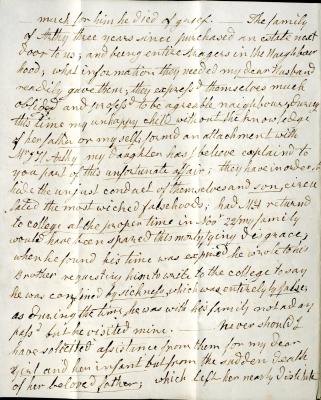 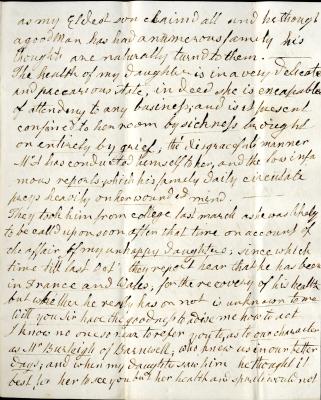 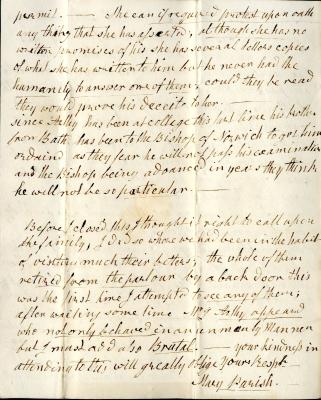 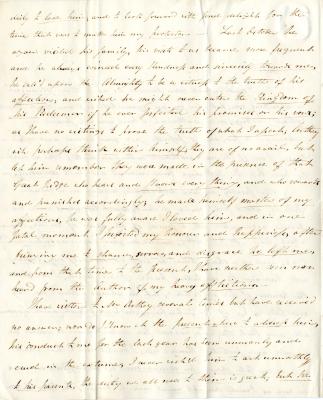 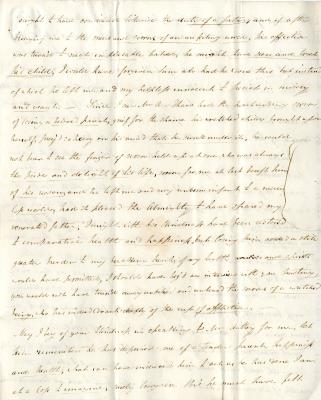 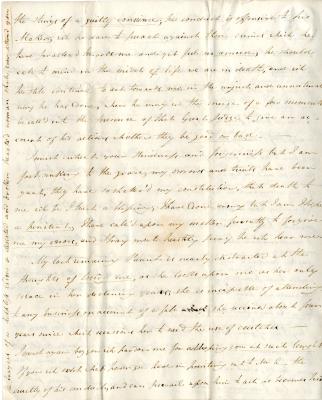