Archive of the month: An Italian neighbour

In addition to the surviving deeds and correspondence relating to College property in the College Archives, we are also lucky to have corresponding maps and plans.

Made to reflect the descriptions of properties given in historic deeds, these plans provide convenient quick reference guides to premises and enable immediate understanding of who tenanted which College properties and who tenanted neighbouring property.

As would be expected, most of these tenants are native to Cambridge or the surrounding area, with many being local tradesmen or women including for properties in 19th century King Street, Joseph Smith the carpenter, Thomas Coe the smith and William Press the chimney sweep, the families of whom had a long association working for the College.

However, one such plan for King Street property shows a name that immediately sticks out, that of the Marchese di Spineto. With very little information about the Marchese in the Archives, it seemed worth while trying to work out who he was. 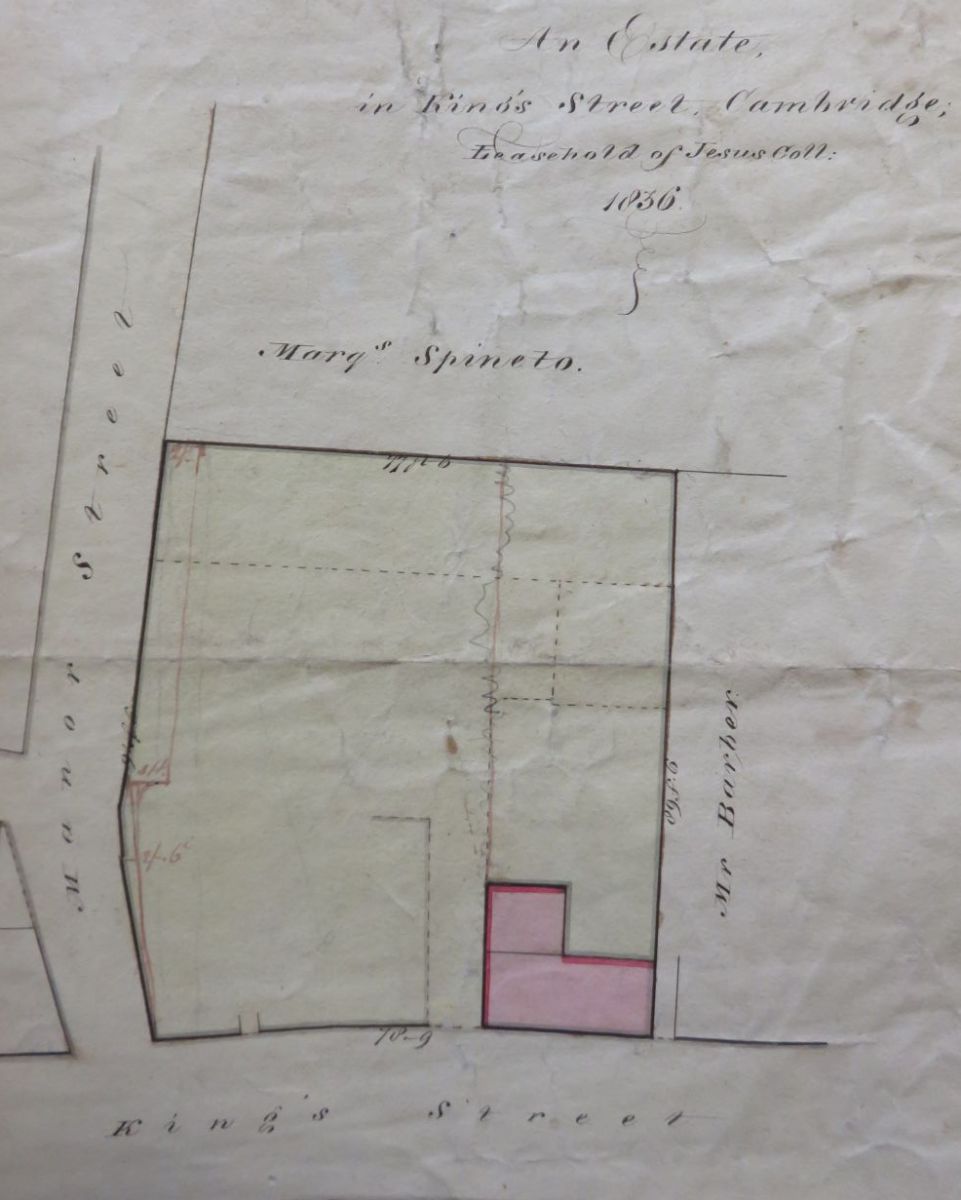 An initial search for ‘Spineto’ in Venn’s Alumni Cantabrigiensis returned only one result, that relating to John Havilland, a student at St. John’s, who married Harriet Doria, the daughter of the Marchese di Spineto, in 1846. This provided the surname of the Marchese and on again searching Venn an entry was returned listing a Nicola (or Nicholas) Doria, Marchese de Spineto.

It appears that in 1807 Spineto was nominated Italian (and occasional French) teacher to the University by Professor William Smyth, himself appointed Regius Professor of Modern History that year, a position to which the teaching or outsourcing of teaching of Modern Languages fell at that time.

In addition to his teaching duties, the Marchese clearly also utilised his language skills through interpretation of Egyptian Hieroglyphics, publishing lectures he gave on the subject at the University and to the Royal Institution in London under the title The Elements of Hieroglyphics and Egyptian Antiquities. Various letters from Spineto survive in the Archives of the Royal Institution of Manchester relating to his delivering of these lectures to members.

The dedication in this book from Spineto to George IV also hints that he moved to Britain as a result of the French Revolution and the subsequent invasions of Italy in the early 19th century, although it has been difficult to discover from which part of Italy he originated.

Further research has shown that Spineto was appreciated for his abilities as a linguist not just by the University but also by the Government. In particular, he was engaged as the official translator at the Trial of Queen Caroline where he interpreted the statements and testimonies of those individuals called as witnesses for the prosecution.

Amongst them was Theodore Majocchi. Majocchi was a former servant to Bartolomeo Pergami, the former head of Queen Caroline's household with whom she was accused of committing adultery. Published volumes of the proceedings can be viewed online, including the translations made by Spineto.

The letter recommending Spineto as interpreter for Majocchi from Joseph Planta, a British diplomat, survives in the National Archives along with other documents relating to Spineto's involvement with the trial, including correspondence, notes on related expenses and requests that he attend the trial in his capacity as translator.

As a result of his involvement with this case, numerous images of Spineto survive. In the painting of the trial by Sir George Hayter now on display in the National Portrait Gallery and included above, Spineto can be seen in the middle foreground wearing a blue coat, standing in front of Majocchi.

There are also preliminary sketches for the painting that show Spineto, including a detail of his hands, in addition to this rather uncomplimentary cartoon by John Marshall Jr in which he is depicted second from bottom left. 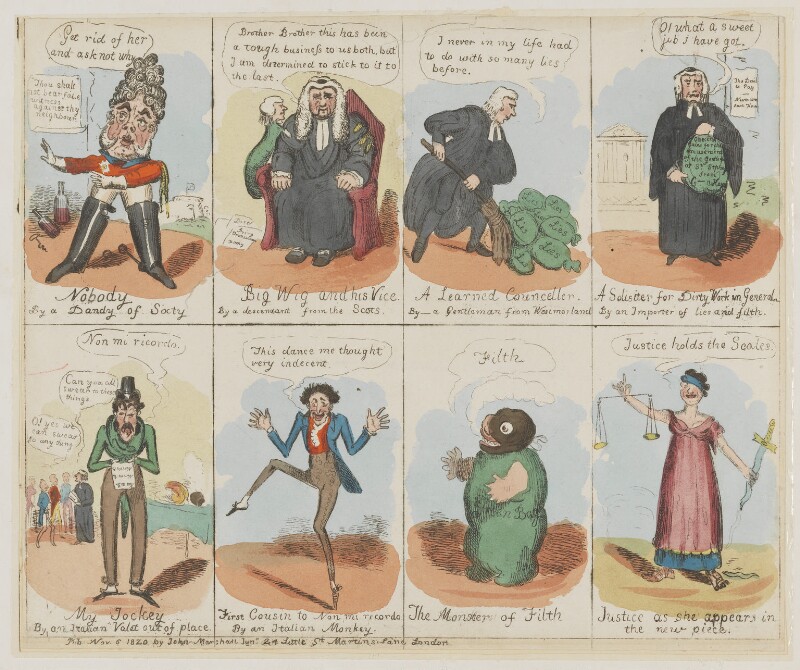 The property rented by Spineto, now known as 49 Jesus Lane, is clearly the largest and most impressive of all the properties built along Jesus Lane in the early 19th century. Considering Spineto had eleven children (four with his first wife Matilda, seven with his second wife Elizabeth) with seven under the age of 14 when the tenancy was taken on, it is perhaps not suprising that such a large house was required. A portrait of Spineto's second wife, Elizabeth Campbell of Edinburgh, survives in private hands.

Three of Spineto's sons are know to have been educated at Cambridge (Adair at Trinity Hall, William at Christ's and Samuel at St. John's) whilst three of his daughters are known to have married Cambridge graduates (Elizabeth to William Bain of Christ's, later a deacon at Ely Cathedral, Harriet to John Haviland of St. John's, and Mary-Jane to Henry Philpott of St. Catharine's who later became Master there 1845 to 1860). Spineto died aged 75 on 26th August 1849, at which point the tenancy of 49 Jesus Lane was transferred to Elizabeth who in turn leased the property until her death in 1864.

The published diaries of John Stevens Henslow, 1796-1861, include a reference to the Spinetos following their attendance at a New Year celebration on 3rd January 1838. It reads “The Marchesa ... was the second wife of the teacher of Italian and French in the University, the Marchese di Spineto. She was born Elizabeth Campbell, a ‘Scotch lady of good reputation’ and she and her husband must have been very popular at the University”.