The last Jesus College Boat Club (JCBC) men’s first crew to win Head of the River are to reunite 50 years on from their legendary May Bumps victory.

Members of the successful 1971-1972 men’s first crew which last went Head of the River will come together again to mark the milestone anniversary on Saturday 18 June, the final day of the Bumps.

A dominant year for the Boat Club, 1971-2 saw JCBC take a clean sweep in the Coxless Fours, Fairbairn Cup, Lents and Mays. With JCBC oarsmen winning every open event in the college rowing calendar it achieved a feat never surpassed, previously or subsequently, by any other College.

In celebration, members of the successful 1971-1972 crews* are reuniting at this year’s May Bumps, flying in from as far afield as Scotland, France, Mallorca, Hong Kong and New Zealand. The entire crew will also be gathering at Henley.

Cox Henry Wheare (1971) recalls the moment they stayed Head of the Mays. Despite first and third Trinity overlapping by four feet at Grassy Corner, they were seen off with spectacular Power 20 from Jesus and were well away by Ditton.

"John Fisher had to shorten his stroke to avoid being hit and the look of horror on his face was enough to tell me, without looking round, that we needed to go wide and keep up the pace”, explains Wheare, “First  and third followed but could not take the corner without slowing down. We were well practised at getting round the corner without much rudder.  We put in a massive 20 strokes at the straight and rowed clear away”.

Iain Boyd Whyte (1971) at Bow describes the previous day's chase down the Long Reach. "Out of the corner of my eye, I saw the Master (Sir Denys Page) and his wife running alongside cheering us on. She, sadly, was not in good health, and I had a very strong sense that we should make the bump as quickly as possible, just in case poor Lady Page should keel over in all the excitement.  Fortunately, we bumped out just after they had joined us from the towpath, so my fears were averted".

Fifty years on, the Women's VIII has regularly achieved the headship and are second on the River with the Men at 12th. With five women and one man returning from the university crews, and a very successful Lents for the Men, it should be an exciting Mays. Can the Women reclaim their crown and the Men their oars in 2022? 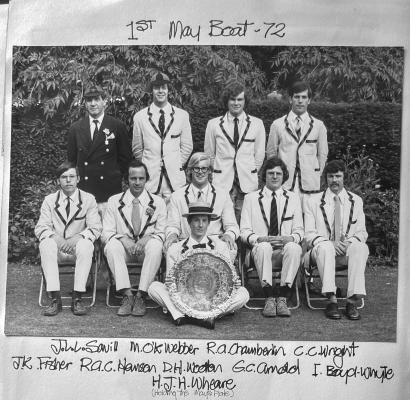 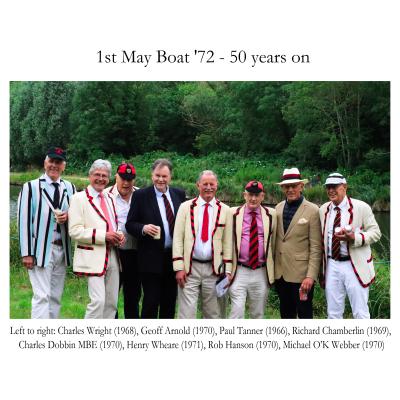 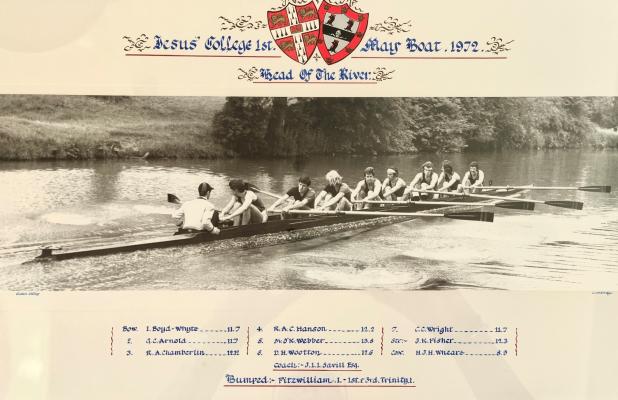 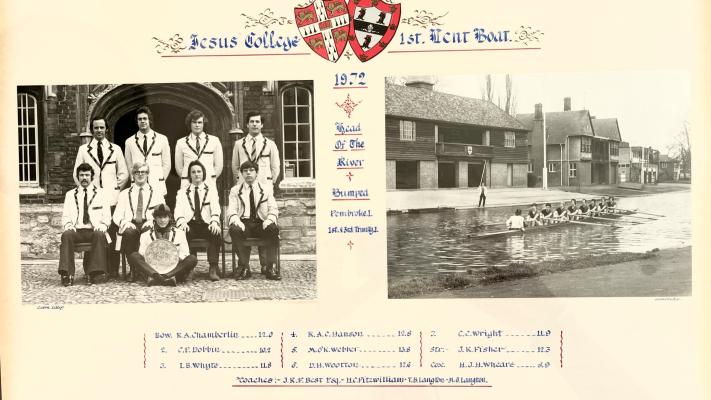 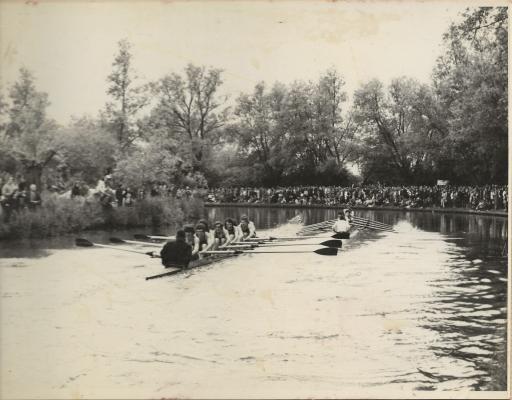 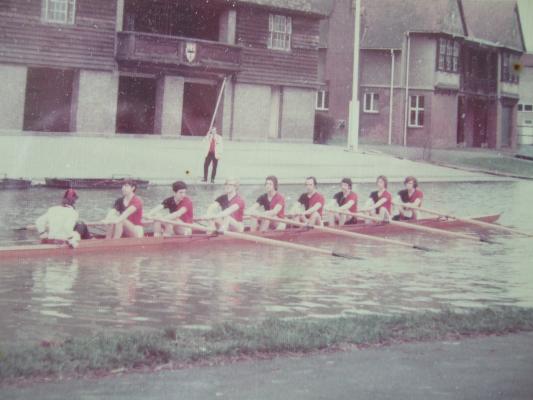 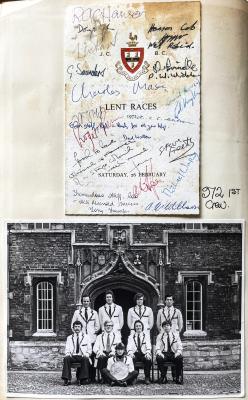 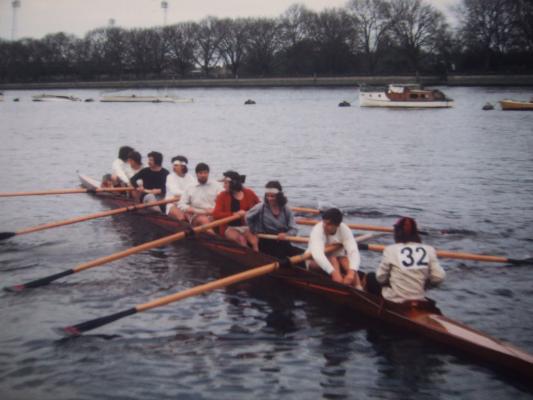 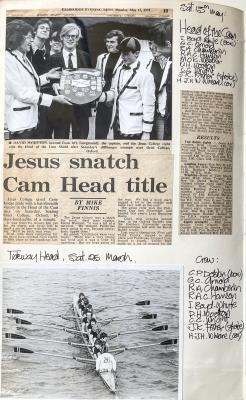 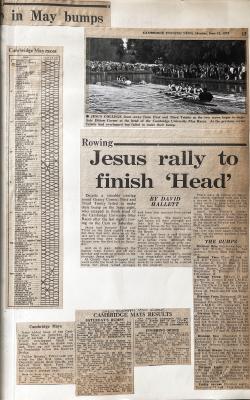 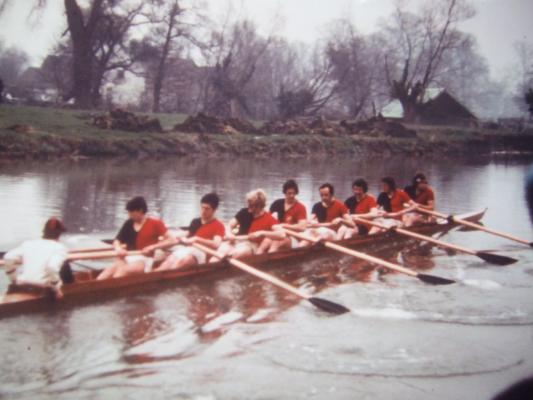 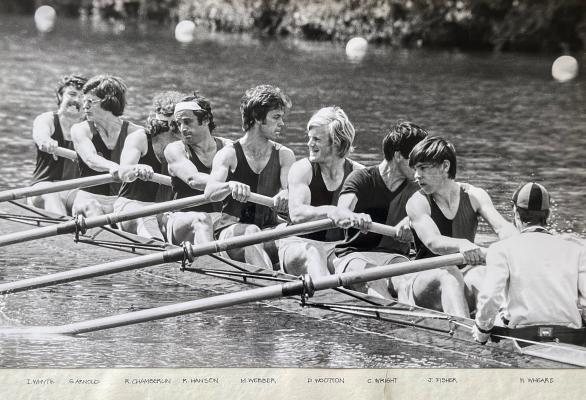 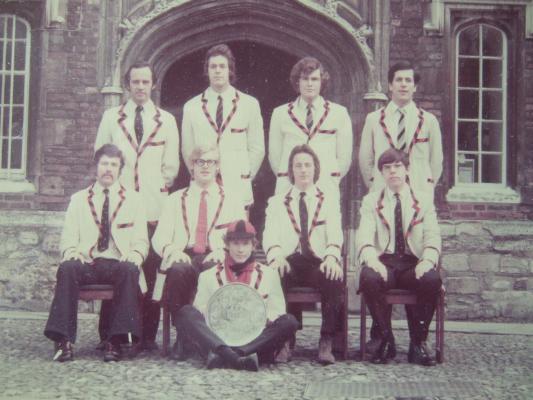 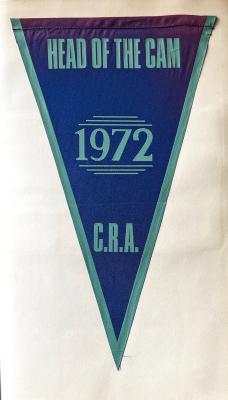