The Chapel contains both beautiful works of art and fine carvings.

In the North Transept is The Presentation of the Christ child in the Temple, painted by Jean Baptiste Jouvenet (c. 1700), and formerly used as the Chapel’s altar-piece from 1796 to1846.

In the Inner Chapel is a large depiction of The Last Supper, an example of the art of the Venetian School (attributed to Leandro Bassano, late seventeenth century, given in 1898). The painting was  orginally intended for a guild chapel, with the top-right hand corner of the painting including four of the guild’s members looking in, but now adorns the south wall of the nave.

The majority of the richly carved choir stalls and screen are nineteenth century reconstructions of the sixteenth century Chapel furnishings. However, three carved figures survived from the 1500s - two doctors of divinity and a bishop - and were incorporated into stall ends within the Inner Chapel. These were used as models by James Rattee, a young Cambridge joiner and wood-carver, when making the stalls between 1848 and 1849.

Another remnant of the Chapel's woodwork can be seen at the end of the Master's stall within the Inner Chapel, showing Bishop Alcock at prayer. 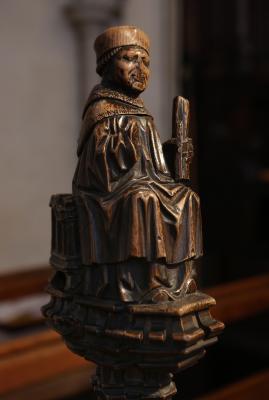 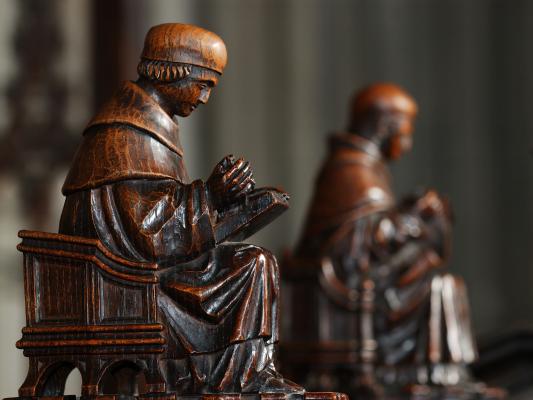 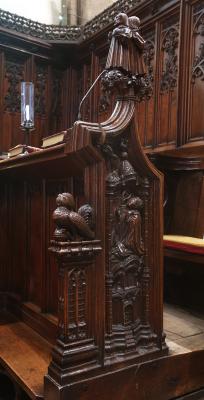 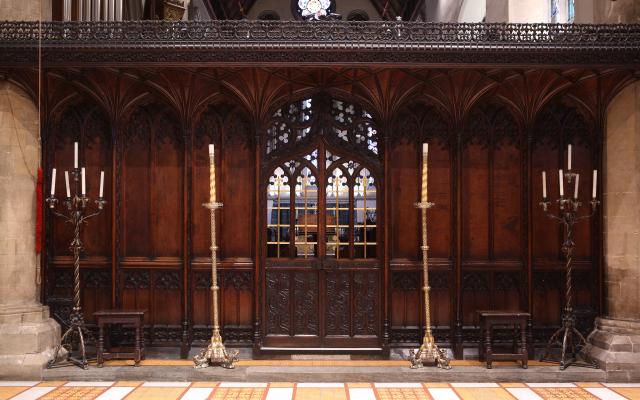 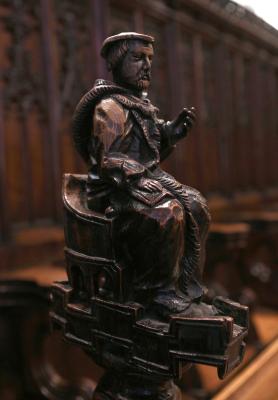