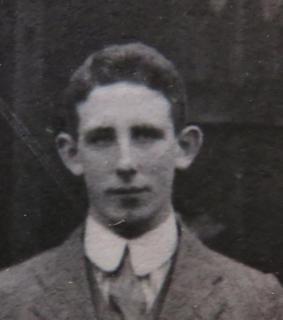 He was the only son of Dalrymple Maitland, the speaker of the House of Keys on the Isle of Man, from 1909-19. He was awarded an entrance scholarship of £40 for History by the College in December 1909 (Jesus College Society Annual Report, 1910, p23).

Whilst at College it appears that he was a keen rower and maybe slightly better than the Jesus College Society Annual Report obituary for him suggests: “He rowed in the May and Lent races many times, but never obtained first boat colours” (1916, p25).

He also rowed in pairs, and the clinker fours, including at Henley Regatta. At the recent silver audit in College we discovered the ring plate that would have once been on the base of the Farquharson Pairs trophy, which Maitland won with J H Goldsmith (1909) in 1912 (Jesus College Boat Club, p263). 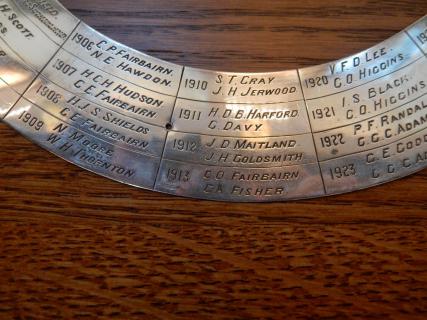 Maitland was also involved in other aspects of College life, helping to put together a “well-balanced programme” for a smoking concert on 5 March 1912 (Chanticlere, Lent Term 1912, p39).

According to his obituary he was “a prominent member of many debating societies and gave promise of a successful career at the bar and in politics” (Jesus College Society Annual Report, 1916, p25).

Indeed after attaining his degree via the History and Law Triposes he had entered Middle Temple in 1914. At the outbreak of war he joined the Public Schools Battalion before receiving his commission in the 9th Duke of Wellington’s Regiment.