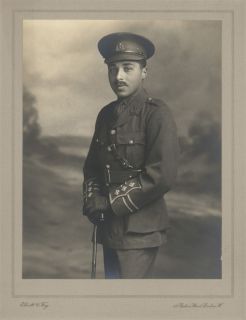 Schiff was a slight man, as can be seen in his photograph, and is further verified by the Jesus College Boat Club records which show that he weighed 8st 5lbs. He was, of course, the perfect weight to be a cox and like many of his contemporaries was briefly involved in the activities of the Boat Club. The 5th Jesus College Cambridge Society Annual Report , p 25 recorded that in 1908 “the great triumph was the Clinker Four, which beat Trinity Hall by something like the fraction of a second and the record by eighteen seconds, the time being 7 minutes and 45 secs.” Schiff was the Cox of this winning boat, but seems to have rested in his laurels after that and concentrated on his studies. The £30 exhibition awarded to Schiff was well deserved as he gained a first in History Tripos I in 1909 and in Law Tripos 1910.

The Keeper of the Records book records that he was articled to Messers Stephenson, Harwood and Co before qualifying as a solicitor in 1913.  Shortly after the outbreak of war he joined the Inns of Court OTC and became a Musketry Officer at Hythe. He did not go to France until January 1917 and was in killed in action at Gouzeaucourt in September of the same year. His Colonel wrote “He died at the head of his men, by whom he was beloved, at the moment of success, and I know that that was the death he would have chosen.” (Jesus College Cambridge Society Annual Report 1919, p 30)

His mother donated £400 to the College for a History Prize to be founded in his memory. It is still awarded annually to the top historian each year. The prize winner in 2017 was George Pitt