Mark Robinson Pease was due to matriculate in October 1914 after resigning his commission in the East Yorkshire Regiment. 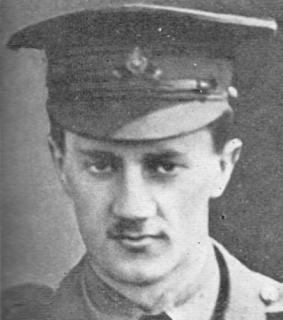 His College career ended before it had begun in July 1914 when he joined the special reserve of officers and on the outbreak of war was called up to re-join his regiment. He went with them to France in September 1914 and thus, in spite of having been admitted to membership of the College, he never matriculated.

We know little of him beyond this. He followed the footsteps of his father, Colonel H. R. Pease into the army and at the time of the 1911 census he was a student at Sandhurst.

The inscription on his gravestone at Houplines Communal Cemetery extension, chosen by his father, reads “I thank my God on every remembrance of you”. The Commonwealth War Graves Commission has further details.