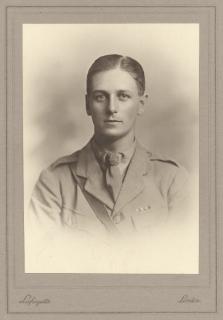 According to his obituary in the Jesus College Cambridge Society Annual Report 1919 he was not able to fully take up this commission until January 1917 as he had undergone an operation in the intervening time. The obituary goes on to say that on his return “he made an important attack on an important village and for this he was awarded the Military Cross” (Jesus College Cambridge Society Annual Report, p24). The citation for the award, published in the London Gazette on 20 July 1917 was:

Note: Commonwealth War Graves Commission records for Harvest have two dates for his death: 20 June and 21 June 1917. It seems that 20 June is the date that appears on his headstone.