Edwin Spencer Chandler came up to Jesus College, as a History Exhibitioner, in 1914 from The Leys School. 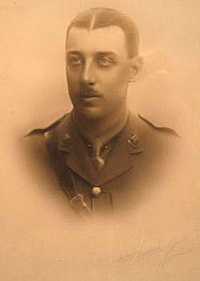 The Jesus College Society Annual Report obituary for Chandler says that he was “A youth of many gifts and great promise” (1916, p20). It goes on to say that due to good territorial training while at school he was commissioned in his first term of residence at College.

The Annual Report further records that “He fell South-East of Ypres late in February 1916, being seen fighting hard to stop the inrush of Germans down the trench” (1916, p20).