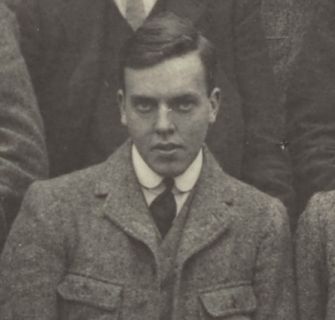 His obituary in the Jesus College Cambridge Society Annual Report 1919 claims that he was prominent in in the CUOTC and enjoyed field sports, particularly cricket and football.

This is borne out in Chanticlere in all three areas.  In Lent Term 1912 he was responsible, along with J D Maitland for putting together “well-balanced programme” for I Company’s Smoking Concert held on 5 March.  The reporter stating that “Altogether we spend an amusing and instructive evening, for D*v*d gave us an object lesson in taking cover behind a tree during his song; but surely he had no need to fear projectiles! Besides this we were treated to an exhibition of arithmetic by a well-known professor”. (p. 40)

Furze’s footballing skills were to be found at “outside left” where, according to the captain, he “manages to get the ball down the wing and sometimes centres, works very hard.” (Lent Term 1913, p. 34)  His cricketing skills were deemed less good as he proved to be “an erratic wicket-keeper, though the steadiest of “No. 11” bats”. (Easter Term 1913, p. 29)

There is one further mention of Furze in Chanticlere under “Mottoes and Remarks for Correspondents” which merely says “Claude – “The voice of . . . shaketh the wilderness of Cades.” (Michaelmas Term 1912, p. 40)

His obituary says that despite recovering from an operation he joined the London Regiment at the outbreak of war in 1914, eventually becoming a Captain before he died from wounds received in action on 6 April 1918.