Students who already know which branch of science they want to study (for example Physics or Genetics) are able to do just that, while also having the chance to study related sciences which support their main discipline. This enables Cambridge students to become more rounded scientists, something which is increasingly useful as modern scientific research cuts across traditional disciplinary boundaries.

Another advantage of the Cambridge course structure is that those who have broad scientific interests can maintain this breadth before finding their areas of specialism as the course progresses. Many students find that their interests develop as they are exposed to new areas of science which they have not studied at school, and will end up specialising in a field which they would never have even considered if they had followed a University course in a single narrow discipline.

The key to the Natural Sciences degree structure is that it provides students with choice and flexibility, not only at the start of the course, but also as it develops.

Natural Sciences is by far the largest course in the University, and at Jesus 15 to 20 per cent of our undergraduates are studying Natural Sciences. There are over 20 Fellows of the College who work in the scientific departments in which the courses are taught.

The Physical Science subjects are:

Students typically choose three of these subjects to study in their first year, or alternatively might study one of the Biological options. First years also study Mathematics. Directors of Studies coordinate supervisions and will support students in choosing their combination of subjects and courses, which in some cases will be limited by their A-levels.

In the second year Physical scientists will begin to focus on their areas of greatest interest, typically studying two sciences before finally specialising in one area in their third year. The vast majority of Physical Science students at Jesus continue to a fourth year, earning an MSci qualification.

Our group of Physical scientists is well balanced across the sciences, typically having a handful of students in each year specialising in each of the subjects. We also have Fellows based in each of the four departments.

The Natural Sciences course teaching mostly involves lectures, practicals, and supervisions. The lectures, usually given to several hundred students, are held in the mornings, and the College is ideally located just a few minutes away from the city centre lecture theatres.

Practical classes, which students attend two or three afternoons each week are based in different departments around the city, but even the furthest locations are only a 15 minute bike ride away from Jesus.

The supervision system is essential to teaching at Cambridge, and at Jesus you'll have regular supervisions in small groups of two to three students. In the first year you'll have four supervisions a week, mostly with teaching Fellows, post graduate students, or other senior members of the College. These will usually be held in College.

The College encourages students to participate in scientific research placements in universities and companies in summer vacations. Many Physical Science students take part in these activities, for which financial support is available.

Despite the busy nature of the course, Natural Sciences students at Jesus still find time for extracurricular activities including sport at College and University level, performing in plays and stand up comedy, music, art, and a wide range of other activities.

Find out more on the University webpage.
What we look for

Conditional A-Level offers are typically for two A* and one A grade at A-Level or equivalent, or A*A*AA for applicants offering four relevant A-Levels. You don't need to take a Sixth Term Examination Paper (STEP) or Advanced Extension Awards (AEA).

An A-Level or equivalent in Mathematics is essential, as is at least one A-Level in Chemistry or Physics. AS or A-level Further Mathematics isn’t essential but is complementary to topics taught in the first year Mathematics and Physics courses.

In general the wider the range of science subjects you study at A-Level, the greater choice you will have in the first year of the course and afterwards. Certain A-Levels are needed for certain subjects, such as A-Level Chemistry for those who intend to study first year Chemistry.

All applicants for Natural Sciences are required to take the Natural Sciences Admissions Assessment (NSAA) at an authorised assessment centre (usually your school or college), for which you must be registered in advance. Find out more on the University website.

In 2022-23, we’ll be interviewing shortlisted applicants virtually, with interviews taking place in December.

The interview process aims to assess your intellectual ability, potential, and commitment to the subject. Candidates are typically interviewed by at least three subject specialists, including the Director of Studies, and total contact time will be between 35-50 minutes in total. This could be in a single interview, or in two separate interviews. A range of science topics will be covered, but the focus will be on the sciences which you highlight as your main interests. For example, if your personal statement focuses on your interest in Physics, you can expect some Physics questions at interview. Further details will be made available to candidates closer to the time.

You can watch a video of an example interview to get a sense of what to expect.

If you plan to take a gap year you can still apply for the course. It's good to have a clear plan of the travel and experience you propose for your year, and we'll view work or projects with some scientific connection positively. 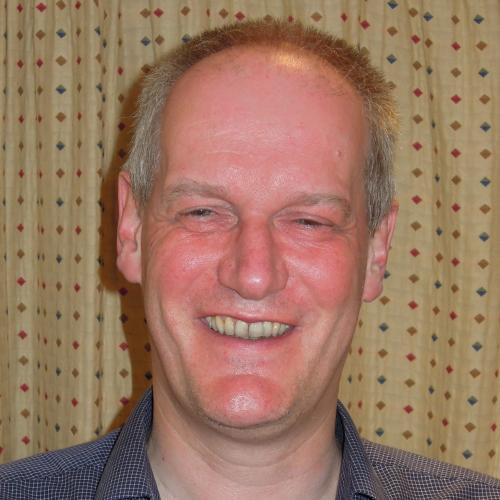 "I hugely enjoy the combination of University administration in the School of the Physical Sciences with teaching Physics in Jesus." Jim Bellingham is a Director of Studies in Natural Sciences at Jesus College. 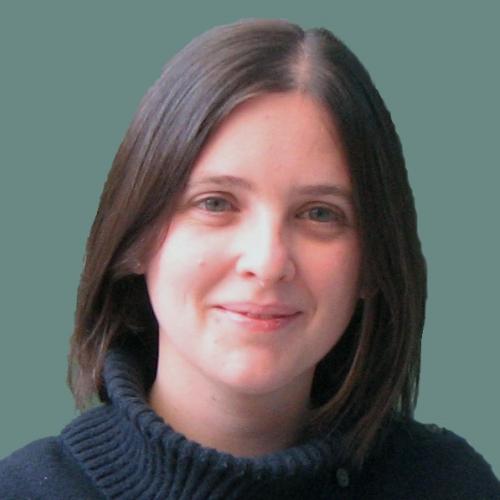 Siân Dutton is Professor of Physics and Solid State Chemistry, and a Director of Studies in Natural Sciences at Jesus College. She is interested in the relationship between the composition, structure, and physical properties of inorganic materials. Her interdisciplinary research explores new materials for rechargeable batteries, solid-state magnetic cooling, and photovoltaics. 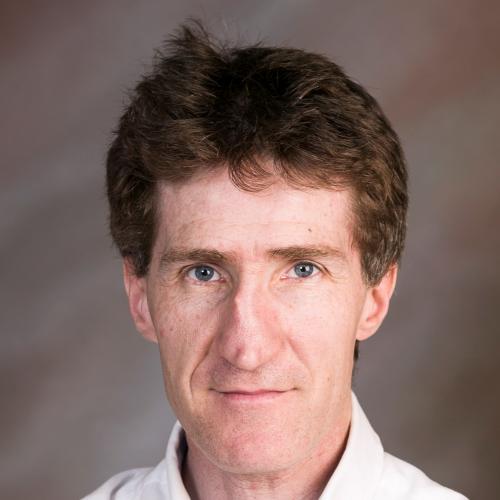 Stuart Clarke is a Professor in the Chemistry Department and the BP Institute, and a Director of Studies at Jesus College. His research centres on molecules at surfaces and explores how molecules can help in a variety of areas from washing your hands to oil recovery. His academic interests include colloids, surfaces, interfaces, and polymers. 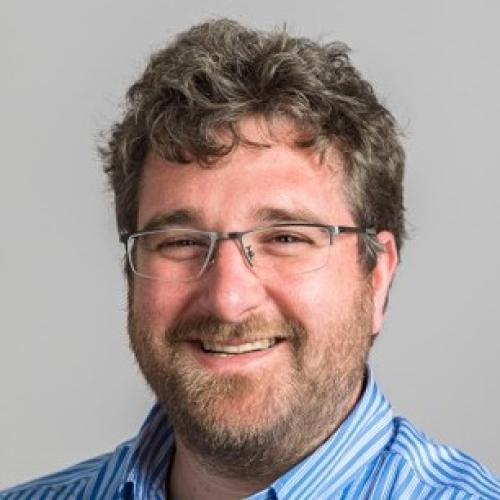 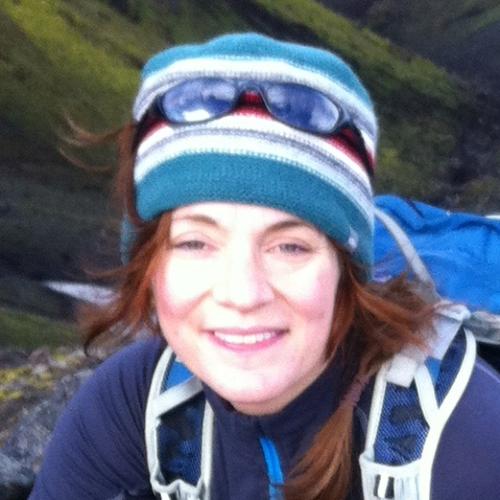 Helen Williams is a Professor of Geochemistry and a Director of Studies in Natural Sciences (Physical) at Jesus College. Her research involves using new stable isotope systems to understand the chemical evolution of the Earth and other planets. 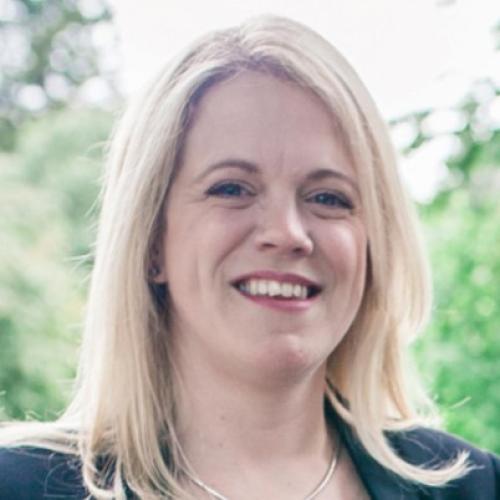 Rachel’s main research area is the design of functional materials which absorb, produce or respond to light. Such materials are the basis of many cutting-edge technologies, including light-emitting displays, solar cells and optical sensors. Focus is placed on the development of ways to control the structural organisation of photoactive materials, across multiple length scales, since this controls their key optical properties. 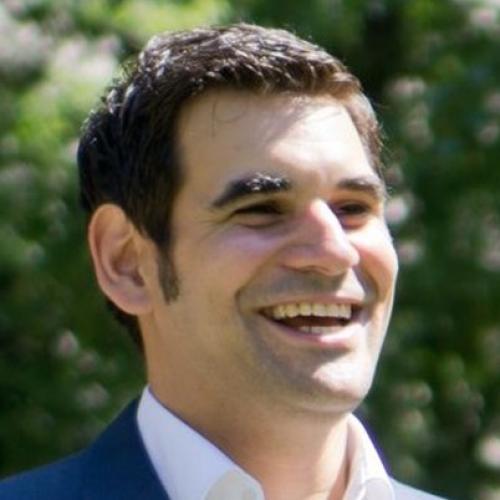 Ulrich Schneider is a Fellow of Jesus College and Professor of Many-Body Physics. His main research interest is many-body dynamics, emergent phenomena that only appear when many particles come together, typical examples being superfluidity or magnetism.