​Ronald Lee Pyman, came up to Jesus College in October 1905 from Dover College. He graduated in 1908 after achieving a 2nd class degree in the Historical Tripos. 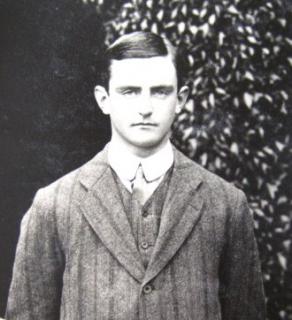 The 1907-08 Jesus College Cambridge Society Annual Report records that Pyman was the Honorary Secretary of the very successful Jesus College hockey club, for whom he also played at full-back. The 1907-08 season, Pyman’s final year, was the third consecutive season that they had been top of the league. They also defeated Brasenose College, Oxford 6-2 that season.

The 1907-08 Annual Report comments “Few years nowadays, fail to witness the establishment of some private debating or literary society: the “Roosters” for instance, are a product of the present year, the “Nomads” and the “Hendeca” are slightly older, while the Farragoes”, now under the Presidency of R.L. Pyman, are a body of quite respectable antiquity by now” (p36).

In the 1918-19 Jesus College Cambridge Society Annual Report obituary for Pyman he is described as being “perhaps the wittiest man of his time”. It also says that he was “an excellent platform speaker and hoped ultimately to enter upon a parliamentary career.” His stage presence perhaps came from appearing in the 1906 Footlights production “A Classical Trip”. (Footlights! A Hundred Years of Cambridge Comedy by Robert Hewison, p195).

When he left College he joined the Imperial Oil Company as an Assistant Manager in Melbourne, Australia. According to the obituary he was in England at the outbreak of war and joined up immediately via the Inns of Court OTC.  He spent some time in France and was at one point invalided home. He returned to the Front in April 1917. He was killed in action in May 1917

His obituary ends “He leaves a widow and a son” (pp28-29). His son was Lawrence Lee Pyman who came up to the College in October 1935 to study engineering, graduating in 1938. He joined the R.A.F. as a Pilot Officer and was killed in action in August 1940. He is commemorated on the 1939-45 War Memorial in College.