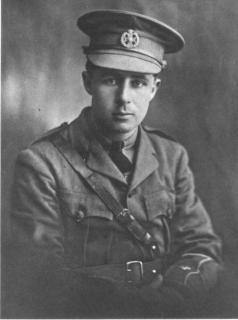 Mason was a keen golfer and cricketer

The Jesus College Society Annual Report obituary claims that he tried hard to gain a University blue at golf but ultimately failed to do so.

It also appears that Mason may have been a keen cricketer though his ability and dedication are a matter of some debate. In his obituary he is described as a “stylish bat and a most willing fielder” (Jesus College Society Annual Report, 1915, p30).

However, Chanticlere claims that it was difficult to muster a team in Easter Term 1914, and although Mason and others all put up “stunt” turns at various times, it was not a great season.

Indeed it appears that maybe Mason had other things on his mind as Chanticlere reminds him that “a tweed cap which may be suitable for Parker’s Piece should not be worn on the cricket field even if ladies are present” (Chanticlere, Easter Term 1914, p37).

The tweed cap was obviously the latest fashion for students around this time as we have several photographs in an album, donated to the archives by a former Jesuan, of students wearing tweed caps and the 1911 matriculation photo shows several students sporting them – the first time any form of hat had appeared in such a photo!

Mason, like many others, was a member of the Cambridge University Officer Training Corps, and received his commission in August 1914 whereupon he joined the second battalion of the 6th King’s Rifle Brigade and went to France in December. He was killed in action at Neuve Chapelle on 12 March 1915. Our image is from Oundle Memorials of the Great War.

“He was a steady, merry, youngster, well-liked by a large number of friends” (Jesus College Society Annual Report, 1915, p30).

NB. There is an interesting discussion on the Great War Forum about this man and the circumstances of his death.