Income from College property supported the aims of the College and ensured that education in the form of scholarships, particularly for poorer students, could continue.

In order for that income to be realised, however, those properties required tenants. Much of the College property in the 17th and 18th centuries was in Cambridge itself, in nearby villages and slightly further afield in the rest of the county, with a few properties in the City of London and Surrey. This property was mainly residential or agricultural, but some of the properties were utilised as businesses, particularly as inns. The names of just some of the inns owned by the College include the Dolphin, the Christopher, the White Bear, the Sun, the Star and the Ship. Indeed the Ship made up part of the property donated by Lady Price in 1620 known as Sedge Hall.

Some of the leases for College properties and estates were taken on by women as well as men, including Mary Bond and her daughter Elizabeth (1617), Mary Hammond (1633) Elizabeth Martin (1708) and Dame Frances Willys (1731). Although many women became tenants on the death of their husband or some other male relation others, such as Mary Hammond, appear to have taken on tenancies in their own right. Perhaps of particular interest are the terms of her lease for a property on Jesus Lane, the site now occupied by Little Trinity. The lease states that under no circumstances is she to convert the property into a ‘common or private alehouse’, a term that wasn’t included in either previous or subsequent leases for the same property. The College accounts show Mary paying rental income for the Dolphin Inn further down Jesus Lane so perhaps there was some reason why the College did not want her to have two inns in such close proximity to each other. 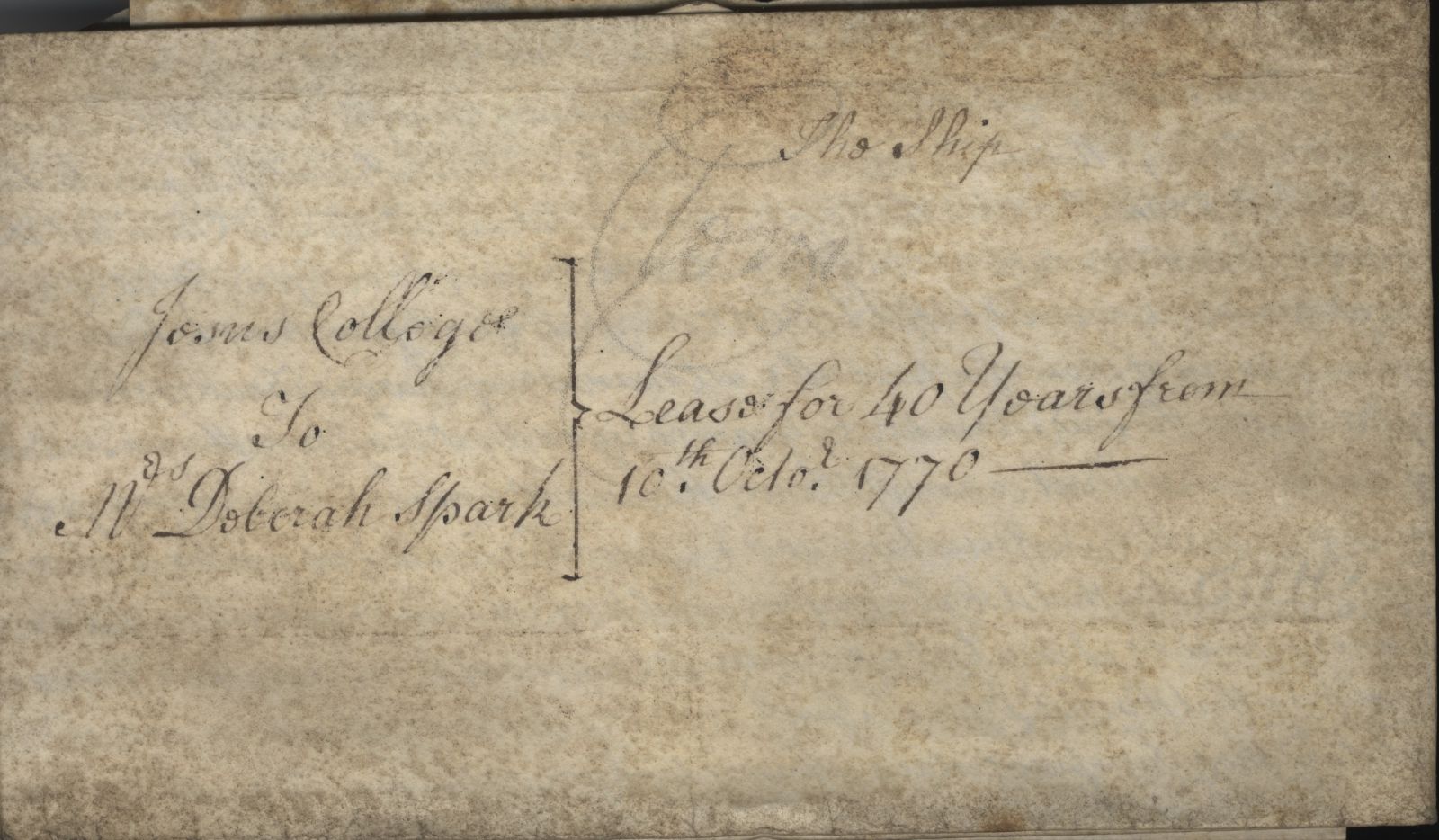 Shown above is the lease and counterpart for the Ship Inn, dated 10th October 1770 which is to Deborah Spark(e) (1694-1773), the widow of John Spark. In about 1727, John bought the Thompson family’s brewing business on Thompson’s Lane, in turn selling the business to a Thomas Ewin who was Deborah’s uncle.  It is perhaps not surprising that Deborah and her husband John, who both clearly had links with the brewing trade, took on the tenancy of an inn.

The functions performed by inns and coffee houses are known to have been similar, with archaeological evidence showing significant overlap between items found at coffee houses and inn sites. The items shown in the image gallery below were found during excavations carried out between 2005 – 2012 at the site of Clapham’s Coffee House, which stood roughly on the site of the existing Old Divinity School building opposite the main entrance to St. John’s, and which was run by the husband and wife team William and Jane Clapham between c.1748 and 1762. They give an idea of the types of objects that tenants of the College-owned inns would have handled on a daily basis. 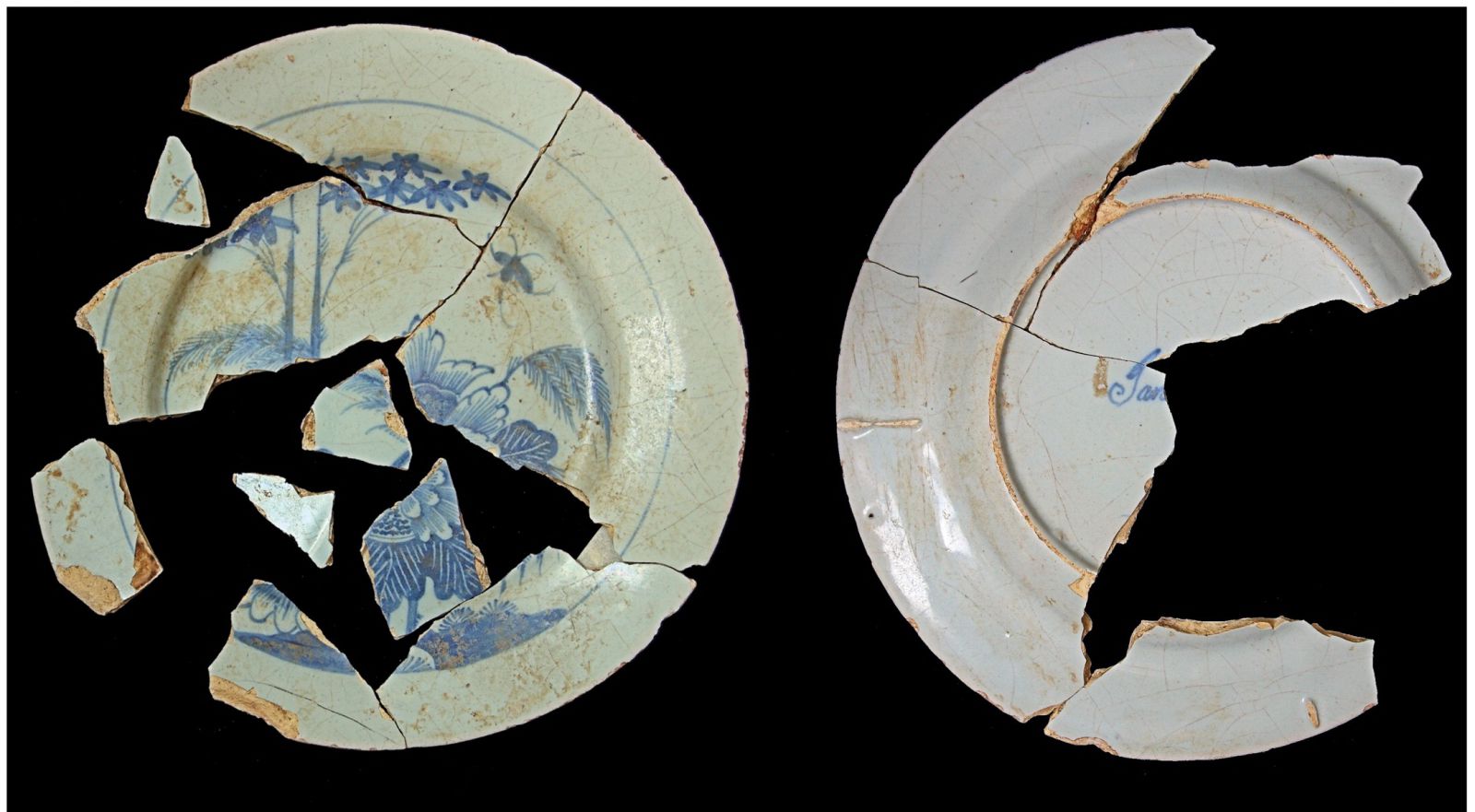 The fragments of tin-glazed earthenware plates (ref: STJ07 <532>) represent two of three such plates, decorated in dark blue on light blue, that are linked to Jane Clapham, and were manufactured c.1746–79. They show few signs of damage or use, and it is possible that they were intended primarily for display or were reserved for particularly favoured customers. Jane Clapham was never the coffee house licensee, but the presence of her name on the plates suggests that she was closely involved in its running. 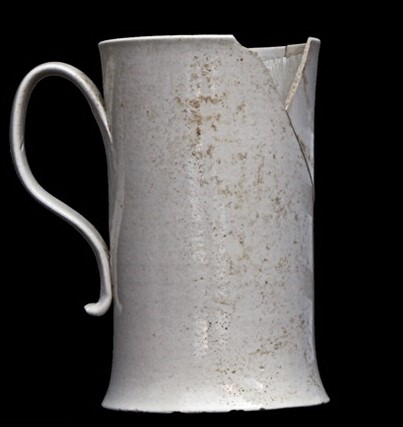 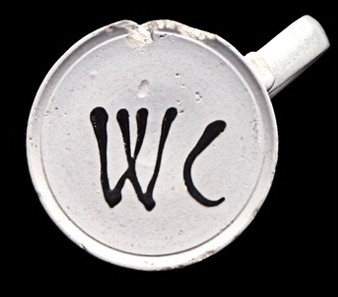 The tankard (ref: SJT07 <535>) clearly illustrates the overlap between coffee house and inn. As with two of the other items shown below, it is Staffordshire-type white salt-glazed stoneware. Note the initials W. C. on the base denoting ‘William Clapham’. This beaker would have held about three quarters of a pint and was most likely used for the consumption of ale.

The research for this exhibition did, however, turn up an unexpected connection to Clapham’s Coffee House, demonstrated through this receipt from the College Archives (ref: JCAD/2/2/9/1761/32). It shows that William and Jane Clapham were supplying the College with chocolate for the annual Audit Feast. Dating from 1761, the receipt was written the year before William died, after which Jane left the business to move back to London. As can be seen, although the receipt is made out to William Clapham, it is signed by Jane, illustrating the closeness with which they worked together. 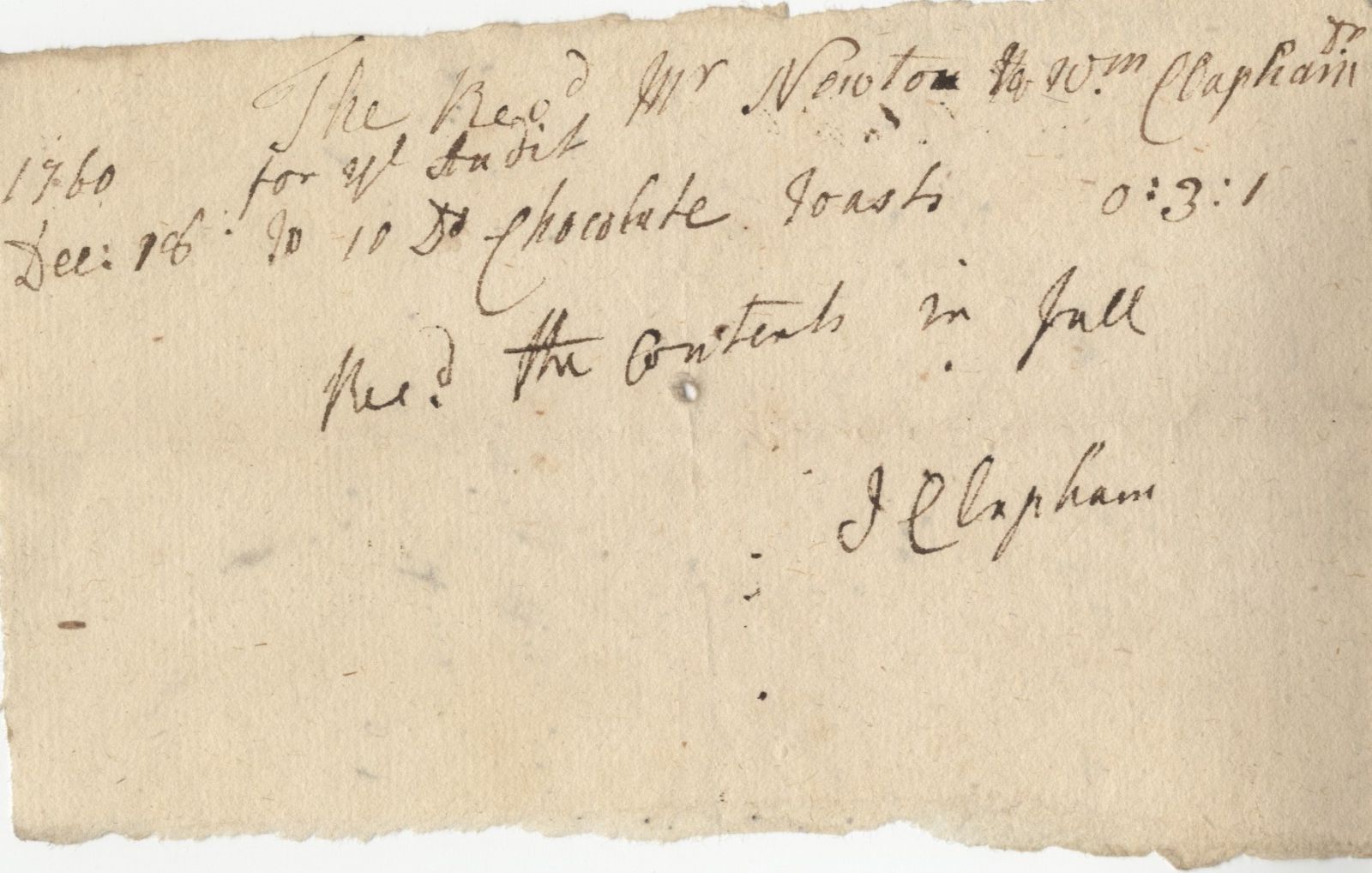 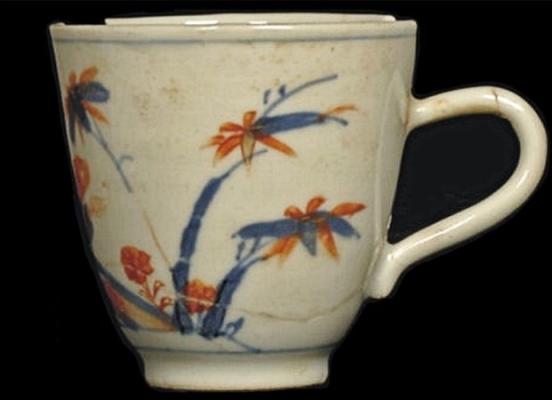 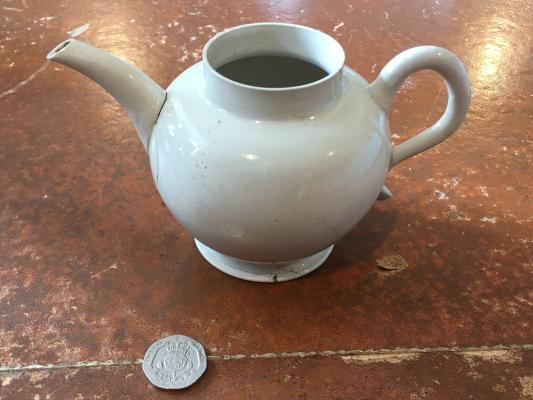