Kenneth Ralph Mason came up to Jesus College in October 1909.

He was educated at Ipswich Grammar School and by private tuition.

Thanks to the kind assistance of the Archivist at Ipswich School we know that he took part in many activities there, including athletics and that he was elected to the Literary and Dramatic Society.

A Cambridge Letter featured in the school magazine of November 1910 notes that:

“Willis, Tempest and Mason have emerged unhurt from their period of fresherdom and all are beginning to look ‘bloods’ in their own ways.”

We have hardly any information on Mason’s time at the College. His obituary records that he was not a prominent athlete but took a keen interest in college life and was “held in high esteem by all” (Jesus College Society Annual Report, 1915, p31).

We know that he continued his interest in things theatrical as he appeared in the 1912 Footlights production of The Vegetarians: A dietetic absurdity in two acts".

We also know that he was involved with the Cadet Corps at school so he may well have extended this interest when at Cambridge as a member of the newly formed College ‘I’ Company of the CUOTC. Perhaps he was one of the record number of 32 new recruits enrolled at the start of Michaelmas 1909 mentioned in that term's edition of Chanticlere.

One thing that we do know from our records is that, by the standards of the time he took a lot of exams. The College examination records show that he took Part I and Part II exams in Law and History and took his BA in June 1913. 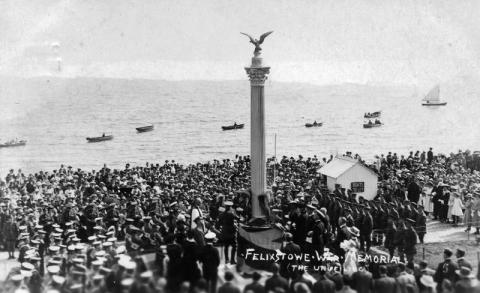