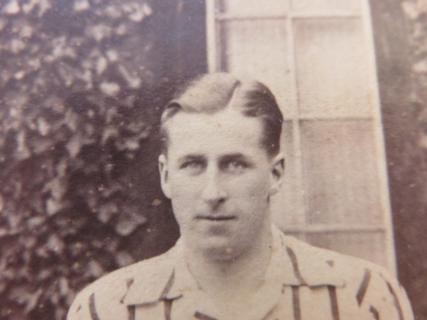 A fine sportsman: "his name is never mentioned in Corpus"

Mack like so many other students at the time was also a fine sportsman, gaining college colours at rugby, hockey and tennis. He played centre forward at hockey and although he did not have a particularly good season in Lent 1914 he obviously did well against Corpus as Chanticlere claimed “his name is never mentioned in Corpus” (Lent Term 1914, p46).

In his final year he became president of the Farragoes debating society. Chanticlere thought that the Farragoes under his leadership created “an atmosphere that is both intellectual and practical”.

They went on to say that “No undue stress is laid upon plain living as a necessary preliminary to high thinking…. a happy mean has been struck between a dinner of herbs and the alternative of stalled ox” (Chanticlere, Lent Term 1914, p24).

Hitching a lift with General Haig

The obituary for Mack in the Jesus College Society Annual Report, 1917 reveals an interesting encounter he had with Sir Douglas Haig. Apparently in the summer of 1913 Mack was on OTC manoeuvres acting as a despatch rider when he ran out of petrol. Seeing a car at the roadside he asked for help.

The occupant was Haig, who asked Mack to share lunch with him, presumably before getting some petrol for his motorbike. Upon Mack’s death Haig wrote of “my old despatch rider… I greatly regret that he has not been spared to continue the career he had so well begun” (Jesus College Society Annual Report, 1917, p29).

After leaving College he had hoped to begin training for the Indian Civil Service but joined up at the outbreak of war with the Cambridge Battalion of the Suffolk Regiment from where he received his commission and subsequent promotion to Captain.

“On July 1st he went over the top leading his men to the attack on La Boiselle and in that inferno laid down his life” (Jesus College Society Annual Report, 1917, p30).

Alec Mack's letters home were published after his death you can read them online here.