Harry Goldsmith came up in 1905. He was one of the great Jesuan oarsmen. 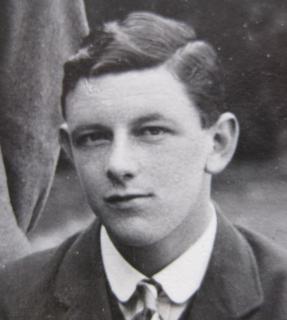 Known as “Rosie” by his fellow students, he rowed in the College first boat from 1906 and in the Varsity Boat Race in 1906 and 1907. Also in 1906 he was elected president of the Cambridge University Boat Club, the first Jesuan president of that club for 20 years.

During his presidency the Cambridge crew beat a crew from Harvard in a famous victory widely reported in the press. A profile of him in The Granta highlights the quality of his leadership and his determination: “…the tact he showed in negotiations with Harvard and the way his genial presence inspired the crew in the sweltering heat of Bourne End and Putney, these things are not written” (The Granta, 13 October 1906, pp13-4).

In 1908 he became an Olympian, taking the no. 5 seat in the Cambridge Olympic boat that took a bronze medal, having been beaten in the semi-finals by the Club Nautique de Gand, representing Belgium. He graduated in 1908, so he missed the chance to row in the Jesus crew that finally regained the headship of the river in 1909.

The crew that beat the Belgians

He returned to row under Jesus College colours in the College crew which beat the Club Nautique de Gand in a famous race at Terdonck, Belgium in May 1911. The Belgian crew had been to England several times in the previous years and had been highly successful, including denying Harry and CUBC a place in the Olympic final. The race in Belgium was seen as a matter of honour as no other English crew had returned the courtesy.

Harry’s family have shared a letter that he wrote to his father dated 17 May 1911, describing the build-up to the race, which clearly demonstrates the “modest frankness of manner” that endeared him to his contemporaries.

The team received a warm welcome, with receptions, dignitaries (the “nuts of the town”) and visits laid on. He recounts with relief that the crew were spared the ordeal of standing by the bandstand at the zoo while the band played God save the King as the band had forgotten its music! They didn’t get much time at the zoo but he was impressed with the aquarium.

Arriving at Ghent, they received a rapturous welcome from the locals and had to be escorted through the crowd to find their cars by the local gendarmes. They were taken to see new technology in action, at the Carel factory - the first engine of any size to run on crude oil. As he says the occasion was “almost historical”.

He writes “You can’t imagine what good fellows these Belgians are. Their great ambition is to be like English “sportsmen” in the best sense of the word”.

It was a cruel irony that of the crew that went to Belgium, six died during or as a result of the war. Harry himself died in France at the Battle of Aubers, one of more than 11,000 casualties sustained on the British side on 9 May 1915. He left a wife, Sybil and a baby daughter.

The Dean of Jesus, writing in The Cambridge Review wrote of him:

“Tall and apparently slightly built he was an oarsman of unusual power, not only because of his easy and graceful movements, but on account of the immense strength he put into every stroke. Absolutely unaffected and modest in everything, he is a type of man whose loss makes us feel more poignantly the sacrifices that our struggle with Germany demands” (Jesus College Society Annual Report, 1915, p25).

With grateful thanks to Dr Sue Andrew and family for supplying copies of the letter home and the profile in Granta and to the Jesus College Natives Society for permission to use the image.