His father was the Conservative MP for Marylebone East from 1910 to 1918 when the constituency was abolished. 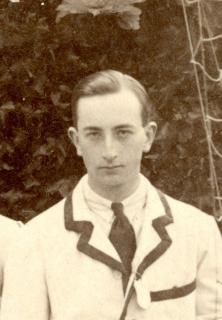 Boyton was an active member of the Jesus College Boat Club, rowing in either or both Lent and May boats every year he was at College. In the Lent races 1911 he was in the third Jesus boat, at bow, and was coxed by J. C. Lauder (1910) who was also killed in action in December 1916.

He made it to the first boat in the Lent races 1912, when he came in at No. 7 to substitute for H.L. Baillieu (1911). Although 1st Trinity I pushed them all the way, the Head of the River was theirs. After that Boyton was in either the second or third boat, took part in the Clinker fours and rowed at Henley Regatta in 1914.

He was a member of the O.T.C at Harrow and attached to it at Cambridge, he had taken a commission in 1912 in the first City of London Regiment (Royal Fusiliers). As such he entered the war quite early and he was wounded in May 1915.

On 16 July 1915 he was one of many men who attended a Special Congregation for men who had done at least six months military service and were awarded a BA. He was later made Captain and was transferred to the Grenadier Guards, returned to the Front in October 1916 and was killed in action on 14th December.

In February 1919, his father donated two sets of “Bearer Bonds” to the College, one to the boat club and one for “any war memorial which your college may ultimately decide upon”. He had already established a memorial in Marlow to his son, of which he sent a photograph to the College.