This speed networking event offers current students the opportunity to connect with a range of professionals, drawn from across the Jesuan community, for a few minutes at a time. Current students can register for free via Eventbrite 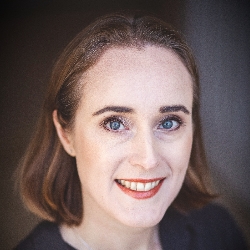 Rachel is Managing Director at the Behavioural Insights Team (BIT), a social purpose company that helps partners apply an evidence-based understanding of human behaviour to design better policies and processes. BIT originated inside 10 Downing Street as the world’s first government institution dedicated to the application of behavioural sciences. It is now an international research consultancy that brings together multidisciplinary teams of qualitative and quantitative researchers, data scientists, design specialists and policy experts to help organisations apply behavioural insights in support of social purpose goals. Previously, Rachel was Head of Corporate Intelligence at the risk management consultancy, S-RM, where she led a multinational team of risk and financial crime specialists, who provided assessments on money laundering risks, bribery and corruption, terrorism and security threats, and environmental, social, governmental or ethical concerns. Rachel started her career at the UK Ministry of Defence, and in 2013 was awarded an MBE for Services to Defence. Rachel studied at Jesus College from 2002 to 2007, doing her undergraduate studies in Chinese followed by an MPhil in International Relations. She was a choral scholar and occasional rower during her time at the college. 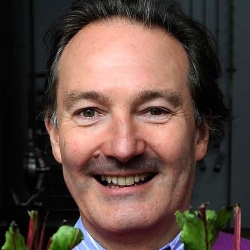 Lawrence is the founder/owner and managing director of James White Drinks Ltd which make a wide range of non-alcoholic drinks and juices including Big Tom spicy tomato juice and the Beet It range of beetroot juices and sports performance products. Lawrence has also been directly involved in the start of New Covent Garden Soup Company (1987) – the original fresh soup manufacturer, Sulivan Sweetland (2000) – a classical musical agency, HeartBeet (2009) – a patent technology owner and Renewals Desk (2015) – a patent renewals manager. On leaving Jesus College in 1978, Lawrence qualified as a chartered accountant with what is now KPMG, did a short corporate finance stint with Robert Fleming before enthusiastically moving on to be the first finance director/company secretary of Computacenter which was in its infancy and in a period of meteoric growth. Lawrence is well positioned to advise current students about business start-ups in general. Whilst his personal time has been particularly involved in the food and drink industry, he has a much wider experience of start-ups. All of his own have been successful and are still active! 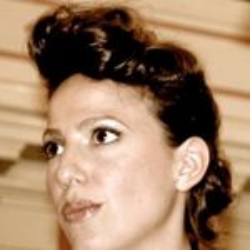 Vivien is a Seed stage investor in technology and digital health ventures, founder of MyTomorrow personal finance for women. Former Senior Vice President at GLG, global knowledge network Vivienne has had a "non-traditional" career path, moving from journalism (Standard & Poor's, Financial Times) to technology start-ups via an MBA. Having achieved an exit from a fintech start-up in France, she joined GLG to help expand the European business from 10-200 people, and $8m-$50m revenues. Nowadays she invests and manages a portfolio of technology ventures and real estate assets and is a Board Member for a VC-backed start-up and a digital health venture capital fund. She also runs a fintech venture focused on personal finance for women backed by Nationwide. Vivienne is happy to help with questions on entrepreneurship and starting ventures, investing and how to connect your own interests and passions with what the market wants and needs. 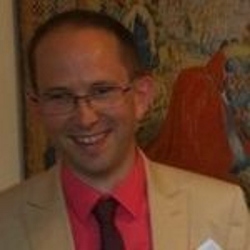 Ian has worked in various types of organisations in the humanitarian sector, from a small Cambridge start-up which he co-launched in 2005, to IFRC, the world's largest humanitarian network. His main expertise is in how volunteer organisations work: how people come together to create change in their communities, and how 'outsiders' - often international humanitarian actors, can support them effectively. Since coming back to Cambridge from Geneva, he's been consulting for a number of organisations in the Red Cross Movement, but also outside - particularly at present an innovative organisation looking at massive digital learning in the immunisation sector, with some obvious current applications .... 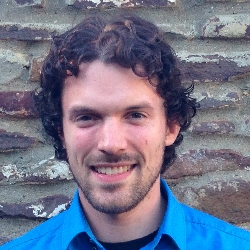 Oliver is a Machine Learning Engineer at Masless. He currently works as a software engineer, specialising in machine learning and data. Oliver spent about six years working in academic research developing non-invasive techniques for cancer screening, before joining the start-up world in 2017 via the deep-tech accelerator Entrepreneur First. Oliver has worked in wide range of tech roles from production software engineering, industrial/academic research, and technology commercialisation. Oliver is well placed to talk to students about transitioning between these areas, but also happy to talk about anything tech related. 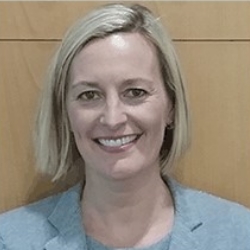 Annabel is Portfolio Manager and Head of London Credit team at Western Asset Management (sometimes known as WAMCO), headquartered in Pasadena, California WAMCO manage approx $500bn and only invest in fixed income aka bonds and currencies, no equities. Annabel manages investments in corporate bonds for clients such as pension funds, sovereign wealth funds and insurance companies. She is the co-head of the investment team in WAMCO's London office; managing a team of credit portfolio managers, analysts and traders. Annabel studied Economics (but you don’t need to), and joined JP Morgan on their training programme. That took her to New York (over 9/11) and was a great place to start given the structured learning. In 2004 she moved across to “the buy-side” and has been there in two firms ever since. Since 2016 Annabel has been a non-exec member of the Endowment Board of Imperial College and more recently also of the college’s Finance Committee. Annabel is particularly happy to talk to students about anything to do with wealth management, fixed income markets, Buy-side vs sell-side, Where to start out and ESG in investments. 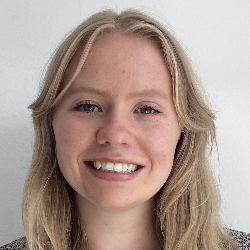 Rebecca graduated with a BA in History from Jesus in 2017, and immediately started on the Teach First Leadership Development Programme (LDP) as a trainee history teacher. Whilst taking part in the LDP, she moved to teach at a secondary school in Halifax, West Yorkshire, where she taught History as her primary subject but also Religious Studies, Relationships and Sex Education (RSE) and Travel and Tourism. She also took on additional roles, including coordinating a mentoring programme for high-attaining year 12 students to apply for particularly competitive universities. Following this, she spent sixth months travelling before moving to a school in East London to continue her career as a history teacher, and as the school's Head of Civics. Within this role, she was responsible for planning and maintaining the school’s RSE and citizenship education. As of August 2021, she became the School's Programme Manager at Career Accelerator, a small social enterprise which is working to increase opportunities for young people from under-represented backgrounds in the digital sector. In this role, she manages the programmes in her link schools, including planning resources for students, delivering workshops and assemblies, and liaising with careers leads. She would be particularly interested in speaking to current undergraduates about Teach First, teaching in general, and working in social enterprise. 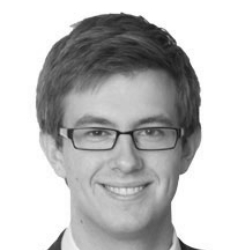 Simon read MML (French and German) at Jesus College between 2007 – 2011, including a year abroad at the École Normale Supérieure in Paris. He completed various legal internships in 2010/11, following which he secured a Training Contract at international City law firm HFW. He completed the Graduate Diploma in Law between 2011/12 and Legal Practice Course in 2012/13. He joined HFW in 2013 as a trainee and is now an Associate Solicitor following qualification in 2015. He specialises in commercial dispute resolution with a focus on the insurance and reinsurance sector, principally handling large, complex and cross-border disputes, often involving disputes in the marine, energy, property, casualty, business interruption and reinsurance spaces. He also handles general commercial litigation including defence of third-party claims. He has spent 6 months in HFW's Dubai office. He regularly uses his language skills from MML in his current work. He regularly lectures in topics relevant to his work and is named as a "Key Lawyer" in the Legal 500 2022 rankings. He is an active participant in the Jesus College alumni network and his law firm HFW are hosting a reception from the Glanville Williams Society on 26 January 2022, to which all current Jesus College law students are invited. 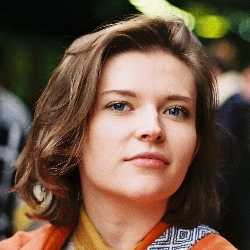 Amelia is currently Curator: Youth Programmes at the Whitechapel Gallery in London, where she programmes workshops, creative career events, and projects centred on engaging 15-24 year olds in Contemporary Art and the arts more widely. She works closely with the gallery’s youth collective Duchamp & Sons on projects which see them collaborate with artists and facilitators on projects made for and by young people. Prior to this role she worked from 2017-21 at the National Youth Theatre, leading on their participation programme which included delivering national outreach schemes, workshops and creative development opportunities for NYT Members as well as their inclusion work in non-mainstream school settings. She graduated from Jesus in 2017 with a BA in English, and whilst at the college was heavily involved in the college’s Access & Widening Participation scheme. She is more than happy to chat to students about careers in the arts generally, but also more specifically about working in arts education settings as well as youth and community engagement. 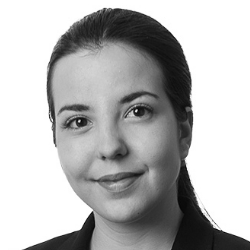 Jagoda is currently a pupil barrister at Brick Court Chambers, a set of chambers specialising in public, commercial, EU and competition law. Pupillage is the last stage of qualification for barristers. Jagoda's journey to the Bar started with an LLB at King's College London, following which she was paralegal for a year at White & Case and HSF. She then completed her LLM at Jesus College, Cambridge. She recently completed two years in the public law team of the Law Commission of England and Wales (while studying for the Bar Professional Training Course part-time). Jagoda would be delighted to talk to current students about her journey to the bar and how to navigate the application process.