Edmund Ralph Creyke, came up in 1905 after being educated privately at Rottingdean, the village where Kipling and Burne-Jones lived. 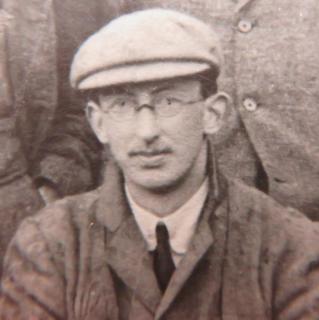 There is very little information on Creyke available in the College Archives, and what there is appears to originate from a newspaper cutting in the Head Porter’s scrapbook.

He left in with a BA in 1909 (the examination book records that he took Special Papers Part I and Part II in Modern Languages) to go to Agricultural College in Cirencester with a view to becoming a farmer. He was a member of the Goole Territorial Company for a number of years and at the outbreak of war became a Lieutenant in the Yorkshire Light Infantry, later to be promoted to Captain.

According to an obituary of him in the Goole Times, he was a popular officer. The writer declares that “his loss will be keenly felt and much lamented by all the officers and men in the battalion, and by none more than the Goole Territorials”.