This exhibition offers a rare opportunity to view one of British abstract sculpture’s great masterpieces, Tim Scott’s Cathedral (1969-70). It is the type of work for which Sculpture in the Close might have been invented, a compelling example of the resourcefulness needed when an artist meets head on the requirements of designing and executing a sculpture intended specifically for outdoor display.

Scott has responded to the issues and challenges by creating an almost totally ventilated structure. This was part of a strategy aimed at organising space into a definite place that could be inhabited, "which wouldn’t compete with nature but would in some way integrate with it."

Cathedral is a complex structure, without symmetry, but with numerous correspondences and internal rhymes. Despite the visible recurrence of certain organising principles and the strong tendency towards proliferation, as in the constant ricocheting of triadic combinations, there is never repetition, rather constant reinvention.

It is a hallmark of Scott’s practice that every juncture of materials and forms is regarded as an opportunity for the injection of new energy, for an enlivening solution to the problem of joining disparate elements. As a result, the sculpture seems never to run out of fresh vantage points, with even the slightest change of angle making the possibilities for reconfiguration seem inexhaustible.

The great age of cathedrals was heralded by the birth of Gothic, a style that was developed precisely in order to admit and distribute more light in medieval churches. In this respect, Scott’s Cathedral is like negative architecture, a great building of light and air in which the material elements are used primarily to mark out intervals, rhythms, and volumes.

Song for Adele is in fact one in an extensive series of works with the same title that Scott has elaborated out of his study of Rodin’s Torso of Adele, a bronze sculpture celebrated for its exaggerated contorting of the female body depicted.

The Rodin original is completely ambivalent in seeming to offer the alternatives of extraordinary discipline and complete freedom from restraint, of gymnastic control and reckless abandon. Its ambivalence is reflected in the strained and twisted agglomerations of steel that have both resisted and succumbed to Scott’s intention of turning them both towards and away from Rodin’s template and towards and away from one another. They resemble the outcome of rapid improvisation and throwaway gesture but have been fashioned slowly and deliberately with precise attention to detail.

This group of works is an experiment in the sense insisted on by Scott himself: "Experiment, which is the background to every worthwhile artist, is only significant when what it throws up is extracted and developed; otherwise it remains a curiosity."

Each of these works is a ‘song’, not a commentary but a lyrical composition, something with its own artistic unity which nonetheless directs us elsewhere, back to where it came from; and each ‘song’ is extracted both from Rodin and from its predecessors in the series and then subjected to the discipline of conscious development. The result is a corpus of exceptional virtuosity and pure concentration. 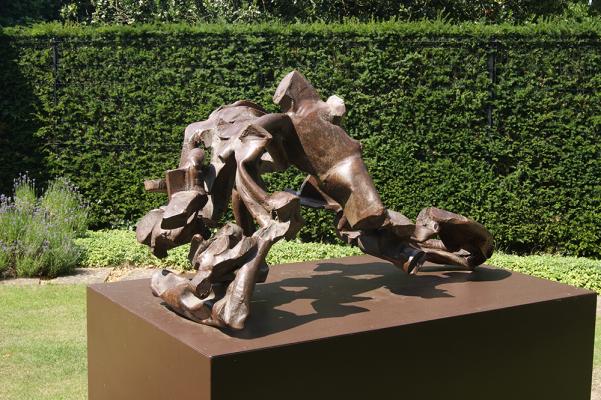 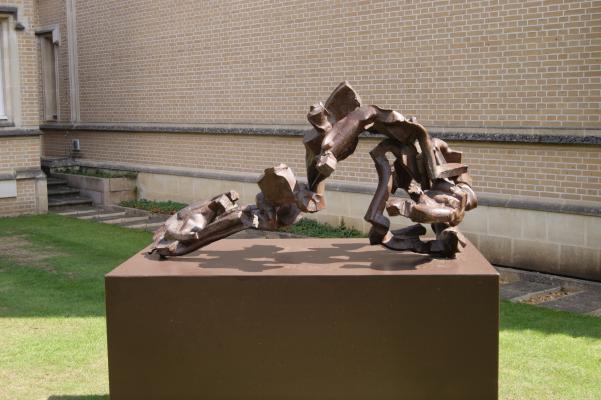 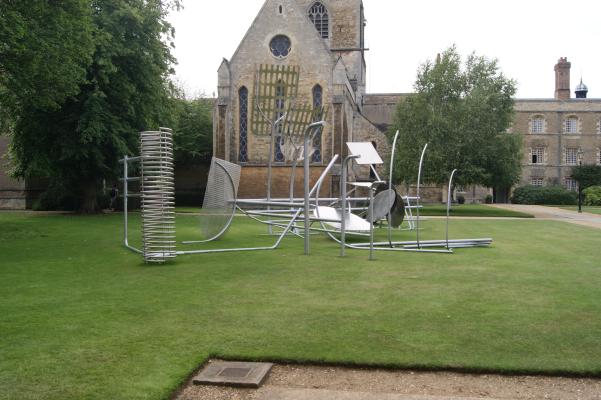