The man we love to hate: it’s time to reappraise Thomas Robert Malthus

Thomas Robert Malthus, who was born 250 years ago, became notorious for his ‘principle of population’.

He argued that, because poverty was inevitable, some people would not find a seat at ‘nature’s table’ and would perish. In a new book, historians at Cambridge and Harvard set the life and work of this contentious thinker within a wider context – and look in particular at his engagement with the world beyond Europe.

The controversial theorist Thomas Robert Malthus did not much enjoy travelling. Invited by his friend and fellow political economist, David Ricardo, to stay at the country house of Gatcombe Park in Gloucestershire, he declared that “that part of the world” was simply too far from his home near London, and wrote that he’d resolved “not to make distant excursions more than once a year”.

Now new research confirms that Malthus travelled vicariously all over the world, immersed in the accounts of voyages to the new lands being explored and colonised by Europeans. Malthus’s journeying through the medium of print to far-flung shores in the Americas and Pacific informed the theories on human development, population, and land use (and the precarious balance among them) for which he quickly became famous. 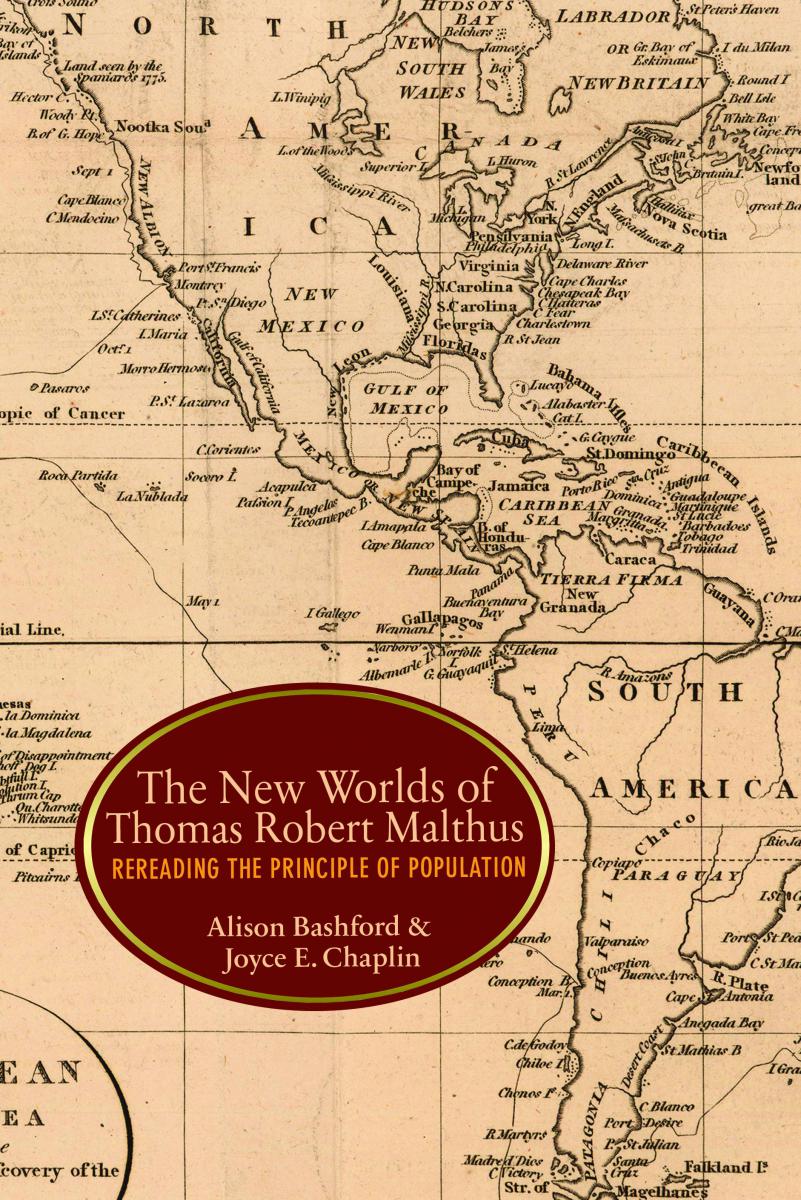 Professors Alison Bashford (Cambridge) and Joyce E Chaplin (Harvard) explore this under-researched aspect of Malthus’s life and works. The New Worlds of Thomas Robert Malthus reveals that the contentious theorist raised profound and prescient questions about the nature of people worldwide – and, in particular, about the collision of interests that resulted when white settlers claimed territories inhabited by indigenous communities.

The New Worlds of Thomas Robert Malthus radically re-casts the famous economist’s ideas from a British and European context, to a world and imperial one. The book is already hailed, by scholars on both sides of the Atlantic, as a stunningly distinctive contribution to interpretations of Malthus. One scholar calls it “the most important new reading of the life and work of Malthus in a generation”.

Alison Bashford, FAHA, FRHistS, is the Vere Harmsworth Professor of Imperial and Naval History, appointed 2013, and Fellow of Jesus College. You can read the full article on the University of Cambridge website.