Is the law just "common sense with knobs on"?

In this interactive talk for the Cambridge Festival of Ideas Julius Grower, Jesus College Fellow and Yates Glazebrook Fellow in Law, put the audience through their paces with some tricky legal conundrums.

On the 17th October, Julius worked through various case studies with a packed audience to not only discover what lines lawyers draw between different but apparently similar cases, but also to consider why they do so, and whether or not they are drawing them in the right places.

The audience was presented with a number of difficult dilemmas before being asked to vote on a course of action.

Julius said: "I spend most of my time reading 18th Century tomes, or writing about technical parts of modern commercial law, so it was a real thrill to be able to introduce an audience to some of the most fundamental aspects of our legal system. My aim was to test if Lord Sumption’s famous hypothesis: most law is just common sense with knobs on, was true, and I think the results from this test are pretty clear – plenty of it isn’t!

Nevertheless, the audience did show a real willingness and ability to engage with questions of fault, causation, and responsibility, and following a lively – sometimes robust! – debate, and voting at various stages using ‘Ask the Audience’-style technology, they came to reflective coherent decisions. It's just a shame that the judges seem to disagree with them more often than not. Maybe Lord Sumption needs to rethink his claim!"

Click here to find out about upcoming Intellectual Forum events. 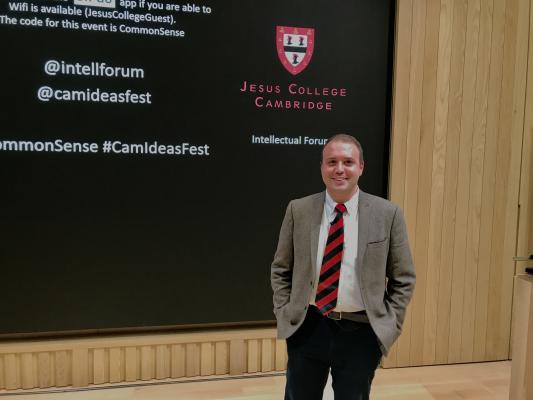 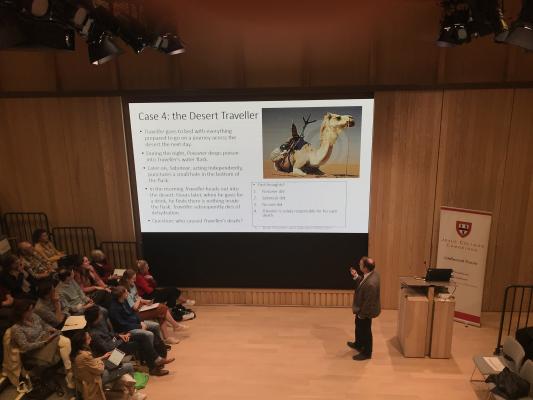 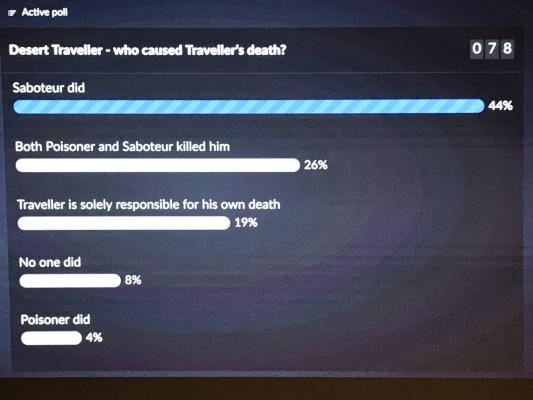