Visiting Fellowships are offered to people of distinction for their outstanding achievements beyond normal academic circles. They include eminent figures in law, politics, culture, the arts and media, business, and public service.

The role will see them participate in College life by giving talks and lectures, and by interacting with and inspiring our students. They may also conduct their own research in the University of Cambridge during their tenure.

Sonita Alleyne, Master of Jesus College, said: “These three people have all made exceptional contributions to their fields. Life in a Cambridge College offers an exciting and varied array of social, intellectual, cultural, and artistic experiences, and we sought out people who would make the most of these opportunities and give back in turn. I look forward to them joining our vibrant community and to the contributions they will make." 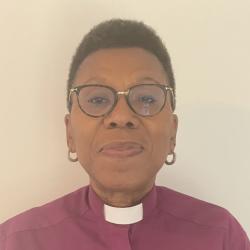 The Right Rev'd Dr Rosemarie Mallett was born in Barbados but has lived much of her life in the UK. She has worked in West and East Africa as well as back in the Caribbean as an academic and researcher. She returned to the UK to study for her PhD. After working as an academic sociologist for 12 years, she trained for ordained ministry. Since 2005, she has served in various roles in the Diocese of Southwark, based in South London and East Surrey, as Parish Priest, Diocesan Director, and Archdeacon, and she now serves as the Bishop of Croydon.

Rosemarie is a Trustee of several Diocesan and national para-church organisations, including the Southwark Diocesan Board of Education and Churches Together in Britain and Ireland (CTBI). From 2010 to 2021, Rosemarie served on the General Synod of the Church of England, as one of the Synod Chairs for five years, and on several Archbishop's Council committees, including the Women in the Episcopate Steering Committee and the Pastoral Advisory Group.

Rosemarie is a Fellow of the Westminster Abbey Institute. 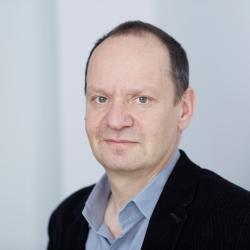 He is author of Lawless World (2005) and Torture Team (2008) and numerous academic books on international law, and has contributed to the New York Review of Books, Vanity Fair, the Financial Times, the Guardian, and The New York Times.

His most recent books are East West Street: On the Origins of Crimes Against Humanity and Genocide (2016) (awarded the 2016 Baillie Gifford Prize, the 2017 British Book Awards Non-Fiction Book of the Year, and the 2018 Prix Montaigne) and The Ratline: Love, Lies and Justice on the Trail of a Nazi Fugitive (2020), also available as BBC and France Culture podcasts. His latest book is The Last Colony: A Tale of Exile, Justice and Britain’s Colonial Legacy (2022).

Philippe is President of English PEN and a member of the Board of the Hay Festival of Arts and Literature. 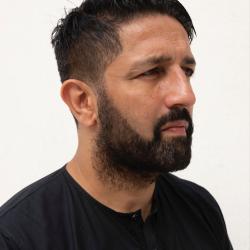 Osman Yousefzada is a British-Pakistani interdisciplinary artist and writer, engaging with the representation, rupture and reimagining of the migration experience. He works across moving image, installation, sculpture, textile, and performance, referring to the socio-political issues of today. Osman’s practice is led by modes of storytelling, merging autobiography with fiction and ritual.

Osman’s practice has been described as "defiant", where the participating bodies throughout his work are presented as part objects that refuse to identify or conform. Most recently, his series of solo interventions titled What Is Seen & What Is Not was shown at the Victoria and Albert Museum in South Kensington, London. Across three site-specific works, this presentation responded to the 75th anniversary of Pakistan and explored themes of displacement, movement, migration, and climate change.

In his memoir, The Go-Between (2022), set in Birmingham in the 1980s and 1990s, alternative masculinities compete with strict gender roles while female erasure and honour-based violence are committed, even as empowering female friendships prevail. This first book was long listed for the Polari Prize and reviewed by Stephen Fry as "one of the greatest childhood memoirs of our time".