We are delighted that two Jesuans have been recognised in the New Year Honours List. Professor Farah Bhatti and Gabrielle Gower were both awarded OBEs.

The New Year Honours List recognises those who have made achievements in public life or committed themselves to serving and helping Britain.

Professor Farah Bhatti (1987) was awarded an OBE in for services to Diversity in the NHS in Wales.

Professor Bhatti was the first British woman of Pakistani heritage to be appointed as a Consultant Cardiac Surgeon in the UK. She was also the first female Cardiac Surgeon to be elected as a Council Member of the Royal College of Surgeons (RCS) of England. Before completing her clinical training at Jesus College and Addenbrooke’s Hospital, Professor Bhatti read Medicine at Somerville College, Oxford. She then trained at The Royal Brompton and Harefield Hospitals. She returned to Cambridge for two years in full-time research into transplantation, leading to an MD.

Professor Bhatti is the Equality and Diversity Lead for the Graduate Entry Medicine programme at Swansea University Medical School and is Chair of the Women in Surgery Forum at the Royal College of Surgeons of England. Her other roles include Student Engagement Lead for the Society for Cardiothoracic Surgery in Great Britain & Ireland; Wales Chair for the Medical Women’s Federation; and she is also part of the GMC Equality, Diversity and Inclusion Forum and the NHS BAME Clinical Advisory Forum.

Gabrielle studied Social and Political Sciences at Jesus College before taking a diploma in Acting at the Webber Douglas Academy of Dramatic Arts. She also has an MSc in Investigative and Forensic Psychology from the London South Bank University.

Gabrielle has worked for the Foreign, Commonwealth and Development Office (FCDO) for over 20 years. She was posted overseas to The Hague as one of the UK representatives to the Organisation for the Prohibition of Chemical Weapons (OPCW) and was seconded to the Ministry of Defence to work on counter-terrorism policies.

Since being promoted to Deputy Director three years ago, Gabrielle has been involved in strategy and transformation work within the FCDO. 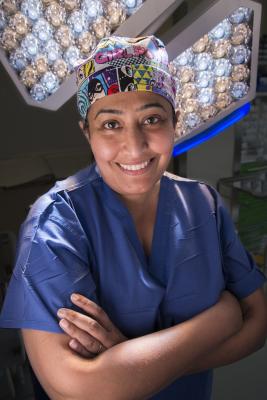 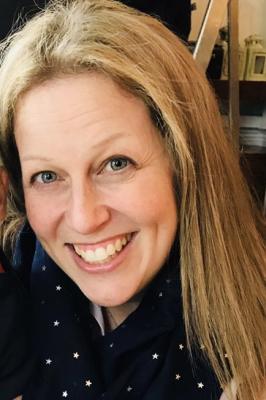