I went along to see the new exhibition in Christ’s Old Library last week and was pleasantly surprised to see a mention of Jesus College there.

The exhibition is named after ‘The theater of plants’ by John Parkinson, written in 1640. An extract from this book says that deadly nightshade (Atropa belladonna) may be found ‘under Jesus College wall in Cambridge’. Deadly nightshade can still be found around Jesus College, especially near the walls by the Housekeeping Department, although it is most easily seen when it flowers in the summer.

This plant may well be a relic from the plants that may have been used in the days of the nunnery as Jesus College was founded on the site of a 12th century nunnery. 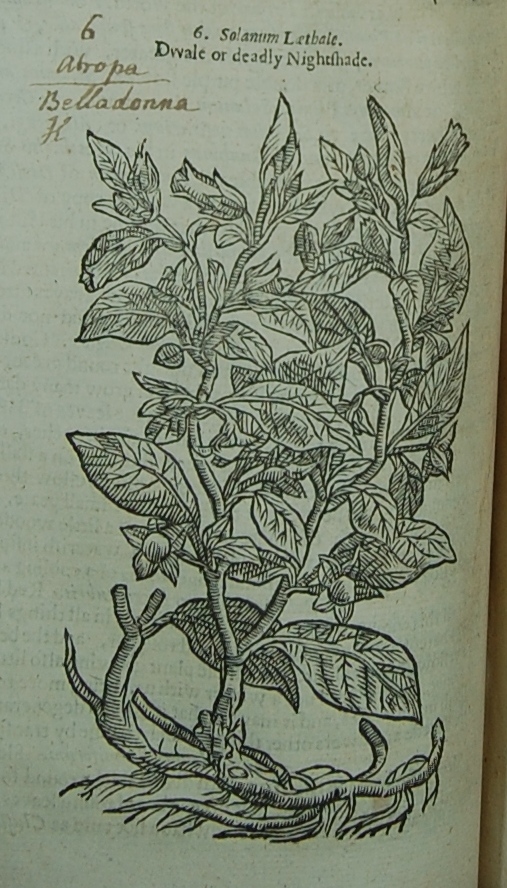 Deadly nightshade from The theater of plants. Photograph courtesy of Christs Old Library.

The nunnery may well have had a medicinal or herb garden and deadly nightshade has been used for centuries for various medicinal purposes, e.g. as an anaesthetic, a hallucinogen and even as a poison; it is mentioned in Culpeper’s Complete Herbal of 1653.

The theater of plants: herbs, honey and horticulture across five centuries exhibition is free and open to all every Tuesday and Thursday 2pm-4pm until 29th June, 2017. Please note the exhibition will close during the student exam period: 5th May – 16th June.