Our renowned choristers have added 'top three single' to their musical CV, after “Merry Christmas” by award-winning prog rock band Big Big Train made both the latest physical and vinyl official singles charts.

The song, released on 8 December, was number two in the physical sales charts and number three in the vinyl sales charts. The top spot on both charts went to Morrisey, leading Greg Spawton from the band to quip: "Heaven knows I'm miserable now" on the band's Facebook page.

Our boy choristers, aged from nine to 13 years old, chime in halfway through the song, singing the refrain “Light to the world, love in our hearts”, and hugely enjoyed taking part in a recording and filming session earlier this year. At the time of writing, the video had been watched almost 16,000 times.

You can hear more from Richard Pinel, Director of Music, and Dr Geoff Parks, Senior Tutor, about how our choristers came to sing on the track - and what the boys made of taking part in the single - in recent local media coverage:

The single is available on 7 inch snow white vinyl with a gatefold cover, digipack CD and download and streaming sites. Copies have also been stocked by Fopp on Sidney Street, Cambridge. A donation to the Night Stop homelessness charity will be made for every copy sold. 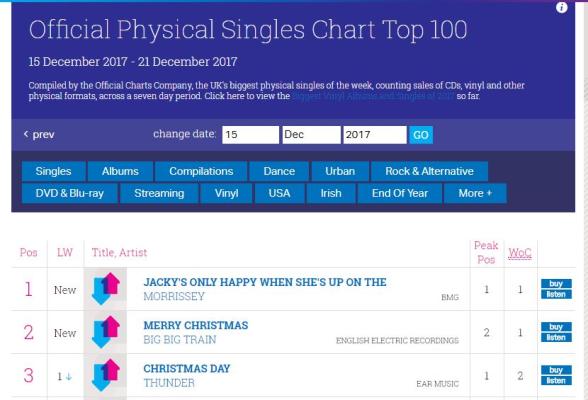 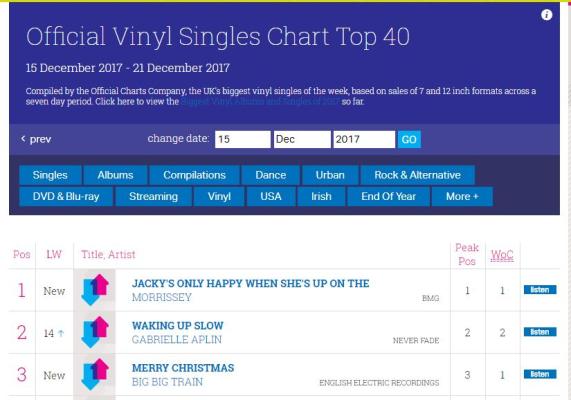