Can an ‘ice volcano’ help to regenerate sea ice?

For her fourth year project, Engineering undergraduate Katy Cartlidge (2018) evaluated whether a proposal known as the ‘ice volcano’ has the means to restore Arctic sea ice.

Katy used theoretical modelling and experimental analysis to assess the feasibility and sensitivity of an ‘ice volcano’ to its environment, at a time when Arctic summer sea ice is declining at an alarming rate due to climate change.

Scientists say that if current rates of ice decline are sustained, an ice-less summer will be seen in the Arctic within the next decade.

Arctic sea ice has numerous benefits, such as:

This method involves pumping seawater over a floating conical buoy, where it then freezes in the cold Arctic atmosphere to generate a growing cone of ice. A slotted pipe allows water to be pumped higher as the ice builds up. Once a height of three metres has been achieved, scientists say the newly-formed ice is likely to survive a summer melting season and become valuable ‘multi-year ice’, surviving at least two summers’ melt. This is a desirable outcome: thicker, stronger multi-year ice that is present in the summer, providing its benefits year-round. The project, titled "Ice Thickening – Climate Repair", investigated the use of the ‘ice volcano’ method to increase Arctic sea ice production in the winter.

“A significant benefit of the ‘ice volcano’, in comparison to other proposed geoengineering projects, is that it merely augments a natural activity and does not introduce any unfamiliar chemicals or processes into the environment" - Katy Cartlidge

Katy developed a simplified, two-dimensional model to predict the behaviour of an ‘ice volcano’ for fresh water at its freezing temperature and also fresh water at above its freezing temperature. This was then followed by experimental analysis, using a narrow channel that maps onto the two-dimensional model. The experiments were conducted in a walk-in freezer with a temperature of –18°C. Water, of varying temperatures and salinities (fresh water and water at the salinity of Arctic seawater), was pumped through the channel over a layer of cold ‘original ice’ and allowed to freeze or cause melting. The resulting change in ice thickness was then calculated.

Diagram of an 'ice volcano'. Seawater is pumped from below onto a floating buoy, where it then freezes into a conical ‘volcano’. A slotted pipe allows water to be pumped higher as the ice builds up. The vertical scale is exaggerated. Credit: Katy Cartlidge.

Both theoretically and experimentally, the results were promising for water at its freezing temperature: ice formed readily and uniformly all along the channel, indicating an ‘ice volcano’ could be successful and uniform. Experimental ice build-up exceeded theoretical predictions for both fresh and salt water, potentially due to heat fluxes from the air that were neglected in the model.

“This narrow range for acceptable water temperature poses operability issues,” said Katy. “At certain temperatures, an ‘ice volcano’ could even melt more ice than it creates, making it entirely unfeasible and counterproductive.”

Presenting a situation where water enters above the melting temperature of ice. Ice is eroded around the pipe, forming a doughnut shape. Credit: Katy Cartlidge.

“This has a beneficial effect for the ice volcano, because if the ice melts at a warmer temperature than the water freezes, the water may be above its freezing temperature and still not melt the ice, increasing the range of operable temperatures,” said Katy. “However, if the salt water were warm enough, it would still cause the disastrous ice losses described above and render the ice volcano ineffective.” The experimental analysis was also extended to salt water, which had some notable differences, including a melting temperature higher than the freezing temperature of the salt water itself. The presence of salt alters the thermal properties of the water.

Katy’s recommendations for further work on this topic include:

Katy said: “When working in such a unique and fragile environment as the Arctic, it is necessary to take extreme care. Extensive trials in Arctic conditions, such as those that I carried out in the walk-in freezer, would be undertaken before contemplating any tests in the Arctic itself. The potential impact on ecosystems, climate and wildlife would be carefully evaluated at each stage, the formal approval process including ethics and stakeholder engagement for even small-scale field work would be exhaustive, and the experiments would be halted if unforeseen negative effects were observed.”

Katy is supervised by Dr Shaun Fitzgerald, Teaching Fellow in Engineering and Director of Research at the Centre for Climate Repair at Cambridge.

About the Centre for Climate Repair at Cambridge

The Centre for Climate Repair at Cambridge is working in affiliation with Cambridge Zero at the University of Cambridge to safeguard our planet from the disastrous effects of global warming. The Centre’s mission is threefold: to reduce CO2 emissions; remove excess CO2 from the atmosphere; and refreeze the Arctic.

This article was originally published by the Department of Engineering, University of Cambridge. It is reproduced under a Creative Commons Attribution 4.0 International License. 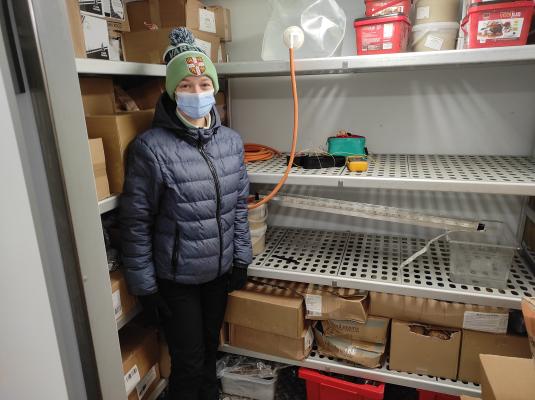 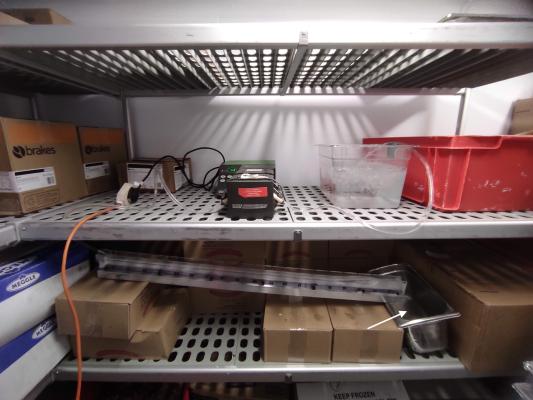 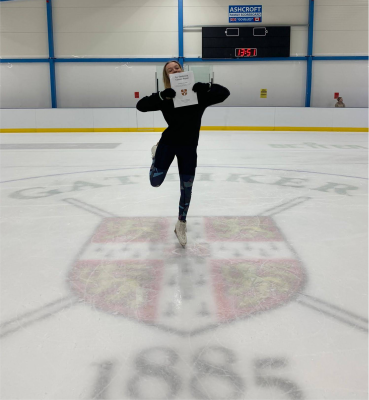