May week entertainment is one of the highlights of this time of year but is also the culmination of weeks, and sometimes months, of rehearsals by those performing.

Dramatic productions and musical concerts are particularly well received and have been part of May week entertainment since the late 19th century. However, the scale on which these performances took place grew considerably after the Second World War, partly due to the leadership and expertise provided by Fellow Laurence Picken whose collections were recently featured in an Archive of the Month following the completion of their cataloguing. The productions took on a far more ‘professional’ air with specially designed costumes and with musical accompaniment sometimes specificially commissioned for productions. 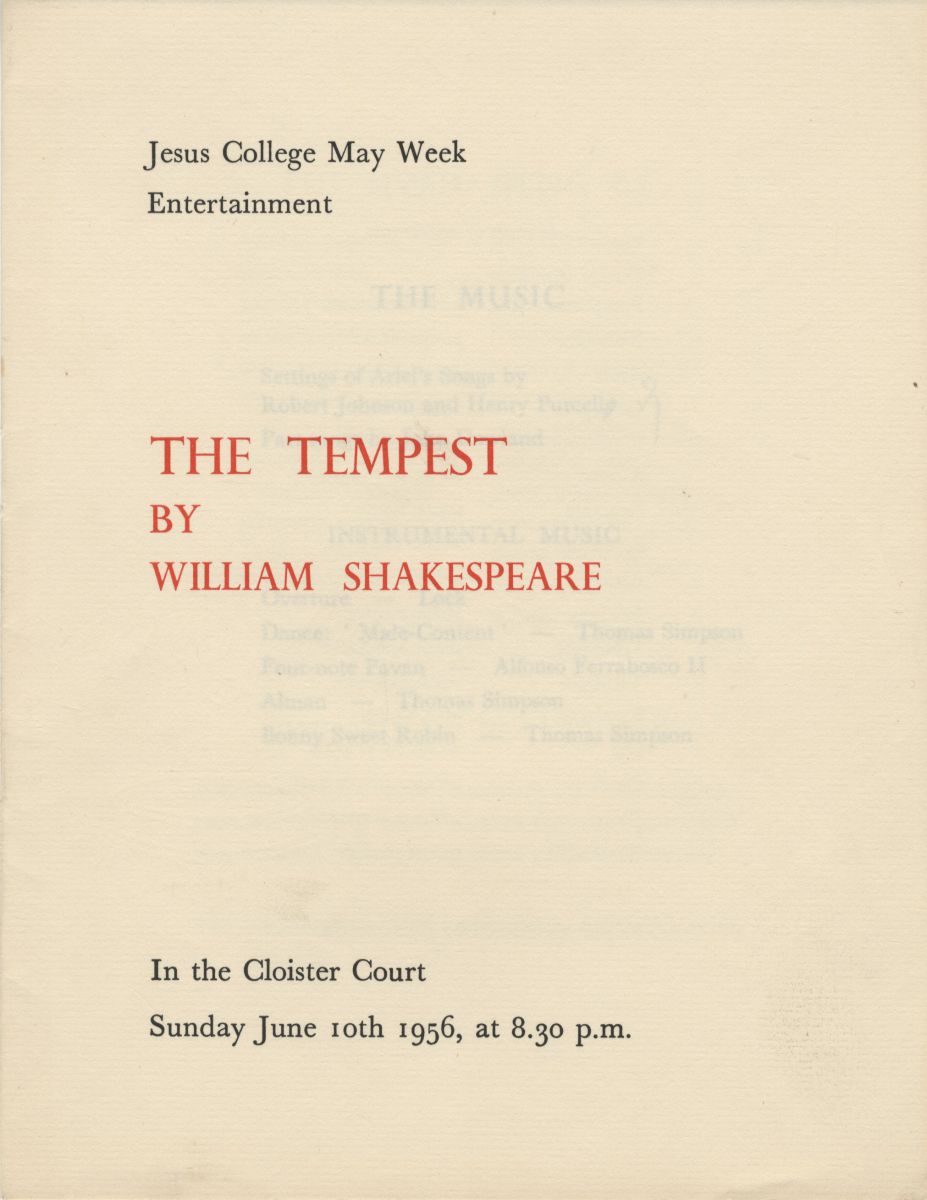 One such performance was the Tempest that took place on the 10th and 11th June 1956.  It is referred to briefly in the Easter Term 1956 edition of Chanticlere (the former student magazine) where, in addition to the performance of the Tempest being delivered by the College Drama Society, “incidental music will be performed by the Chorus and a small chamber ensemble”, drawn from the College’s music society.

The 1956 Annual Report further elaborates by stating “Shakespeare’s The Tempest, with incidental Jacobean vocal and instrumental music, was produced for the May Week entertainment. A tempest would not perhaps be a theme recommended by the augurs as being auspicious for an outdoor performance. Jolyon Wimhurst’s admirable production was admired on the first night in constant drizzle; and on the second night, though the rain happily came later, the stage-effects men were ultimately relieved of their duties by the natural elements. The arrival of the first real thunderclap, timed it seemed to fit so exactly Trinculo’s first reference to a thunderbolt, was, regrettably, too electrifying to be attributed even to the most skilful stage management.”

In relation to the selection of appropriate music, it appears there were some differences between members of the music society. The Lent 1957 edition of the Chanticlere recalls “Some wit – it is not recorded who – hit on the ironic brainwave of providing a Tempest of May-week, though unfortunately he omitted to specify the particular Tempest he had in mind. Thus although ’The Tempest’ was on the tip of everybody’s tongues, the problem arose as to which of the versions by Shakespeare, Dryden and Shadwell on the literary side, and Johnson, Locke and Purcell on the musical side to perform. The scene was set for a coalition of Dryden and Purcell when the Literary Society suddenly decided that Shakespeare’s was really a better play. But Purcell would clearly not go with Shakespeare, and while hard battles were being fought during late nights and early mornings, the situation was further complicated by the discovery that Purcell’s music was set, not to Dryden’s version of Shakespeare’s play, but Shadwell’s version of Dryden’s version. Eventually Shakespeare’s play was produced, and the chorus and a string quartet provided Jacobean music.

In terms of the Archives relating to the performance, in addition to the reference from the Chanticlere  and the Annual Report, we are extremely lucky to have the original costume designs surviving in the Archives, which can be viewed in the image gallery below. As stated in the programme, the designs were by Pat Henderson (then a student at Newnham College) and the costumes were made by Rosemary Hallett. Even more extraordinary is the survival with the designs of samples of the fabric used to create the costumes. As can be seen from this pencil design for the costume for Alonso, fabric samples accompany detailed descriptions of which fabrics should be used and how they should be cut and sown. 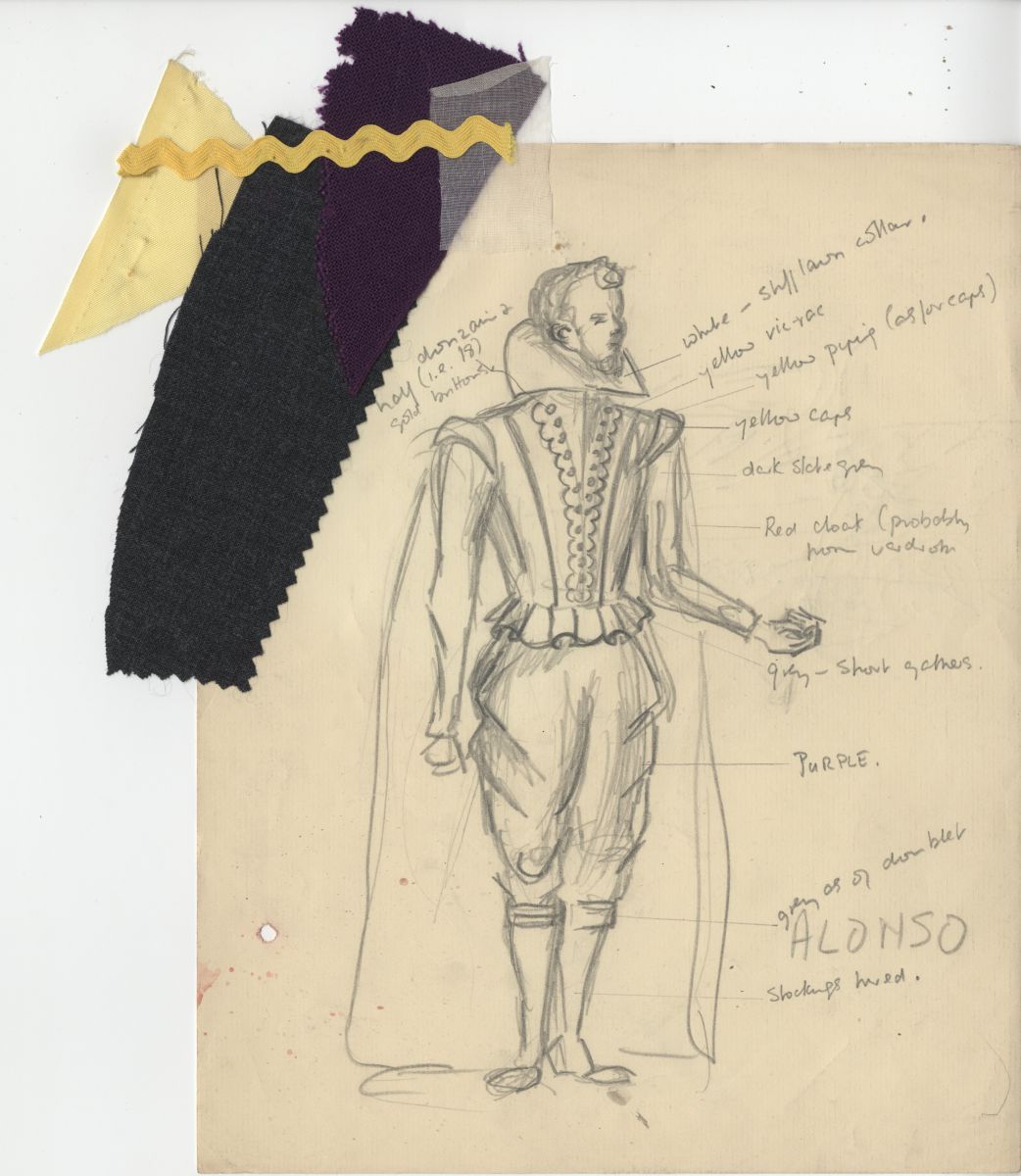 You can read the full catalogue description for the designs here. 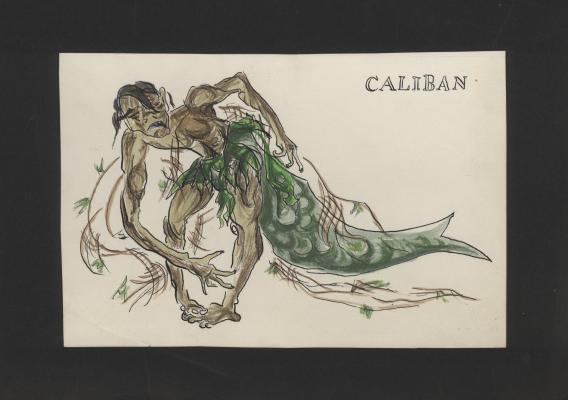 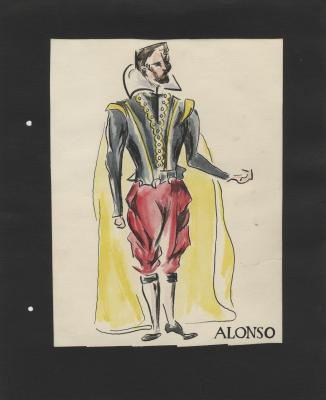 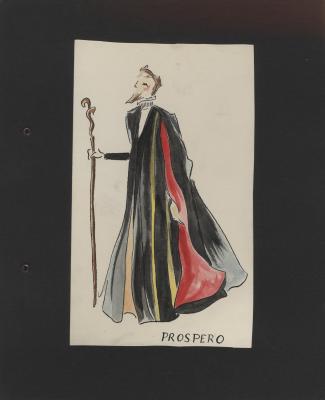 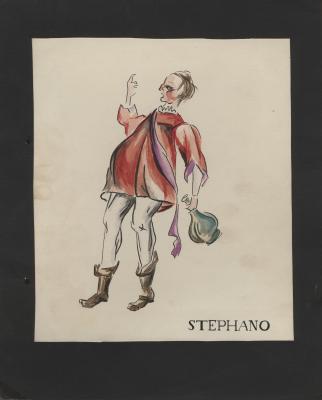 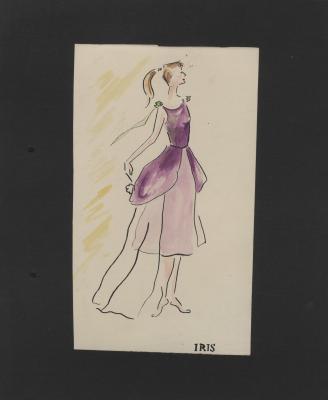 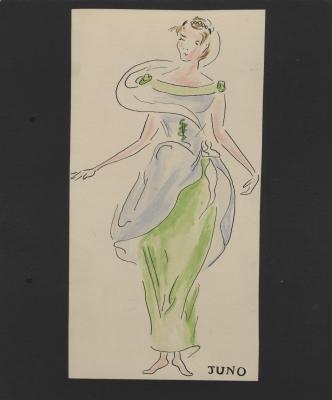 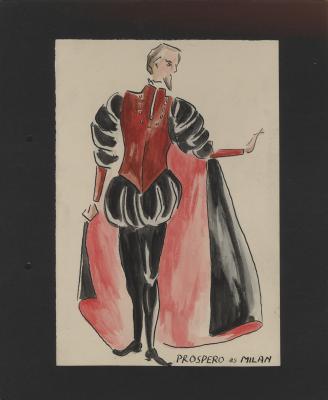 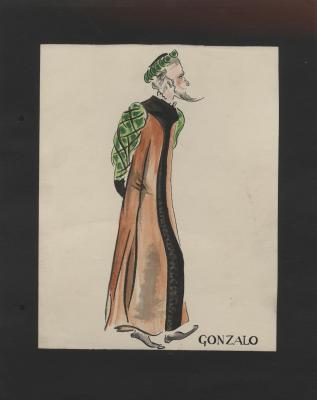 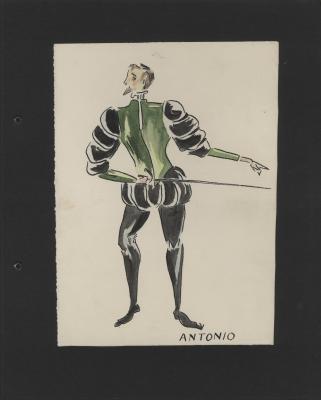 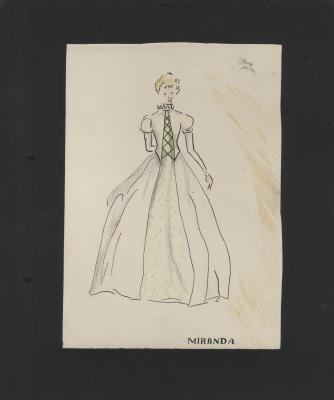 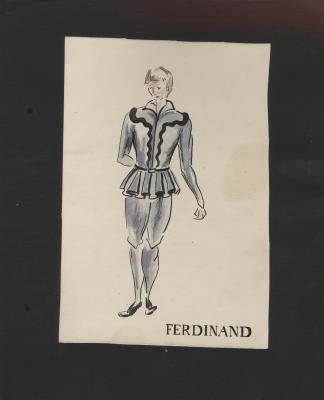