Archive of the month: “a spectacular and disturbing year” – the 1930s diaries of Richard Sutton

This month saw the completion of the cataloguing of Jesuan Richard Sutton’s diaries by Archives volunteer Jake Johnson.

Richard Herbert Sutton was born on the 19th August 1918 in Hong Kong to Herbert Sutton, a silk merchant, and his wife Nellie with the family later moving to 31 Beccles Road, Great Yarmouth. Richard attended Gorleston prep school and Gresham’s school where he was editor of the school magazine. 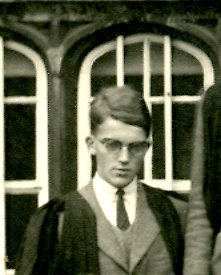 Richard came up to Jesus in 1937 to study history, with law in his third year. Various medical issues affected his studies, including long standing eye problems (possibly represented by his wearing spectacles in his matriculation photograph) and a broken arm following a riding accident. Despite this, Richard’s ‘good spirits’ and ‘hard efforts’, noted by his tutors in his student file, and his strength of character were universally praised by the College’s academic staff.

His enthusiasm for sports, particularly rowing, hockey and tennis, was also commented on, even though his ‘less than robust’ build might normally have disqualified him from taking part.  Richard also was involved with the College debating society and delivered a speech on the Spanish Government in February 1939.

Most significantly, perhaps, was Richard’s regular contributions to the Chanticlere, the former Jesus College student magazine. He was a keen poet and had poetry published in the Cambridge Review with his poem The New Conscripts included in the epilogue to T. E. B Howarth’s book Cambridge between Two World Wars. The poems Richard wrote that were published in the Chanticlere can be viewed in the image gallery at the bottom of the page. 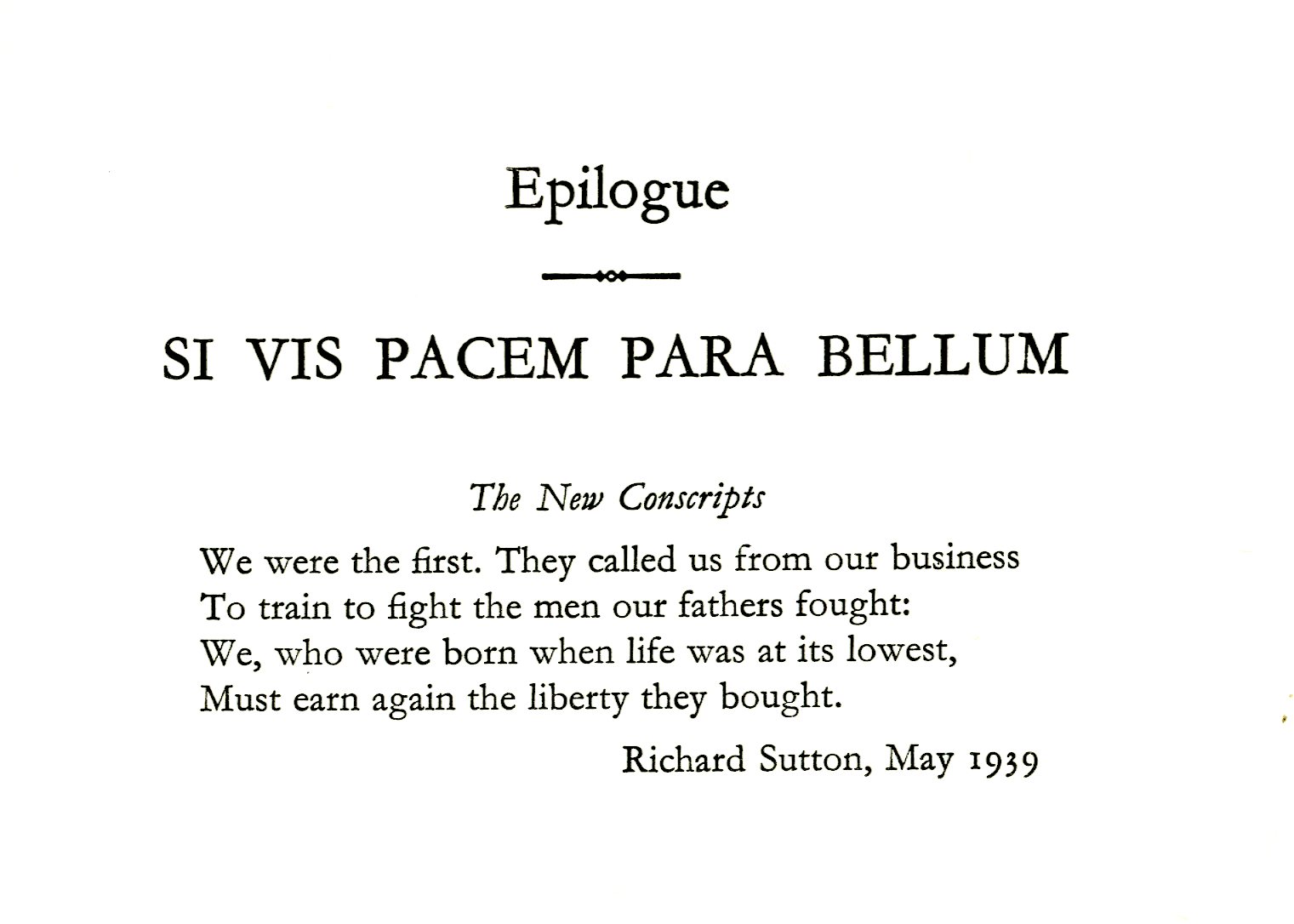 The entries in Richard’s diaries, which are four small volumes, each about 12 x 8.5 cm, contain information about daily life which would be familiar to many students today including reference to going to local pubs with friends, juggling both academic and social commitments and attending lectures.

Richard also made regular trips to the cinema and notes having seen Snow White and the Seven Dwarves (where he commented he thought the cartoon characters looked like real people), Dracula, Frankenstein, Confession of a Nazi spy, the Wizard of Oz and Rebecca. He also attended the inaugural lecture of Charles Previte-Orton, the first Professor of Medieval History at Cambridge following the creation of the chair in 1937.

However, there are of course entries which strongly reflect the time Richard was here. Prior to coming up to Jesus, Richard travelled to Germany to see some friends in Munich in August-September 1937. In addition to using the time to improve his German, he spent much time visiting museums and galleries including a visit to see the Exhibition of ‘Degenerate Art’ and the House of German Art.

Following this there are regular references to the possibility of war including Hitler and ‘his latest coup’ mentioned on 12th March 1938 (referring to the Anschluss), Richard’s mother assisting with the fitting of gas marks for children, his commenting on the number of air raid shelters being erected in his home town and buying a tweed sports jacket on 18th September 1939 before clothes prices go up. He sums up 1939 in his diary as being “the end of a spectacular and disturbing year”.

Towards the end of his time at Jesus, Richard signed up for war duty whilst still living in student accommodation at 62 Jesus Lane. This was following the introduction of conscription, about which he wrote a poem which was reproduced in the Michaelmas 1939 edition of the Chanticlere. 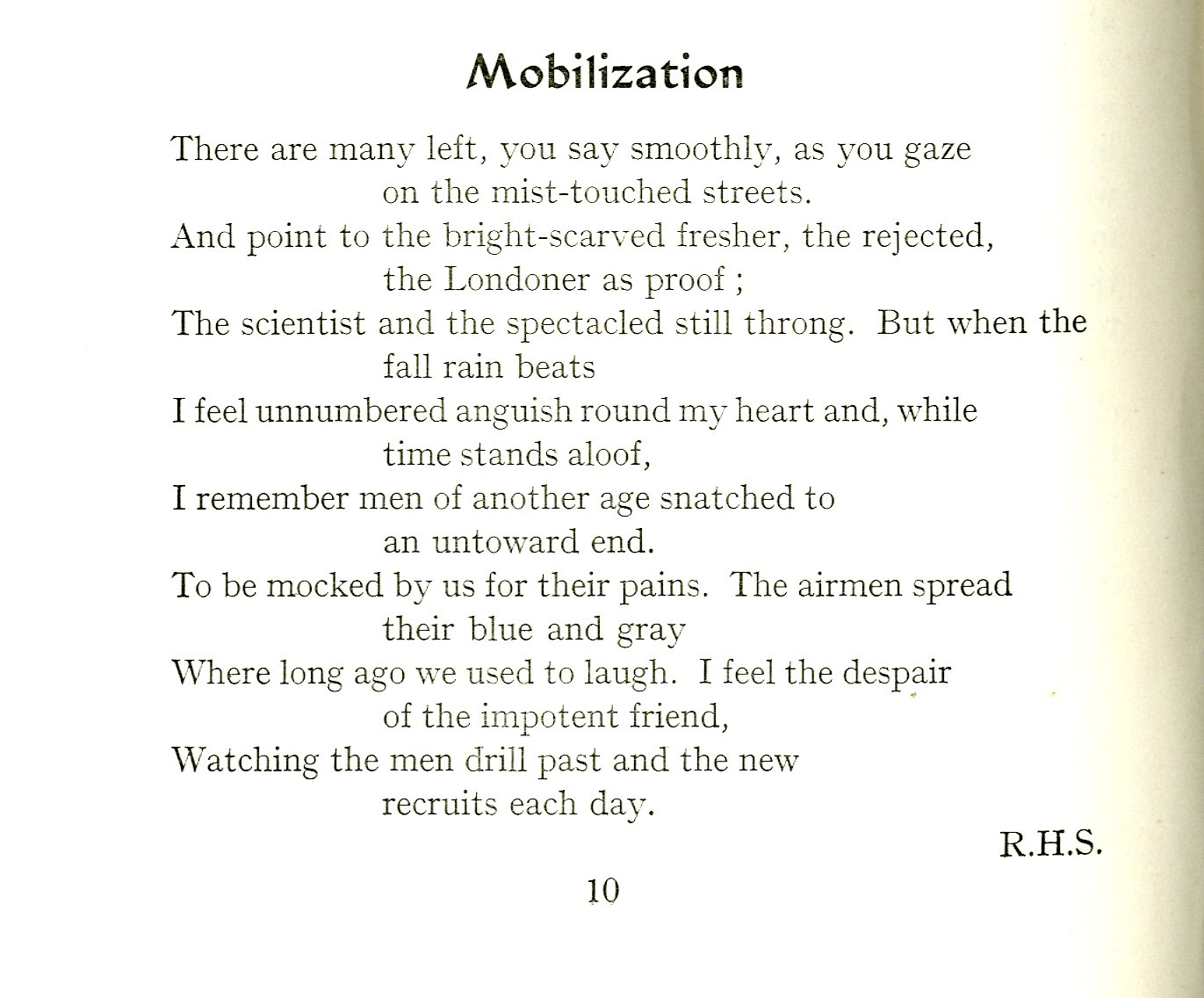 Richard became a Lieutenant in the Royal Artillery, serving in Italy from 1943, but was wounded at Anzio, in March 1944. After the war ended, he joined the Civil Service.

Unfortunately, he became fully blind in 1961 but judging from the tone in letters to the College relating to the donation of his diaries between 1978 and 1982, he remained in good spirits. Richard died on 22nd October 2002.

Richard also kept diaries during his years in the army which are held in the Archives at the Imperial War Museum. 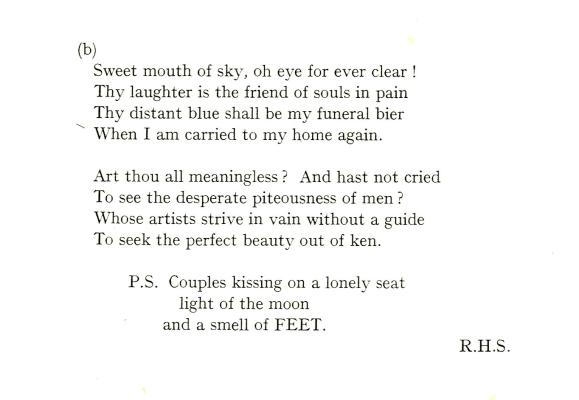 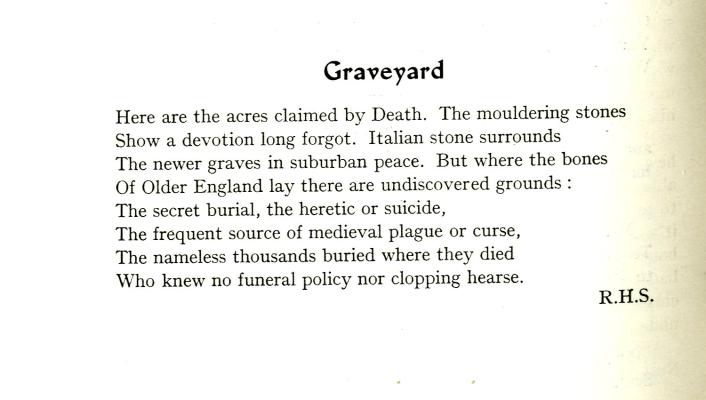