Archive of the month: New additions to the Bronowski Collection

Following the untimely death of Lisa Jardine, Jacob Bronowski’s eldest daughter, the College was given further items that had been in her possession to add to the Bronowski collection.

Jacob Bronowski (1908-1974) is best known for the seminal television series The Ascent of Man. He wrote and broadcast on the history and philosophy of science, literature, poetry, and visual art. He started his career as a mathematician then following the Second World War moved into the realm of biology and the history and philosophy of science, becoming a founding fellow of the Salk Institute for Biological Studies in La Jolla, San Diego.

The majority of the Bronowski Collection (339 boxes) was transferred to Jesus College in 2012 from the University of Toronto where it had been held since 1977. This was catalogued and made available to researchers in 2015. The additional material received at the end of 2017 adds a further 16 boxes to the collection. 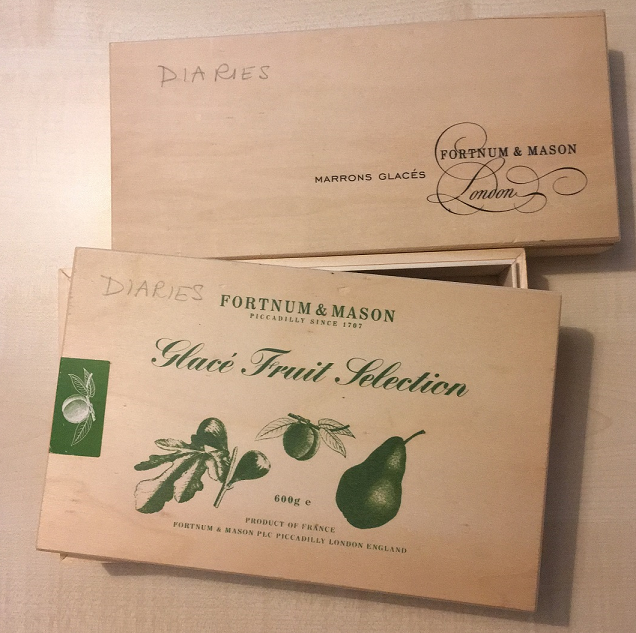 Bronowski’s appointment diaries make up a large portion of the new material, and are a great addition to the collection. There were already 11 of these diaries in the Collection, but with the new accession we were able to add a further 46.

The diaries cover the period 1928-1974 (with the exception of 1938 which is missing from the series). From 1964 Bronowski began to keep two separate sets of appointment diaries, and in 1970-1972 he labelled these diaries as “diary of acts and thoughts” and “diary of plans and engagements”. 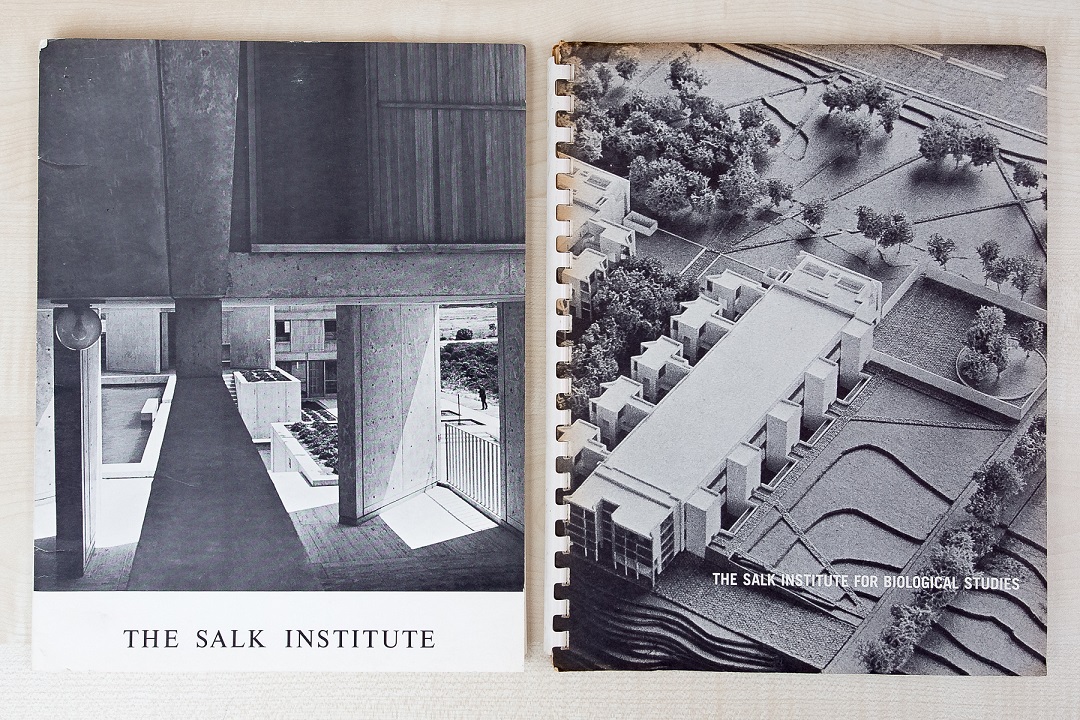 In 1964 Bronowski moved to La Jolla, San Diego, as one of the founding fellows of the Salk Institute. Perhaps he was aware that his life was about to get even busier, so started a second series of diaries. The diaries of plans and engagements (kept 1964-1974) contain notes which have been crossed through. These seems to be mainly notes of appointments and things to do. 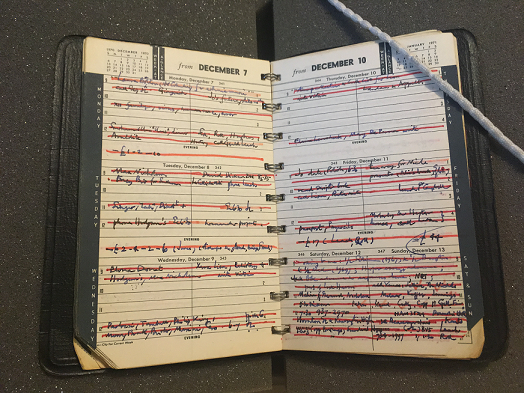 The diaries of acts and thoughts (kept 1928-1974) are much easier to read and contain notes on: books, articles and poetry that Bronowski had read; Bronowski’s writings and publications; exhibitions, operas, concerts and films seen; radio broadcasts listened to; lectures attended and discussions with others; travel; walks, cycle rides, tennis and chess played; personal relationships and people that Bronowski had spent time with. They are a very rich source for studying Bronowski’s influences, and social and academic contacts.

The diaries show that Bronowski was a prolific reader. In 1928 Bronowski noted that he read something different nearly every day. 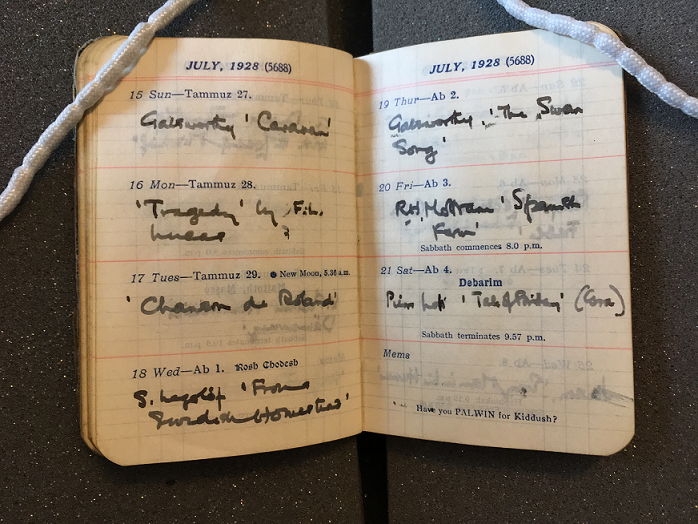 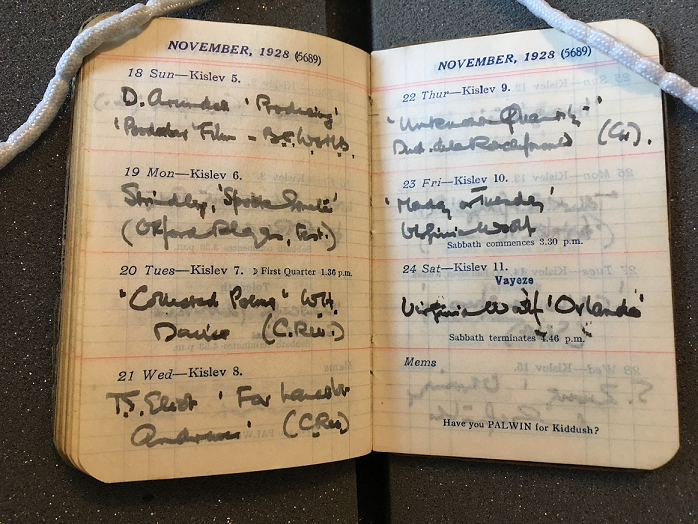 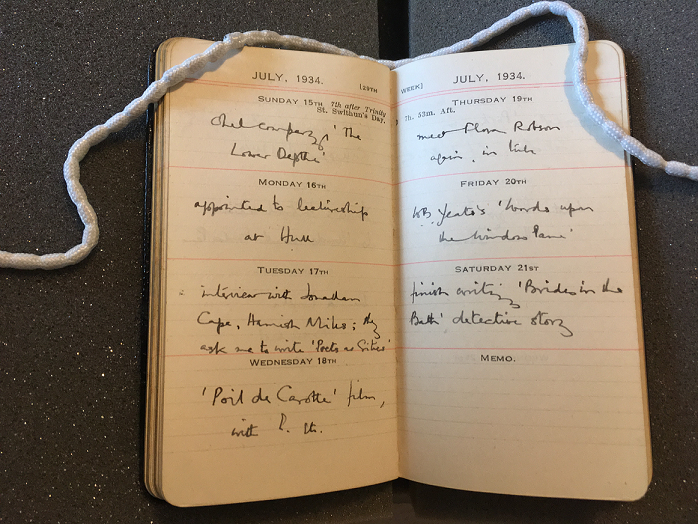 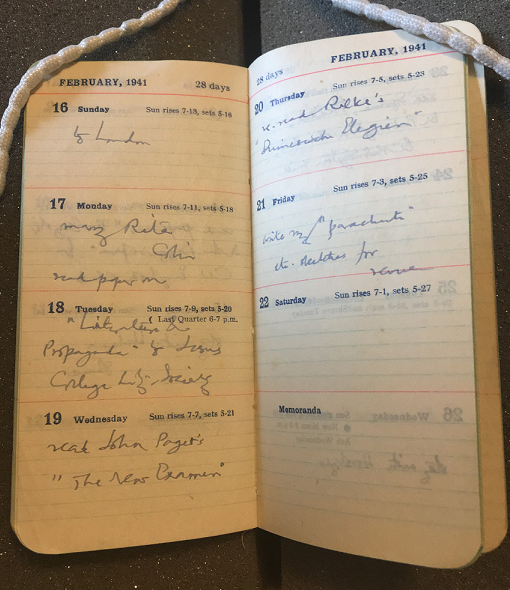 Additonally, they include notes about moving to America and the first showing of The Ascent of Man.

The diaries also contain some longer notes such as Bronowski’s recollections of Timothy White (written on the pages for 16-19 January 1964). Timothy White had been a literary connection of Bronowski’s at Cambridge.

“He was literary editor of the Granta and held weekly tea parties for his reviewers…for some reason, he, John Davenport and I formed ourselves into a club to dine weekly in each of our three Colleges in turn (Queen’s, Corpus and Jesus); we were an ill-matched trio”.

The diaries are an amazing source for anyone interested in Jacob Bronowski and the academic and cultural world that he was part of. The new material also contains photographs, books that had belonged to Bronowski, a log-book from Bronowski’s work inspecting post-war Germany in 1946, and correspondence relating to his time at the National Coal Board (1950-1963).

The additional material has now been catalogued by Bronowski archivist Madelin Evans who wrote this blog. If you would like to view the collection please email archives@jesus.cam.ac.uk to make an appointment.