Archive of the month: Malcolm IV

In August 1163, Malcolm IV confirmed a previous charter, made by him between 1157 and 1159, which protected the Priory of St. Radegund’s possession in ten acres of land at Greencroft.

This land now makes up part of the College site and is where some of the original Priory buildings, including what is now the College Chapel, was built. This second grant, importantly for the Priory, also ensured that it no longer had to pay the fees due on the lands as described in the original deed.

This image shows the deed from August 1163. 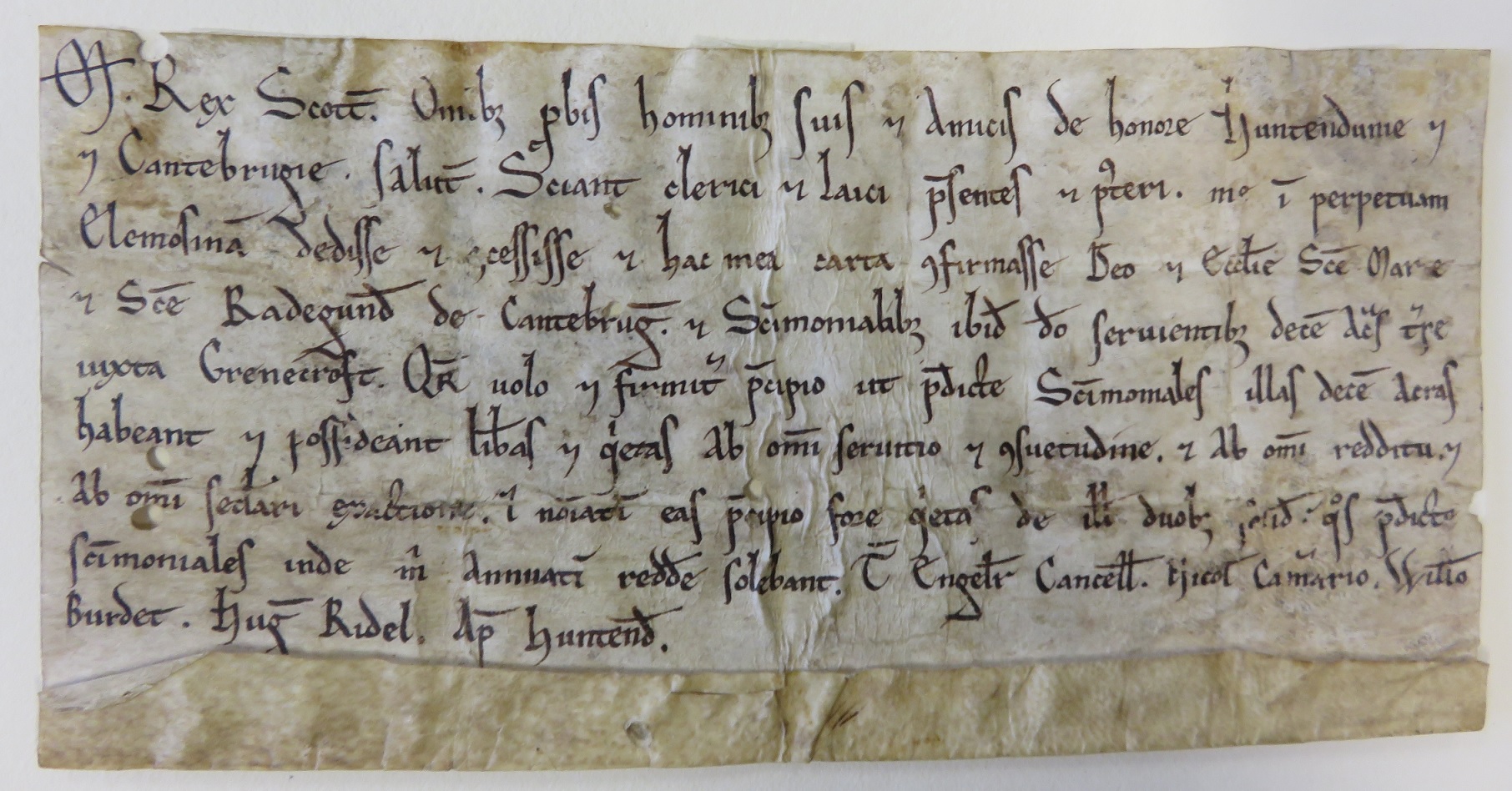 The grant was signed and confirmed in Huntingdon and was witnessed by Engelram the Chancellor, Nicolas the Chamberlain, William Burdet and Hugo Ridel.

Ingleram (d.1174) was initially clerk to Earl Henry, Malcolm IV’s father, from about 1140 until Henry’s death in 1152, after which he served Malcolm IV as his clerk, before being made chancellor in 1161–2. He was later made the Bishop of Glasgow possibly on 13 September 1164 and had given up his chancellorship by this time.

Nicholas the Chamberlain was in the service of Malcolm IV by 1159 when it is known that he was sent oversees with William, the Bishop of Moray, to ask the Pope to make St. Andrews a Bishopric.

William Burdet was appointed Malcolm’s English steward sometime before 1162 and surviving documents show that he witnessed various charters for Malcolm at Westminster, Huntingdon, a hunting lodge at Yardley near Hastings and other documents in Stirling and Edinburgh.

Hugo or Hugh Ridel was a member of the Ridel family, a Normandy family that settled in England after the conquest. 11 years after he witnessed the deed, Hugo was taken hostage after the Battle of Alnwick, a battle that helped put in motion the decisions that led to the definition of the border between England and Scotland.

The first grant by Malcolm to the College has attached to it a copy of his seal which can be seen here. 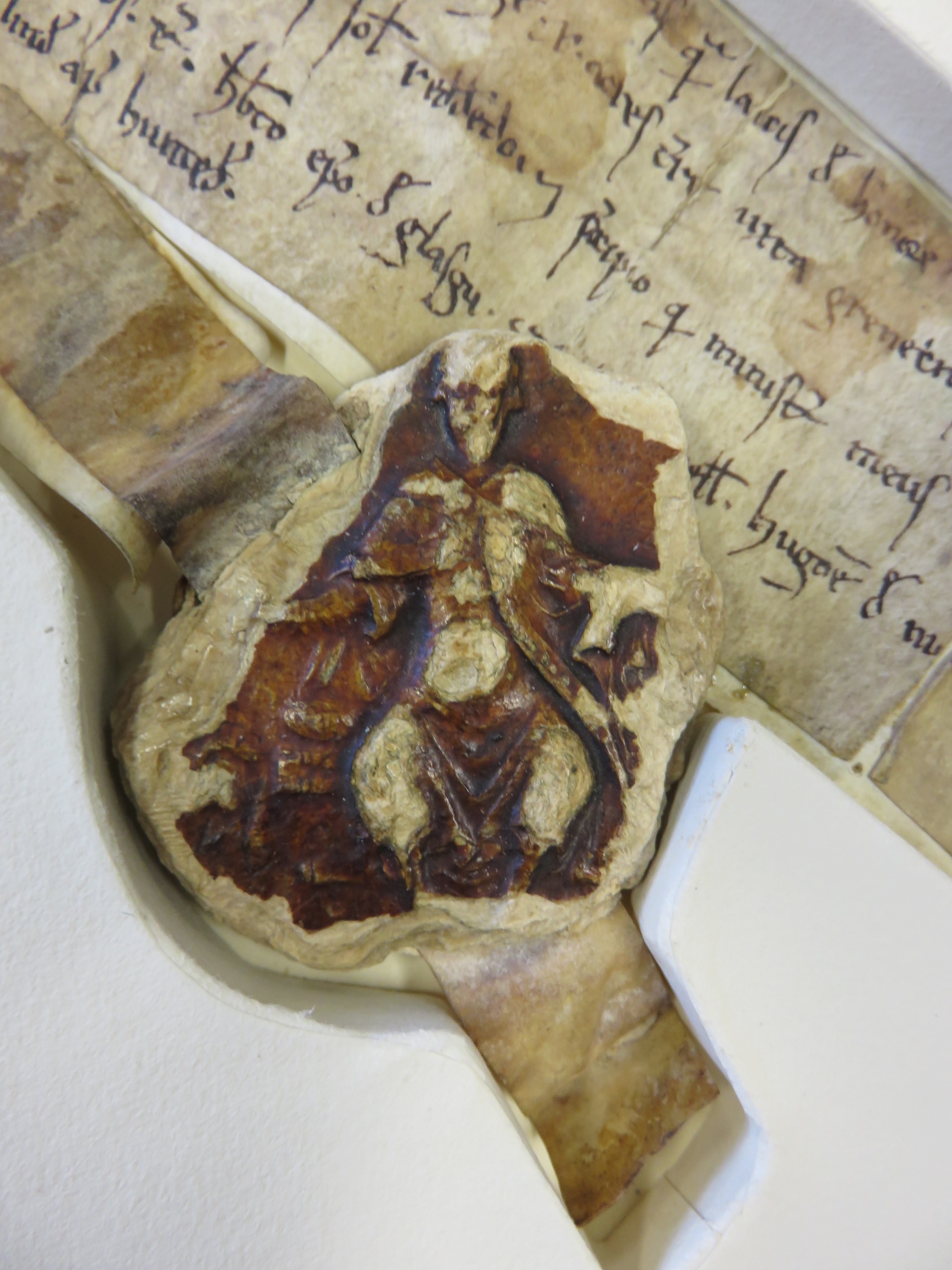 The names of the witnesses on this charter are Herbert the Bishop of Glasgow, Walter the Chancellor (possibly Walter Fitzalan), Hugo of Moreuill, Fulcone de Lusures (possibly Fulk de Lisores, a member of a family with property in Northamptonshire), David Olifart and Walter de Lindsay (possibly a member of the Lindsay family of Barnweill, Crawford, and Glenesk).

Amongst his strengths as a monarch, Malcolm is also known to have held strong religious beliefs that no doubt led to the gift benefitting St Radegund’s Priory. Similarly, Malcolm endowed various other new foundations including Delapre Abbey, Ely Cathedral Priory, Harrold Priory, Missenden Abbey, St. Frideswide’s Priory in Oxford (now part of Christchurch) and Sawtry Abbey, all of which fell within the territories of the Earldom of Huntingdon. In addition, Malcolm also endowed Holyrood and Jedburgh Abbeys in Scotland.

Although Malcolm’s gift was significant, he was not the only benefactor to St. Radegund's Priory, his gift of land simply enlarging the small piece of land originally held by the nuns. Further gifts were made by Bishops of Ely (including Nigel, whose deed of gift is the earliest surviving document in the College Archives), burgesses of Cambridge and various other individuals, so that by the time the hundred roll for Cambridge was compiled in 1279, the site of St. Radegund’s Priory was said to have consisted of 77 acres. In addition the nuns were also granted certain rights such as fishing rights and exemption from paying certain taxes.

Malcolm IV’s benefaction to the Priory, and so indirectly to the College, is commemorated in the name of Malcolm Street which was built on College land in the 1840s and through a depiction of the Royal Scottish coat of arms (which actually post-date Malcolm) in the stained glass in the Hall. 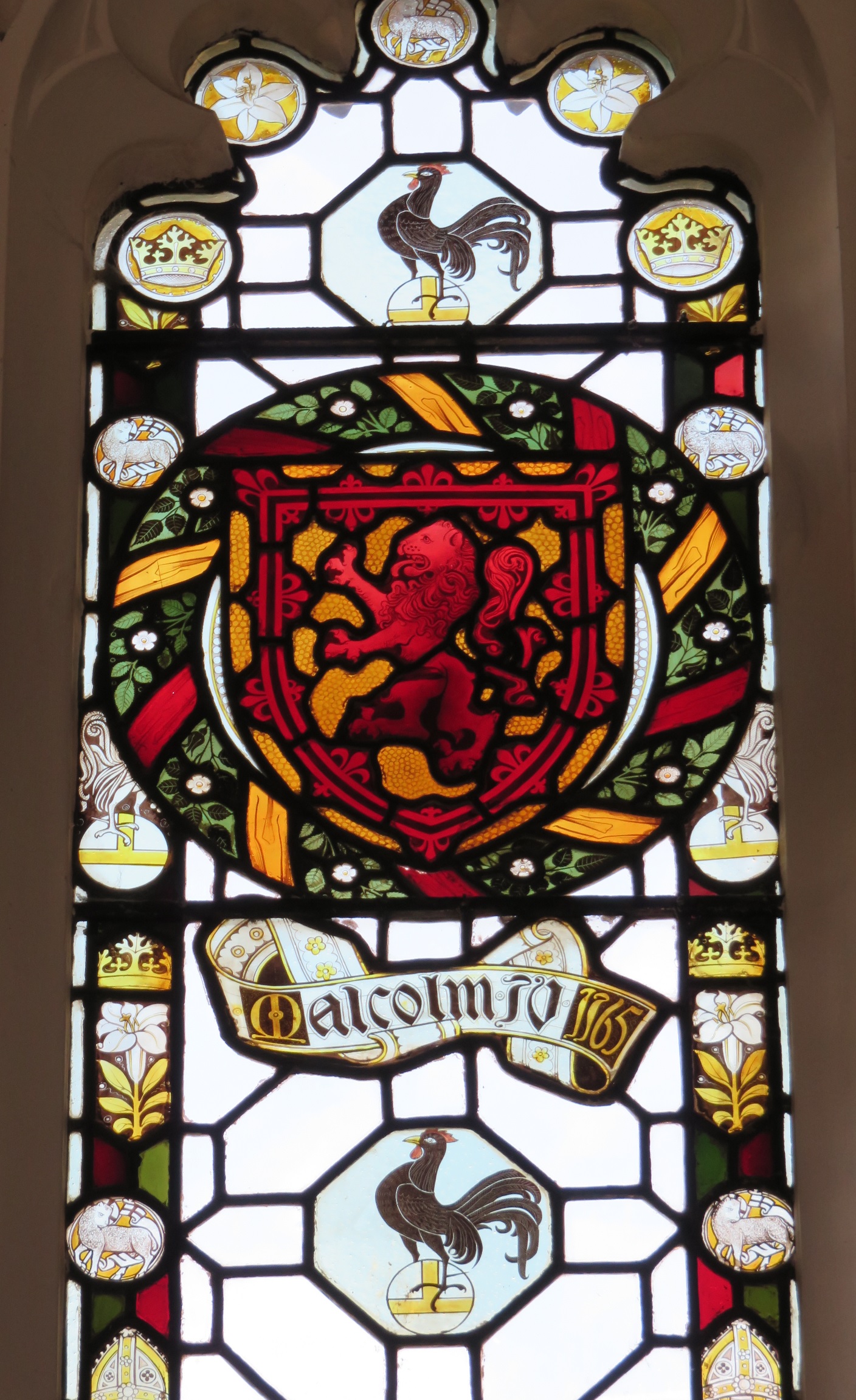