Although Picken gave the majority of his research and personal papers to the Library of Congress on account of his heavy involvement with their Ancient Asian Music Project, the records in the College Archives provide an excellent insight into his various extra-curricular interests and involvement with College life. They also highlight connections to individuals in College, Cambridge and worldwide and the acknowledgements of many learned societies of Picken’s expertise in a wide variety of subject areas.

Born in 1909, Picken won a scholarship to Trinity College, Cambridge in 1928 having previously attended Waverley Road School in Birmingham. He opted to study Natural Sciences at Trinity, following this with a PhD in zoology, the subject in which he would focus much of his career. Shortly after his appointment to a Fellowship at Jesus College in 1944, however, Picken was invited to join Joseph Needham’s Sino-British research trip to China. Photographs from a similar trip are a highlight of the Picken collection in the College Archives.

145 photographs depict the journey made by a research group whilst in China which, according to the captions, was possibly co-ordinated in China by Zeng Zhaolun, a professor of chemistry at the Southwest Associated University in July 1941. 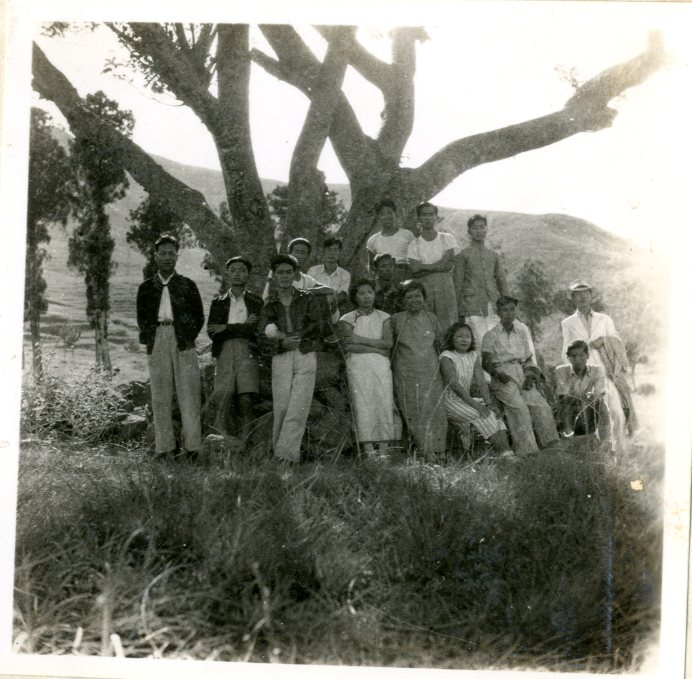 The captions show that the area explored was in southwest present day Sichuan Province, then split between Sichuan and Xikang Provinces. Zeng published Investigation of Daliangshan Yi District in 1945 and the photographs included in the collection here appear to correspond directly with its content. The photographs were possibly taken by Zehan Chen, one of the students on the trip, and perhaps sent to Picken as a memento of the expedition. Although it has not been possible to find further information about Zehan Chen, two of the other students shown in the photographs had successful careers in science. Guangmao Dai graduated with a PhD in chemistry at Indiana University before pursuing a career as a chemist in the USA and China whilst Shi'e Li studied in Copenhagen and the USA, becoming a biochemist contributing to the study of cancer.

The photographs show a variety of subjects, including observational photographs made taking into account traditional crafts, clothing and styles of dress, the natural environment encountered on the trip, accommodation provided and methods of transport. 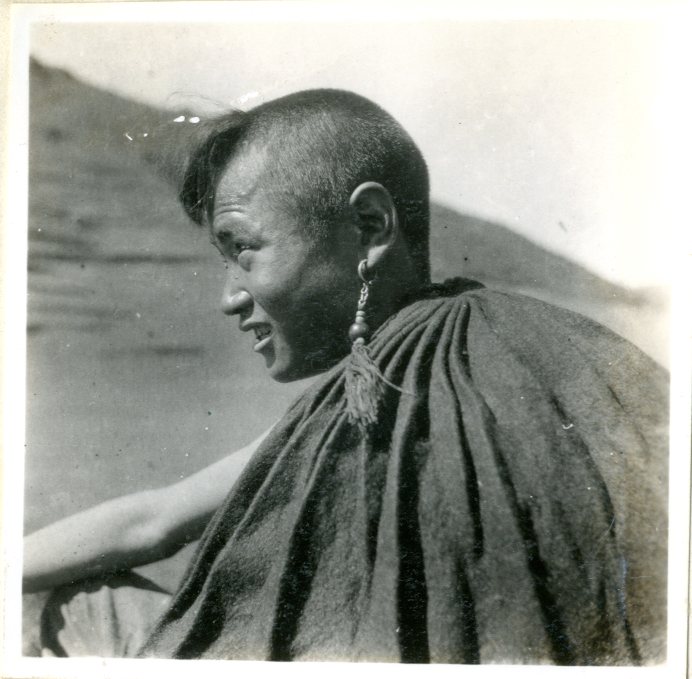 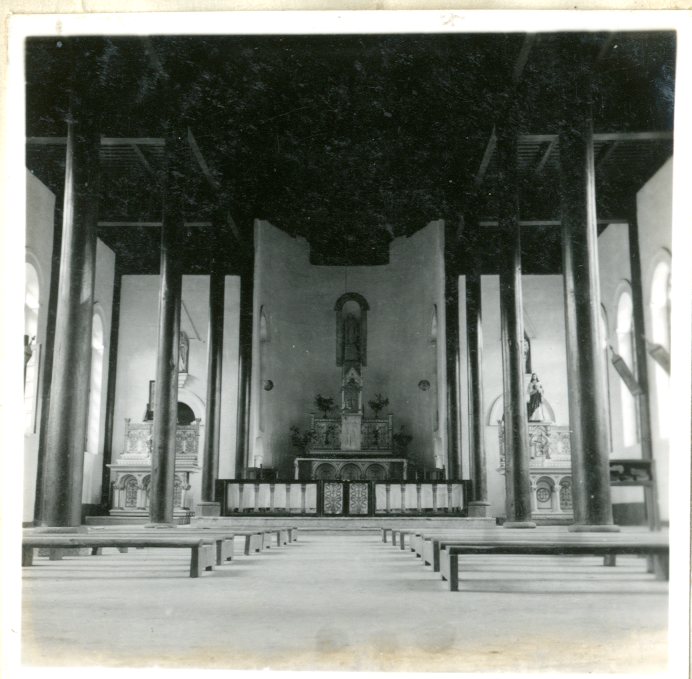 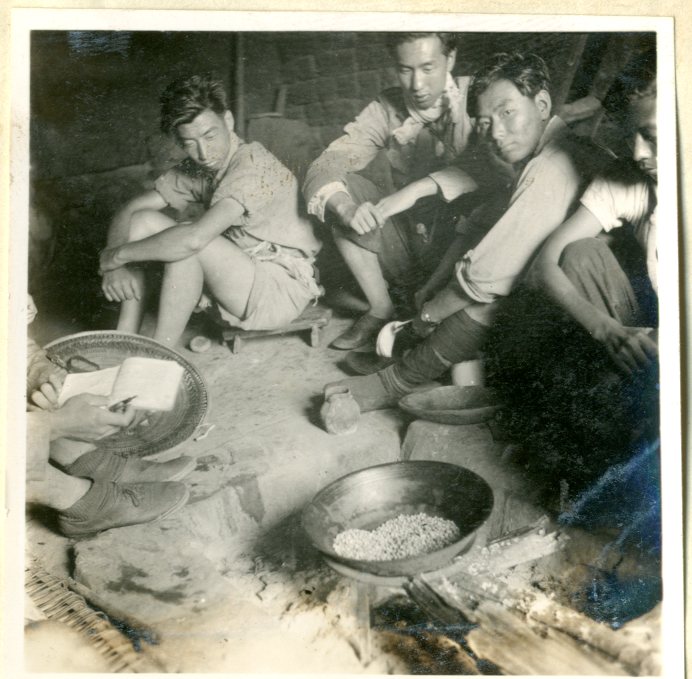 The photographs were subsequently mounted on long sheets of paper which, as the drawing pin holes in the paper suggest, were displayed at some point. They were also annotated in Chinese, possibly by Picken. The photographs were also numbered but as the numbers reach 339, it appears that more than half the collection is missing and unfortunately the missing numbers are not held in the collection held at the Library of Congress.

The full catalogue of photographs can be found in the Archives catalogue here.

This visit to China did, of course, allow Picken to develop his knowledge of Chinese language and Chinese music and instruments, something that he would become well known for.

On returning to Cambridge, Picken took up the role of Assistant Director of Research at the Zoology Faculty where he proceeded to publish important research and help modernise the course and techniques then taught to students. In 1966, Picken then transferred to the Faculty of Oriental Studies in Cambridge during which time he developed his reputation as one of the leading ethnomusicologists in the world. At the same time, he also began to grow his collection of Asian musical instruments which totalled around 700 when the collection was given to the Museum of Archaeology and Anthropology in 1977. Amongst other items, the collection included clavichords, Turkish tambourines, Chinese mouth-organs, ocarinas and flutes. A performance of Chinese music reconstructed by Picken can be heard in this clip where a short extract of an interview with Picken in the gardens by the Chapel can also be viewed about half way through the recording.

His interest in music is also evidenced by the array of programmes, posters, organisational material, costume designs and photographs relating to College musical and dramatic performances, including annual performances of medieval mystery plays in the Chapel, May week entertainments and operas performed in Cloister Court. The following images provide a representative sample of these occasions, the photographs in particular illustrating how lavish some of the productions were. 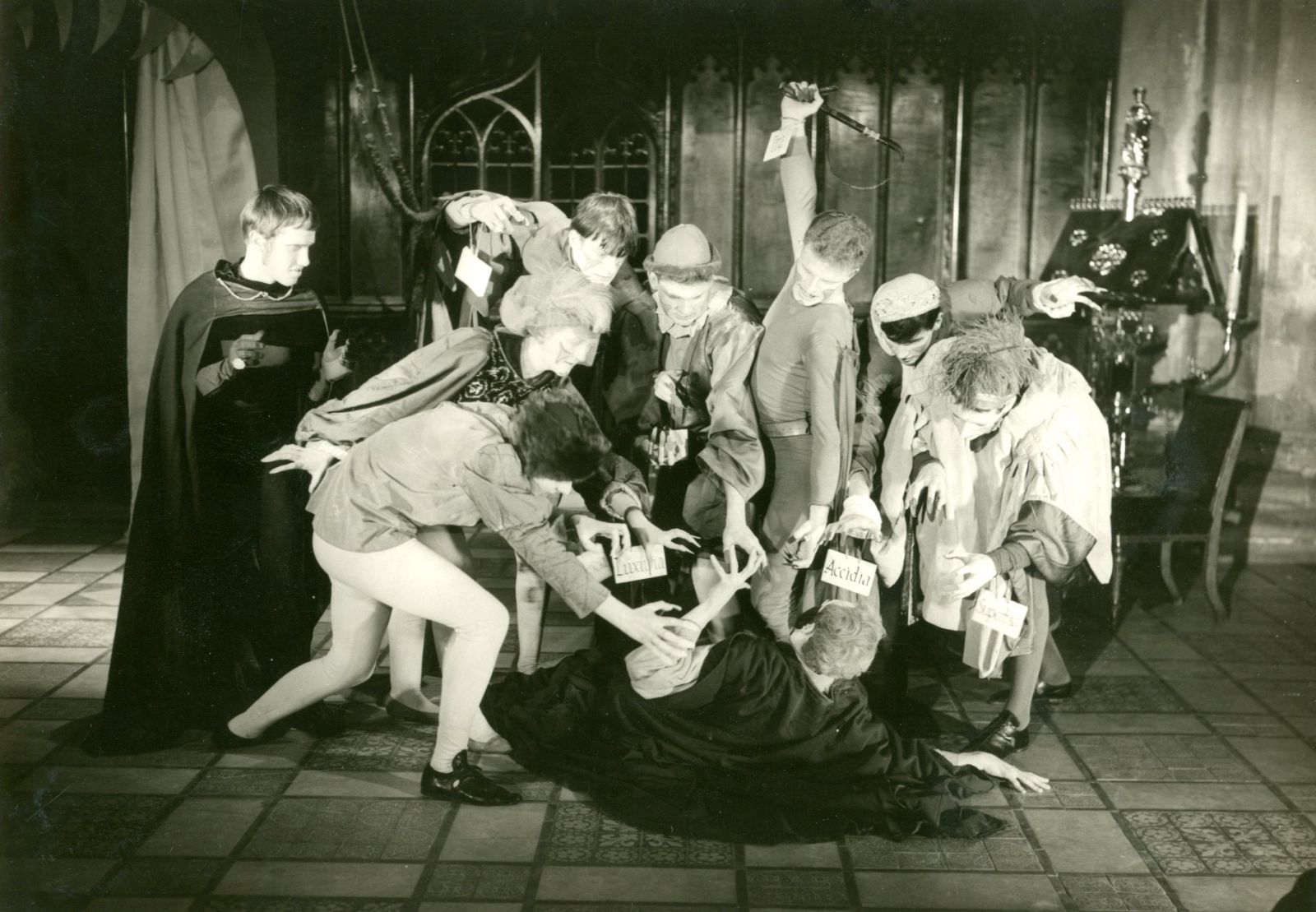 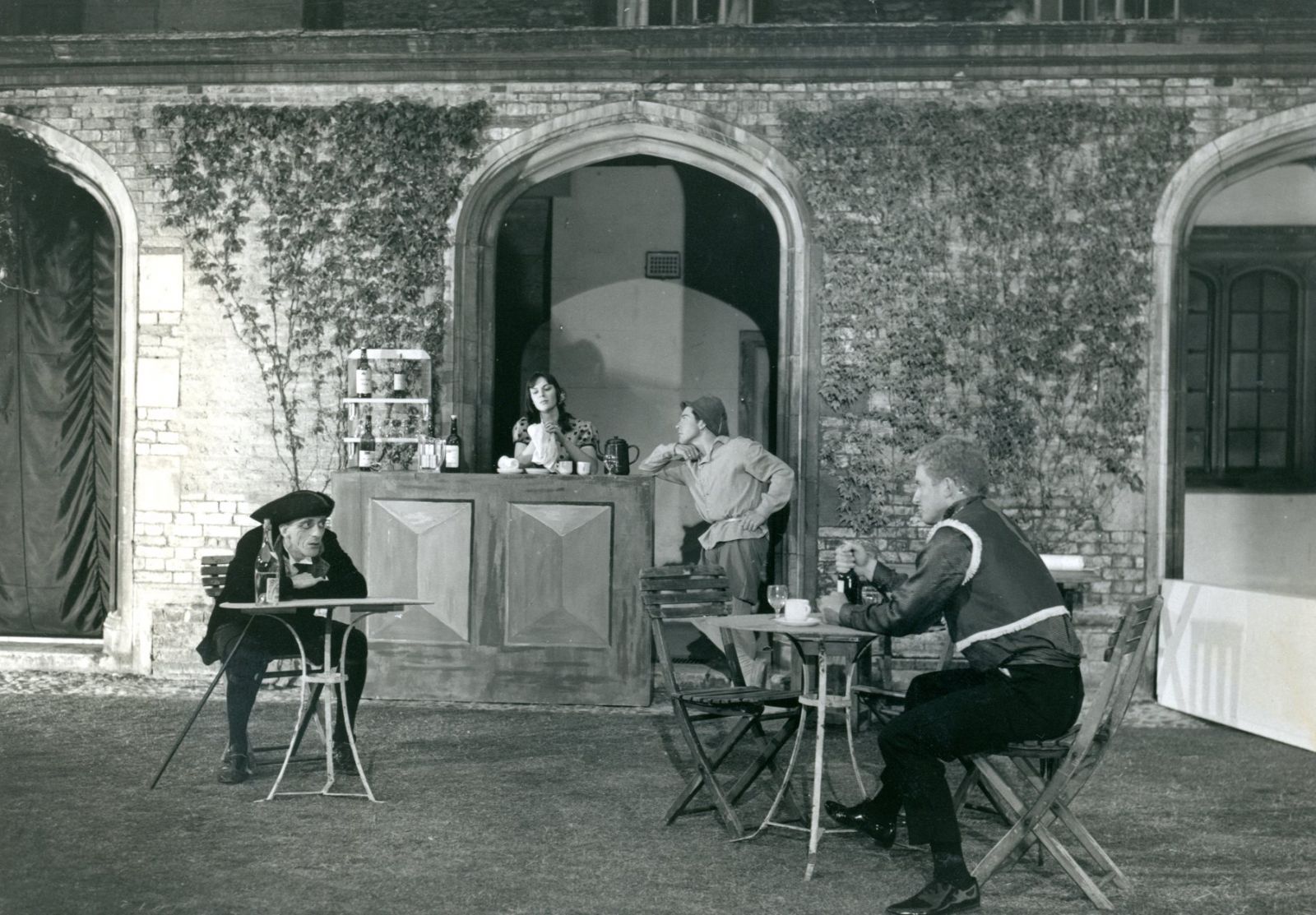 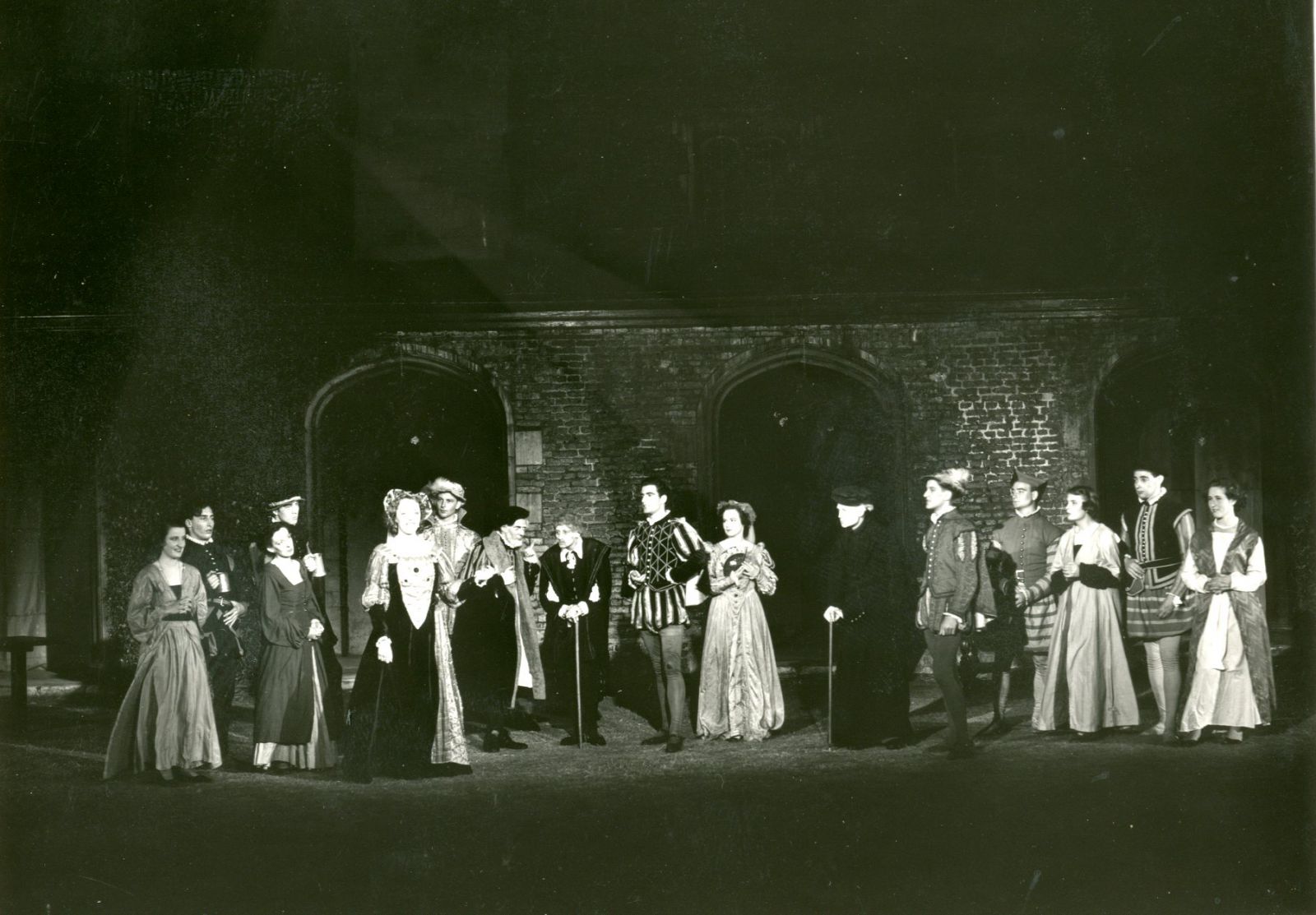 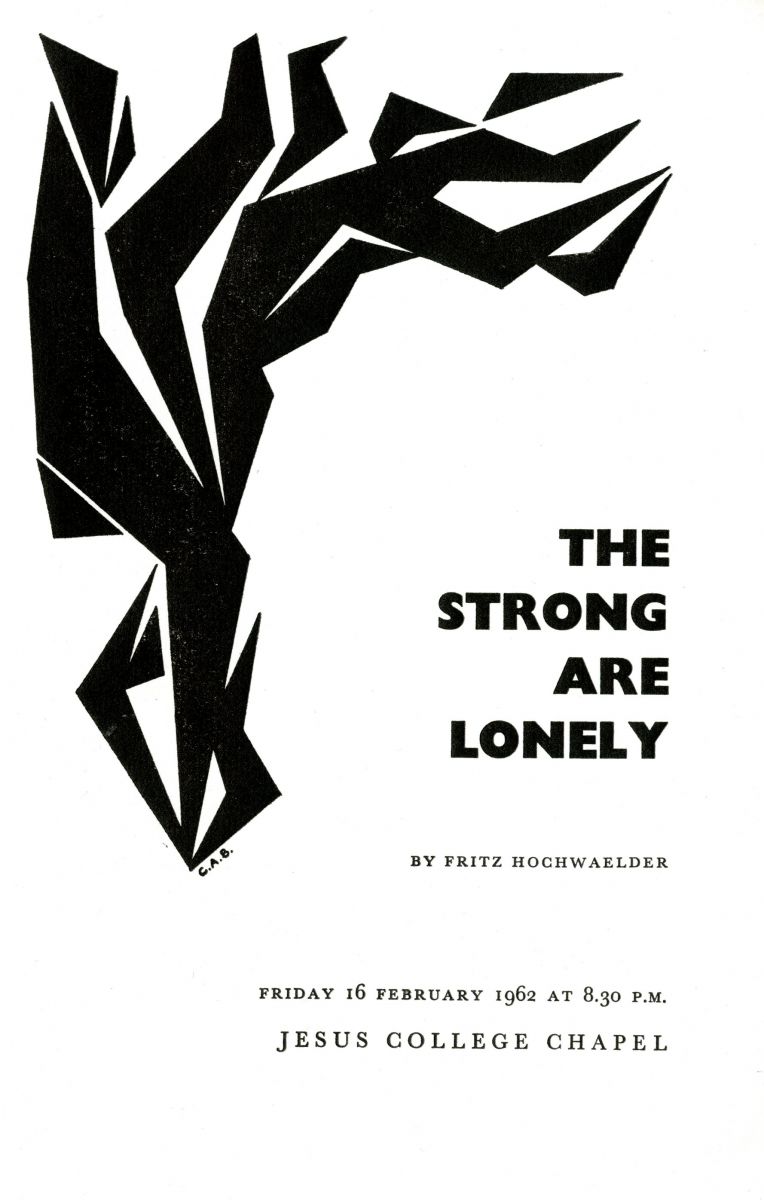 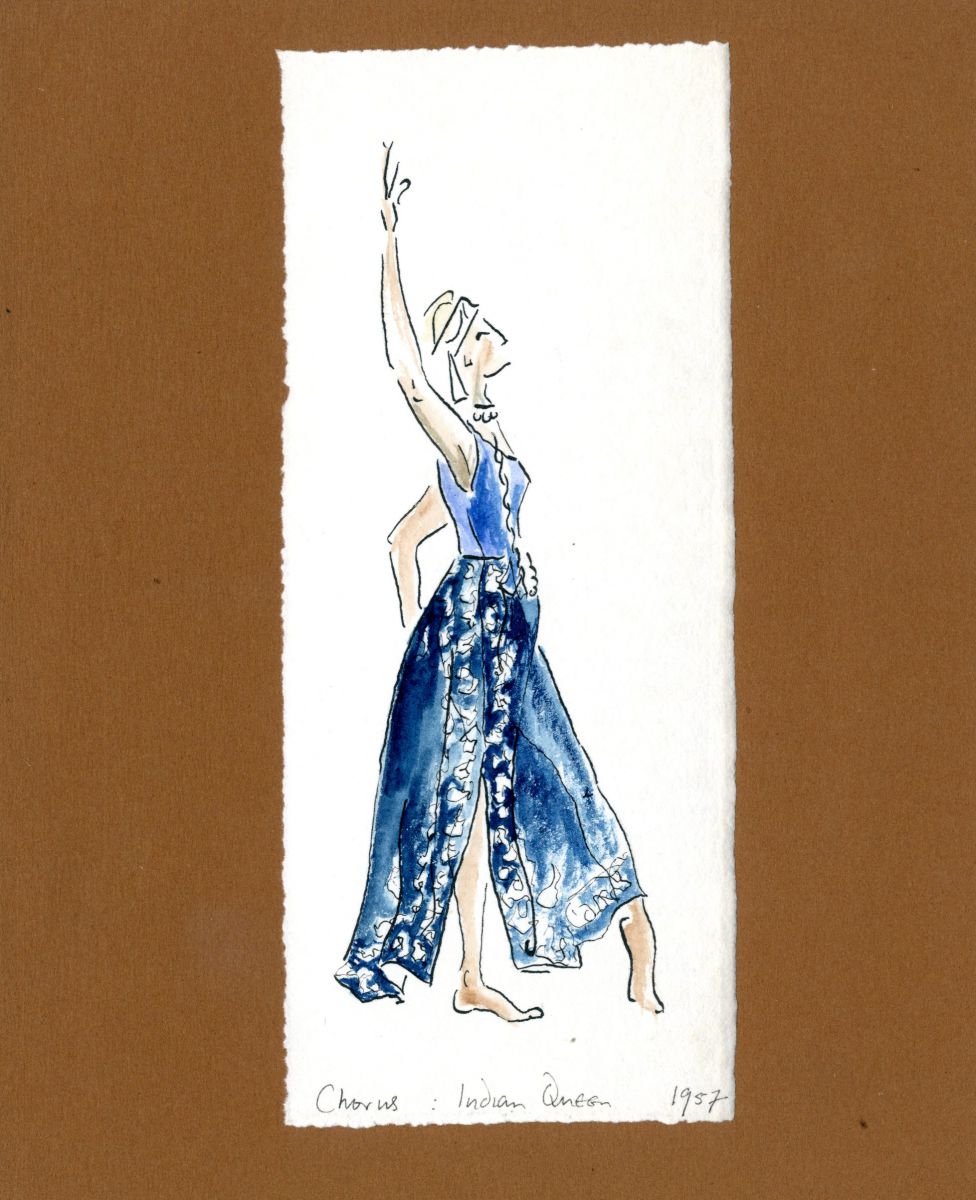 For his academic work, Picken was recognised with significant accolades including Fellow of the British Academy, Honorary Fellowships of Jesus and Trinity Colleges, Cambridge and SOAS as well as an Honorary Degree from the Universite de Paris.

The Picken collection is an excellent addition to the College Archives and is highly recommended to anyone with an interest in any of the subjects represented by the parts of the collection featured in this article. To view the full catalogue of the collection, please click here.