Archive of the month: Jesuans at Bletchley Park

Following the outbreak of WWII, many members of the College were called upon for war service.

For many, this included joining the armed forces, but for a few, this involved taking up residence closer to home at the Government Code and Cypher School based at Bletchley Park in Buckinghamshire. Several students and then recent graduates of the College are known to have worked at Bletchley; Leslie Calverley, Irving John ‘Jack’ Good, Ernest Kleinwort, Oliver Hugh Lawn, Alexander Dorner Morris and Derek Taunt.

Unfortunately, as the work undertaken at Bletchley Park was both secret and did not have anything directly to do with the College, relatively little information survives in the Archives. However, hints of the Bletchley connection are to be found in correspondence contained within some of the tutorial and Fellowship files for these individuals. 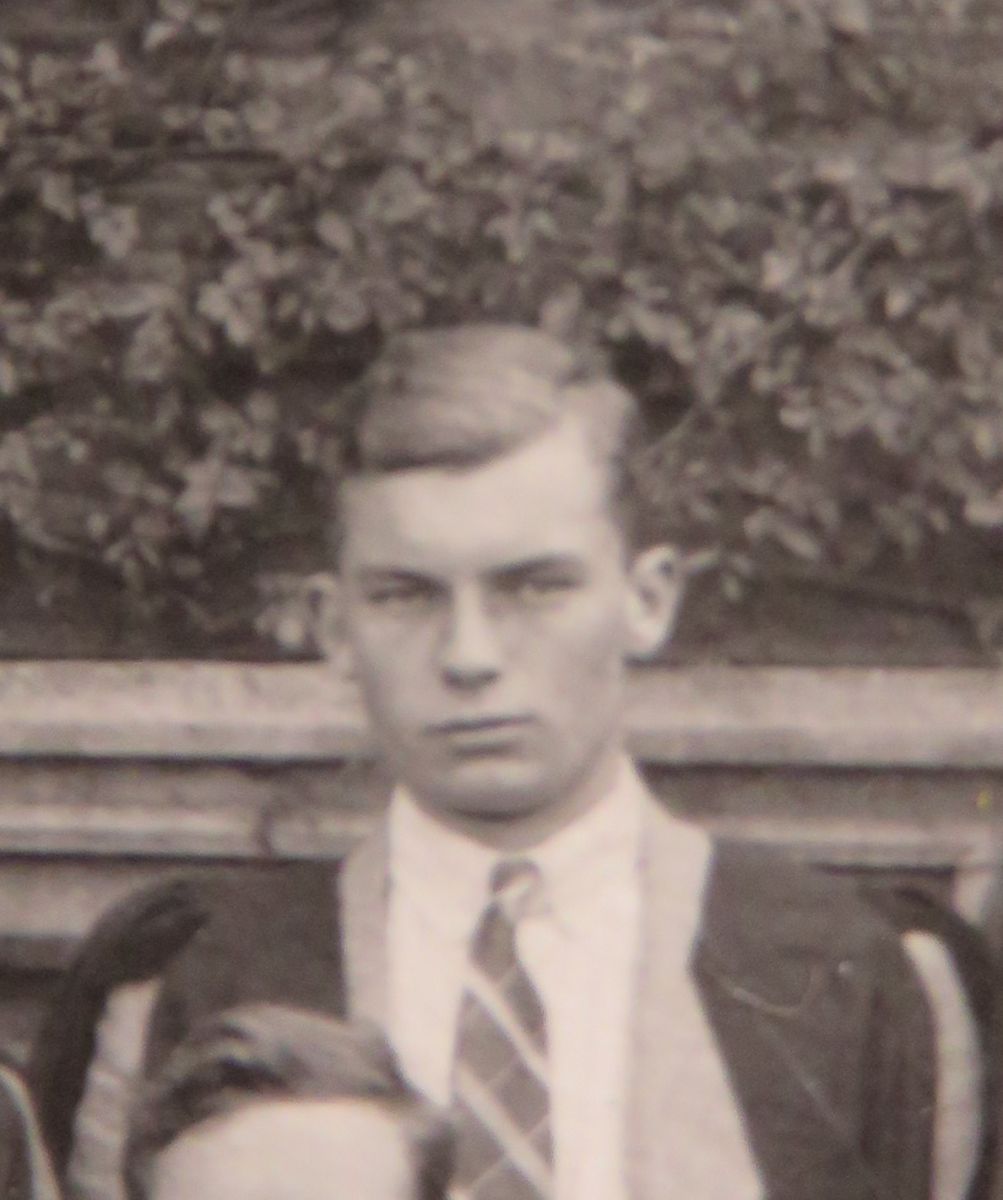 Derek Taunt came up to Jesus in 1936 to study Maths. He worked at Bletchley from August 1941 until May 1945, in both Hut 6 and Block D(6) identifying crib and producing Bombe menus, then in Research Section and Quiet Watch. No references are made in Taunt’s tutorial file to his time at Bletchley, although his ability as a Mathematician is very clear. A note to A. P. Sinker, the Senior Tutor, describes his thoughts about his involvement with ballistics strategy which he undertook immediately prior to moving to Bletchley. There is, however, one reference to Taunt at Bletchley made in correspondence between Leslie Calverley and the senior tutor. In the letter, Sinker makes reference to Calverley’s address (at Bletchley) and that ‘there are now quite a collection of Jesus people there’. He also describes how, on his way travelling down to Cambridge from the North of England, he assumed he must have been near Bletchley as he saw ‘a former Jesus scholar, Taunt, walking in the field’. Taunt was later made a Fellow of the College. 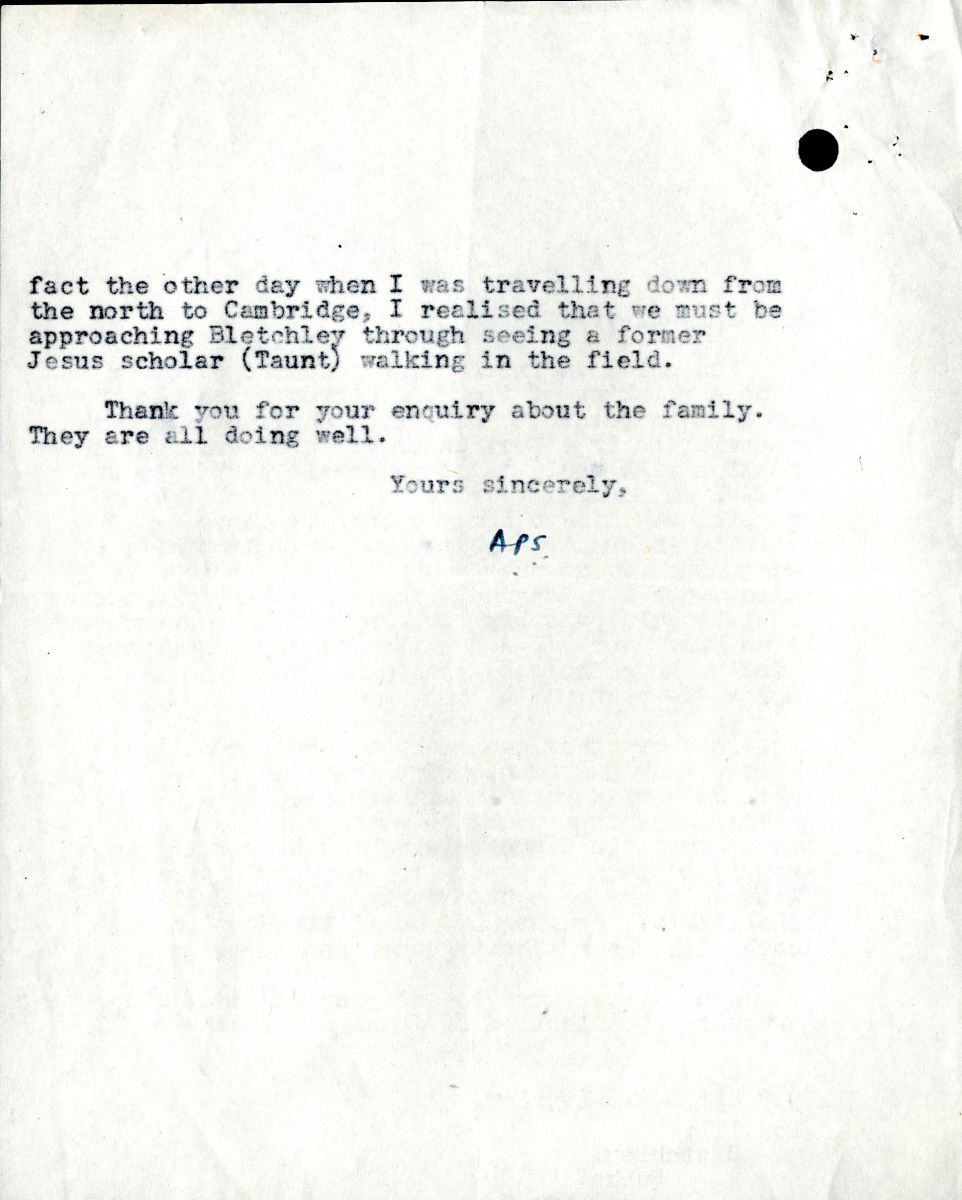 Oliver Lawn came up to Jesus in 1937 to study Maths. At Bletchley he worked in Hut 6 and Block D(6) as a cryptanalyst and, in 1943, contributed to the design and use of a high-speed 4-wheel Bombe. His academic performance in Maths was extremely high, taking certain exams earlier than usual and still achieving a first. Lawn mentions his involvement with the ‘Foreign Office’ at Bletchley in a letter to the senior tutor dated 20th October 1945, in regard to the terms on which he might be readmitted to the College, following a period at the University of Reading where he was lecturing in Maths. 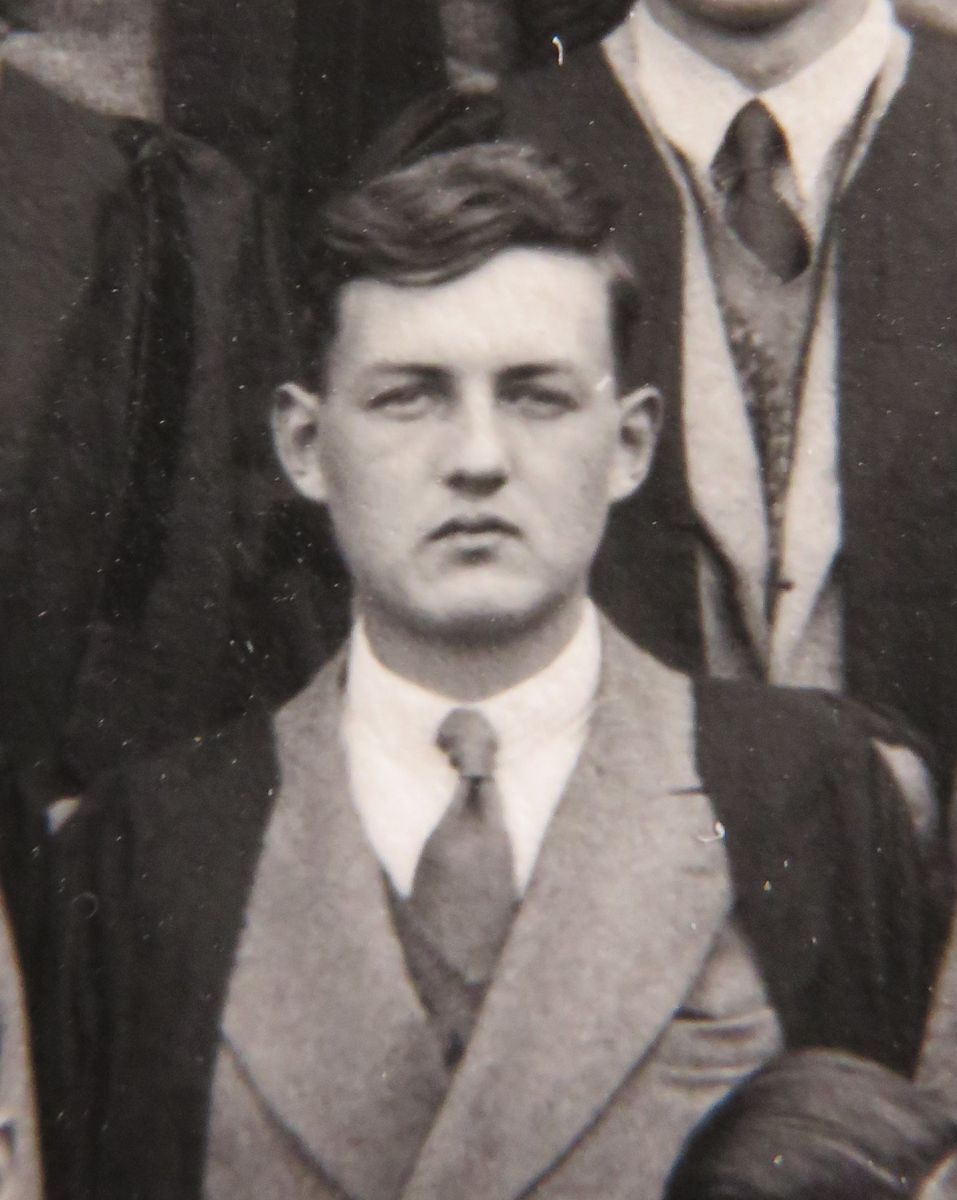 Leslie Calverley came up to Jesus in 1938 to study Classics but also undertook study of courses in German and Russian. At Bletchley he was in SIXTA (No 6 Intelligence School and Traffic Analysis), part of the Military Section. Calverley modestly described in correspondence to the Senior Tutor that ‘my career has been remarkable only for its uneventfulness’.

Alexander Morris was admitted to Jesus in 1942 but didn’t come up until 1946 to study Classics and Theology. At Bletchley Park he was in Hut 7 and worked on decoding and translating Japanese Naval Intelligence as well as undertaking similar work in Columbo, Ceylon (now Sri Lanka). Correspondence in Morris' student file between his father and E. M. W. Tillyard, then acting senior tutor, indicate Morris’ father’s knowledge of his son’s work and location, although not necessarily exactly details of what was involved. 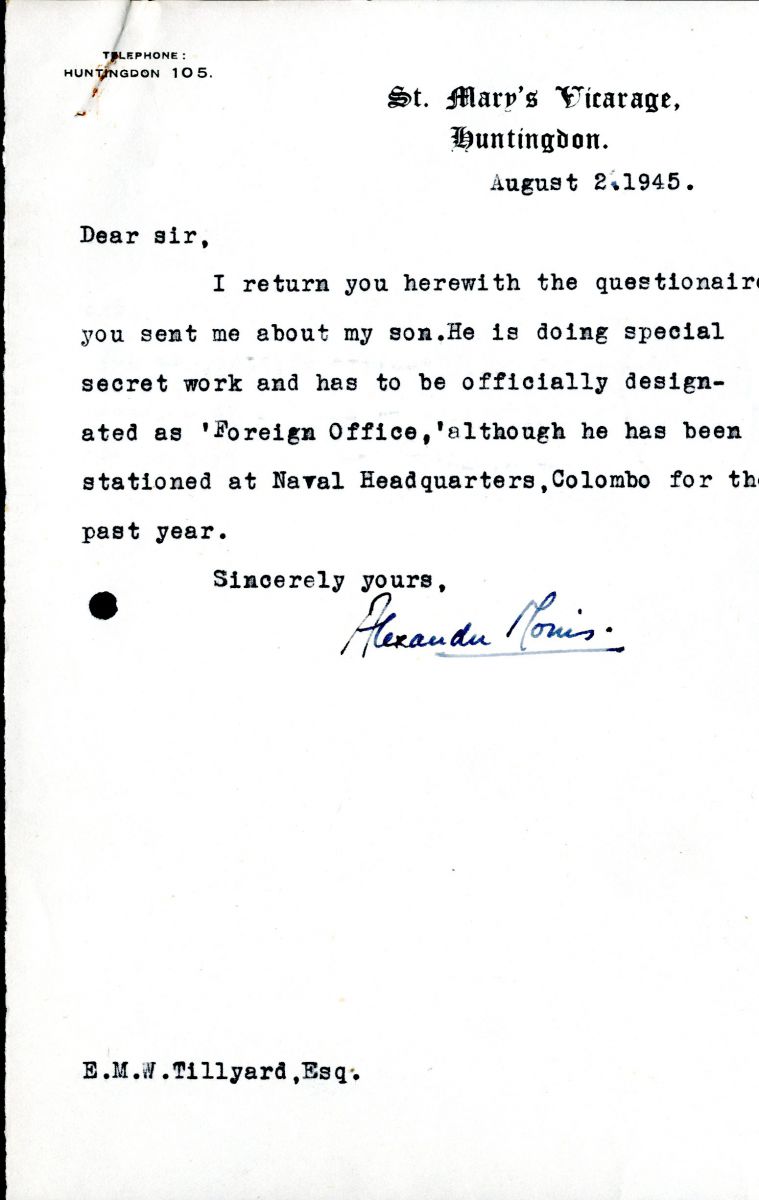 Trevor Jones was at Bletchley in Hut 3 and Block D(3), working to record German technical terms and military abbreviations. Jones was a Director of Studies in German and a Fellow of the College before the war and although a couple of notes in his file refer to the Foreign Office wanting to make use of his skills from 1940, it was not until 1943 that he took on work at Bletchley, represented in his file simply by a gap in the dates of the records.

Denys Page, Master of the College from 1959 – 1973, also undertook important work at Bletchley Park for the duration of the war. Initially he was based at Elmers School, a requisitioned school adjacent to Bletchley Park where he probably undertook work in the Diplomatic Section which decrypted and reported on enemy diplomatic communications. Page was also later head of ISOS, which dealt directly with decrypting signals from the German Intelligence Service, and from March 1944 had the title Assistant Director of the Illicit Signals sections.

Ernest Kleinwort came up to Jesus in 1920 to study modern languages, politics and economics. At Bletchley he worked in Air Section, including reporting on German night fighter activity. Unfortunately no file survives for Kleinwort in the Archives.

Jack Good came up in 1935 to study Maths. At Bletchley he worked in Hut 8, between June 1941 and October 1943, with Alan Turing on methods to break Enigma. Between October 1943 and September 1945 he worked in Block F, Newmanry as a cryptanalyst. As with Kleinwort, unfortunately no file survives in the College relating to Good.