Archive of the month: James Webster and the construction of K staircase

On the 1st June 1822 a local builder, James Webster, was contracted to design and undertake the construction of an extension to the then existing College accommodation.

The decision was made to extend northwards from J staircase across an area which was occupied by various outbuildings and sheds, as can be seen in this close up from a late 17th century painting of the College. 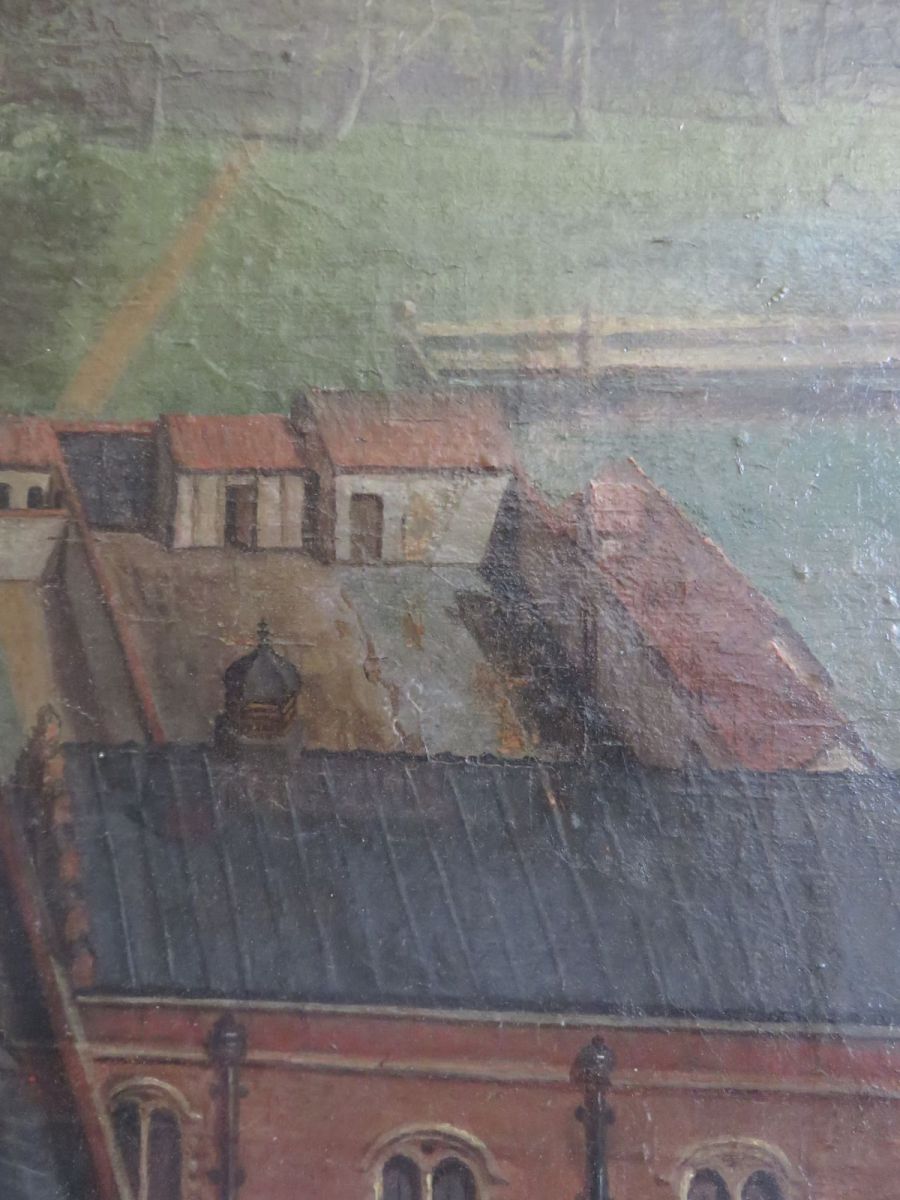 A meeting of Council in May 1822 gave approval for the construction of new accommodation, citing “the great increase in the number of members of the College” as the reason. It is possible that the conclusion of the Napoleonic wars and the end for the need for young officers in the British army led to the influx of new students during this period. 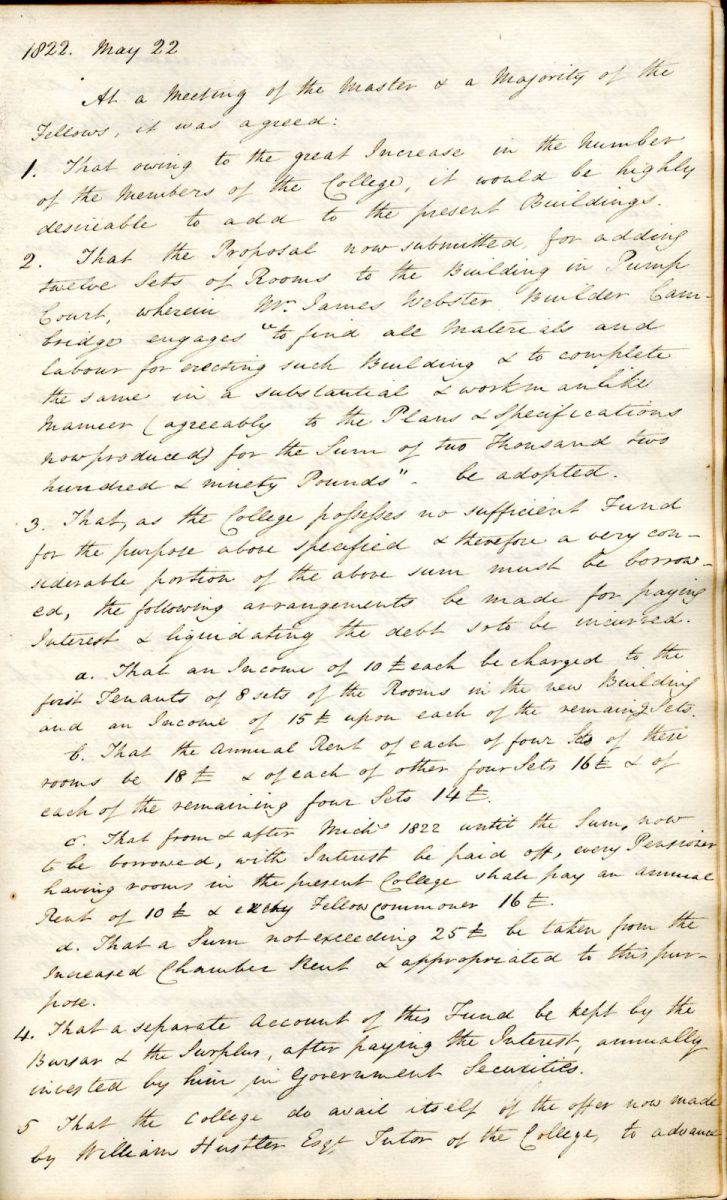 However, despite enthusiasm for the construction of the new accommodation, the College solicitor, Christopher Pemberton, wrote to the Master in a letter dated 4th May 1822, recommending that the College should not borrow the money required for the building work from a commercial lender should it be a burden to the College in the future. Instead, the funds required, which amounted to £2490, were borrowed directly from Mr. William Hustler, the then College bursar at what was, presumably, a more reasonable rate than would have been available commercially.

One of Webster's proposed designs is this rather grand unrealised plan. In time, however, Webster's idea to extend the accommodation beyond what is now known as K staircase was, to a degree, realised with the construction of M and N staircases in the late 19th and early 20th centuries.

Although the main footprint and architectural features of K staircase are generally unchanged since construction, bills submitted by Webster indicate the original interior decorative state of the rooms which have of course changed over time. Payments were made for items such as 6 brass knobs, 6 escutcheons, new deal cupboards for the gyp rooms, old plain tiles, ridge tiles, plaster to the niche over the staircase instead of plain ceiling, 36 mortice locks instead of iron rim locks, 6 patent French latches instead of common latches, battening out the old wall in the attic and deals for making wine bins.

A bill from Webster also lists clunch as being brought from Cherry Hinton and used to "fill up the deep cavities at the bottom of the foundation". This is likely clunch brought from the clay pits in Cherry Hinton, part of which is now a nature reserve.

These new rooms, as with the new rooms created in the early 18th century following the refurbishment of A and B staircases, were then immediately let to pensioners, or fee paying students, who were in a position to pay higher rates for new or better rooms in College, their money going immediately towards the repayment of the loan from Mr Hustler.

Webster was also responsible for construction and design work at Emmanuel College in 1824 and, with his construction of K staircase being well received, he was later employed by the College for additional jobs including redesigning the gardens adjacent to K staircase ‘lately occupied by Willis the cook’ in 1824 (probably his kitchen garden) and again in 1835 for constructing cottages adjoining the College stables which were on the site of what is now West Court. Other buildings attributed to Webster include Malcolm Street, the rectory at Teversham and College property in Graveley.

College accounts show that Webster carried out various repairs on the Chapel, the Master’s Lodge, the Hall, SCR, kitchens and New Square. Details of these general types of work Webster carried out around the College are listed in a receipt dated 14th December 1822 and include payments for rehanging the door in the laundry, wood for mending the clothes horse, boards for chair backs, making a new table for the storeroom, easing sash in store room, rehanging the shutters in the storeroom, mahogany for making a two foot stool, skirting for the Hall, for raising the ironing stool, sash line, stuff to make cup stands, making a meat safe, sashline for rehanging green door, preparing framework for robe closet and for a soap box. Just this one receipt gives an immediate insight into the regular repairs and works required to maintain the College in the early 19th century and no doubt also represent a realistic account of the types of work Webster undertook on a daily basis.