Archive of the month: Get thee to a Chapter House

Walking through College it is impossible not to notice the impressive set of three arches on the east side of Cloister Court that look through to the Fellow’s Parlour.

Clearly of historic importance and of an older design to the majority of architecture in the College, it is often asked what they are and to what did they originally relate?

Consisting of a doorway flanked by two windows, they were originally the entrance to the chapter house that was used by the nuns when St. Rhadegund’s Priory occupied the College site. A chapter house was a place where the chapter, or members of a religious order, would gather for important meetings, to discuss the allocation of duties or listen to (or give) readings of religious texts.

It is of note that the arches in Cloister Court were never glazed nor was there ever a door fitted to the doorway and it has been argued that this was because the original cloisters of the priory would have been glazed.

The chapter house in the Priory here, like those in similar sized institutions, was located on the east side of the cloisters near the main church, although rather unusually (but not uniquely), the cloisters here were located to the north of the church rather than to the south. The space above the chapter house would have contained the dorter (or dormitory) where the nuns slept.

On the establishment of the College, it was decided to completely gut the then existing east range of the cloisters in order to convert the whole range into accommodation, inserting new chimneystacks and three storeys in the same space where, it is thought, only two storeys had previously existed (the chapter house below, the dorter above). It is worth noting, however, that the eastern end wall of the chapterhouse extended beyond the current wall on the east façade of the east range as seen in this plan. 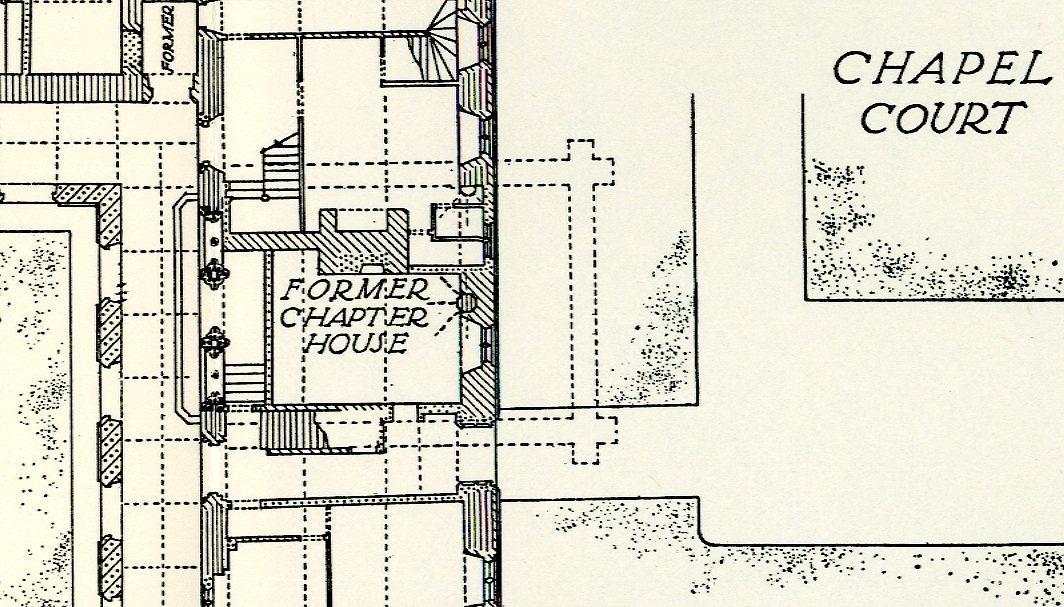 Noticeably, the ground level near the chapter house arches is around 3ft above where it would have been originally. It is thought that this rise in the height of the ground was partly caused through the demolition and remodelling of old parts of the Priory buildings, with debris being left and covered over. 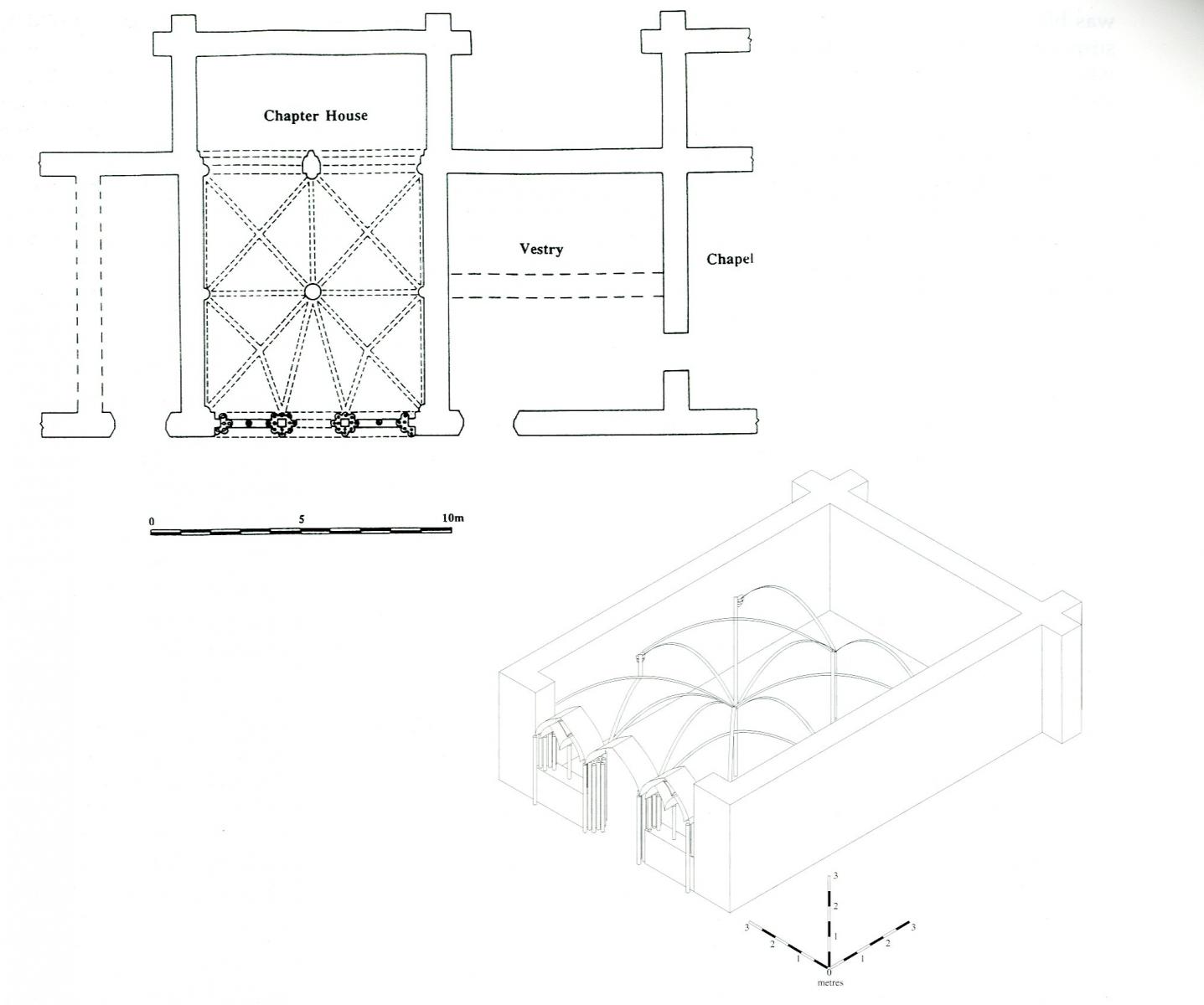 Following the rebuilding of the Nunnery/College site in the early 16th century the arches, which then were not considered to be of any particular aesthetic merit, were blocked up and plastered over, forming part of the supporting walls of the new College accommodation block.

It was not until nearly 350 years later, sometime during a long vacation in the late 1830s, that an inquisitive student, Osmond Fisher, noticed the outline of the arches behind the plaster. Being a diligent student, Fisher immediately went to the only senior fellow resident in College during that same long vacation, a Thomas Dickes, and asked if investigations could be made to uncover the arches.

Dickes was not interested in doing this and even when Fisher mentioned it again to him during his fellowship induction in 1844, when the plaster was being removed and replaced with ‘Roman cement’, the answer appears still to have been no. Although as Mr. Dickes appears to have died the same day as he gave Fisher his induction, we will never know if he would have been persuaded to change his mind.

Furthermore, although Fisher records that by 1853 when he was made a tutor of the College the ‘Roman cement’ had cracked with the crack following the lines of the arches, it was still not for another 40 years that the arches would be rediscovered.

It is interesting to note that Fisher actually started his education at the newly founded King’s College London where the principal, William Otter, encouraged him to move to Jesus College instead. Otter was himself an alumnus and Fellow of the College and one of Edward Daniel Clarke’s letters to him was featured in the January 2017 Archive of the Month. 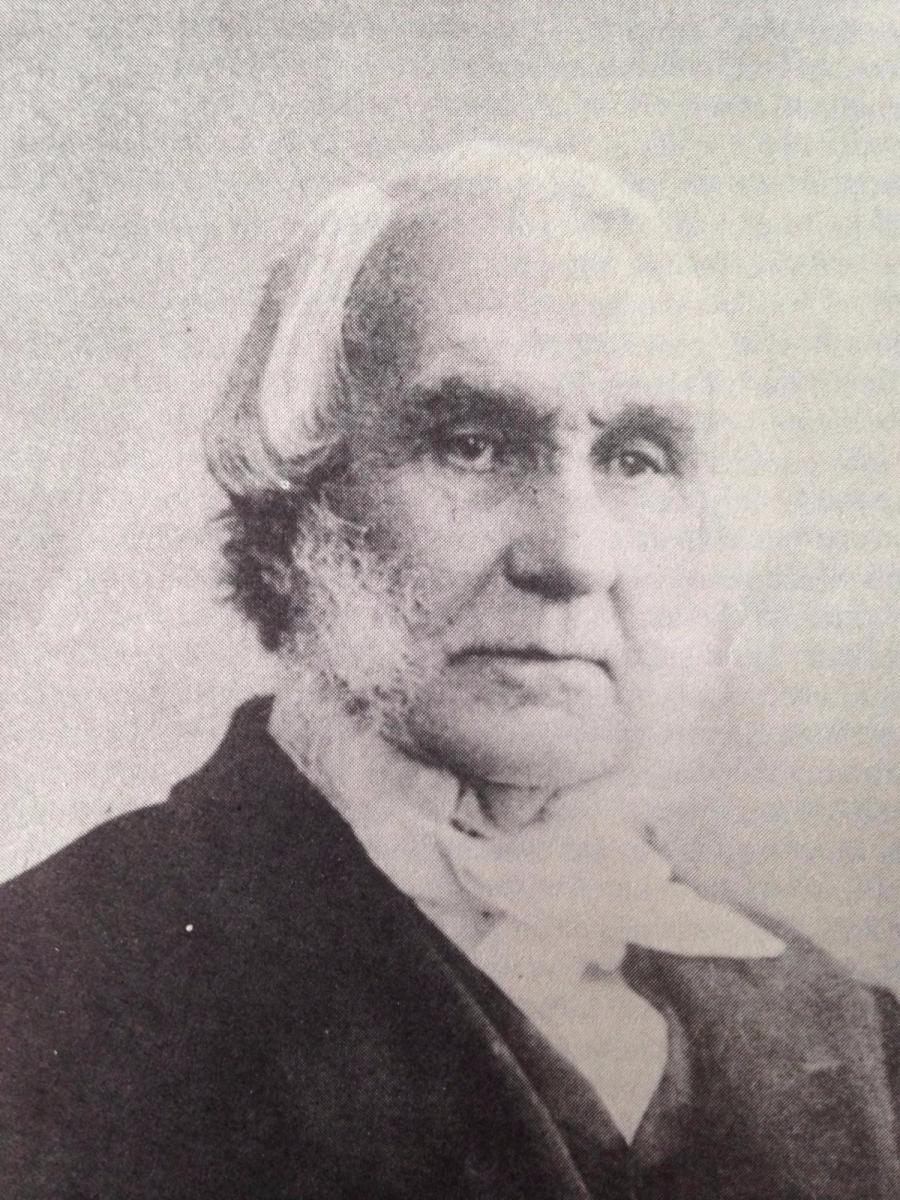 In April 1893, the College finally agreed to Fisher’s request and made a search for the arches. Initially they were not found, leading Fisher to doubt whether there was anything there, but almost as soon as he had returned home to dwell on the disappointment, he received a telegram telling him that one of the masons working on the search had found them.

Following their discovery, the College asked John Thomas Mickelthwaite to restore the arches. Mickelthwaite was a leading architect of the time who dealt with various church restorations and constructions and had been a pupil of George Gilbert Scott who himself had contributed to the restoration and refurbishment of the College Chapel in the 1860s and 1870s.

Mickelthwaite made various recommendations in a report to the College Council. The report was read at the Council meeting held in July 1893 and it was agreed that the work could be undertaken over the long vacation. Although under the guidance of Mickelthwaite, the actual construction and restoration work appears to have been undertaken by Rattee and Kett, a well known Cambridge building company. This is indicated in just one surviving receipt, shown here. 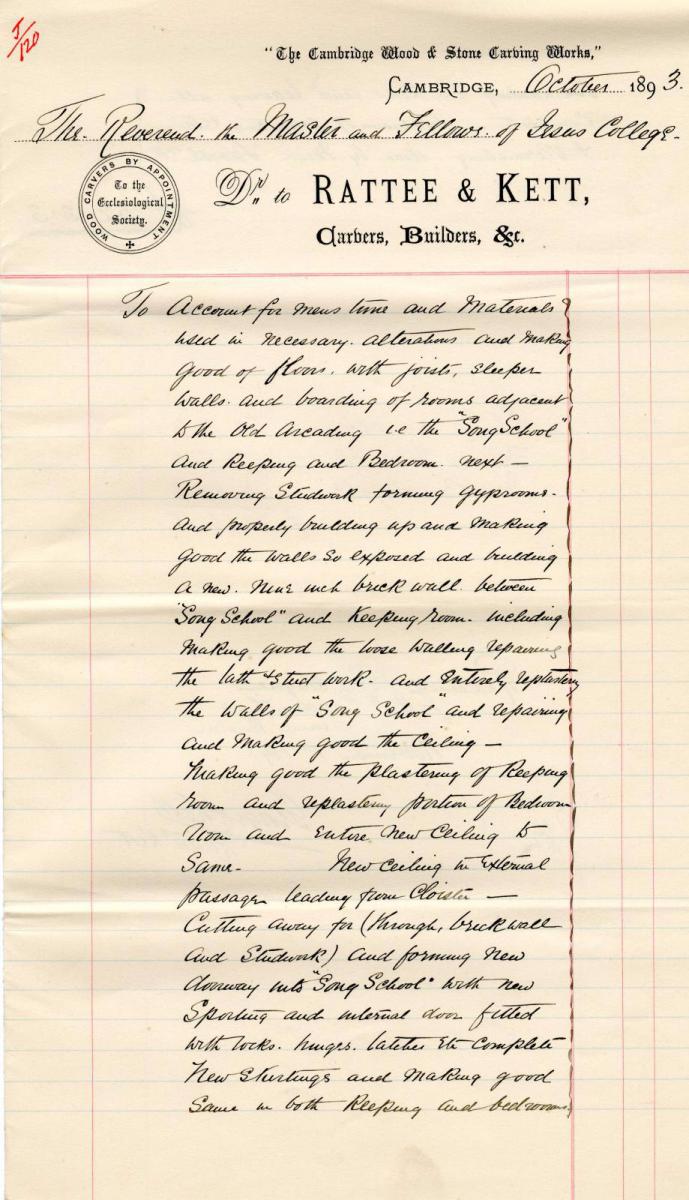 The work done to preserve the arches appears to have been included as part of the general reconfiguration works that were undertaken in that part of the College to accommodate the display of the arches.

Indeed it was the rediscovery of the chapterhouse entry that prompted an excavation in 1894 (unfortunately it was not well recorded) of the foundations of the easternmost wall of the chapter house which is now covered by the lawn, flowerbeds and path that links Cloister Court with Chapel Court.