Archive of the month: Constable in the Chapel

In March 1841, the last burial within the College Chapel took place.

The burial was of John Charles Constable, the eldest son of the painter John Constable who had originally matriculated at Corpus on 13th December 1836 but ‘migrated’ to Jesus on 23rd October 1837.

The migration to Jesus was undoubtedly due to Osmond Fisher, a childhood friend of his who had matriculated at Jesus a year earlier on 6th February 1836, and who was later a Fellow of the College, responsible for uncovering the arches of the entrance to the nun's Chapterhouse. Their friendship was a result of the long standing connection between the Constable and Fisher families. Osmond’s great uncle, John Fisher (not be confused with Osmond’s father and Fisher's nephew, also John Fisher) was Bishop of Salisbury and a great patron of John Constable, commissioning him to paint his famous view of Salisbury Cathedral. Indeed, Bishop Fisher and his wife Dorothea can be seen in the bottom right hand side of the painting.

Osmond’s father also went into the church and took positions at Salisbury where he worked for his uncle. Whilst there, he appears to have first met Constable in Salisbury in 1811 and later officiated his marriage to Maria Bicknell at St Martin in the Fields in 1816. They remained firm friends throughout their lives and shared numerous family holidays together in England, giving John Charles Constable and Osmond Fisher the perfect opportunity to develop their own friendship.

A very brief insight into the friendship between John Charles and Osmond is illustrated in three letters in the Archives. 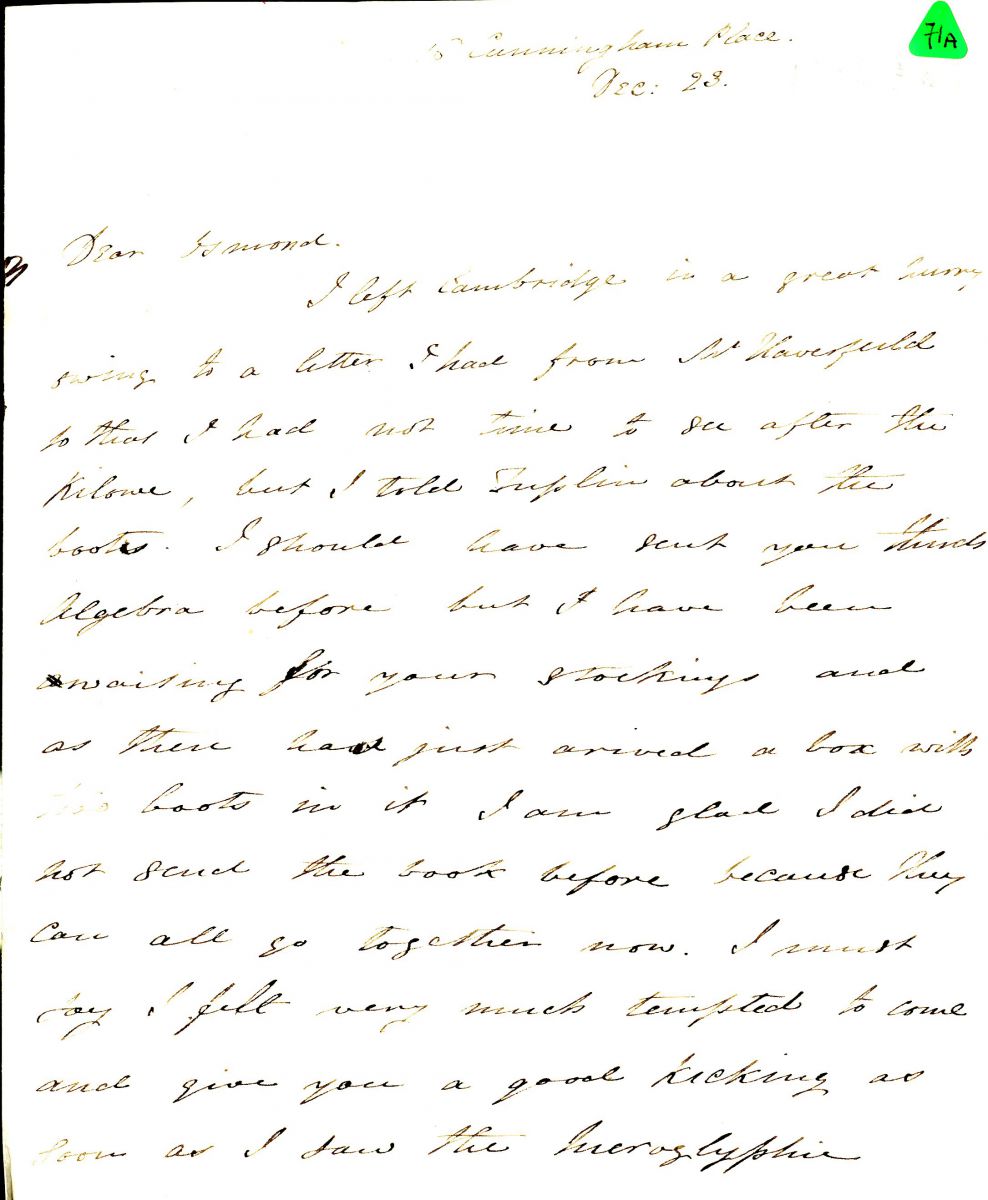 The three letters, dated 23rd December 1838 to 13th January 1839 contain various information relating to John Charles’ impression of life in Cambridge. In the letter dated 23rd December, Constable explains how he had to leave Cambridge in a hurry and didn’t have a chance to see Fisher before leaving. A description of exchanging various items (possibly Christmas presents) is detailed, including boots, stockings and a book on algebra.

A mention of ice skates left by Constable in Cambridge is also made, as are references to various other Jesuans including John Nelson (matriculated 1837), Lewis Beck (1836), Philip Budworth (1834), Francis Daubeny (1834), Peregrine Bingham (1838) and John Gibson (1836). There are references to science, scientific experiments and mathematics as there are in the letter postmarked January 1839. Fisher studied mathematics and Constable studied medicine so these themes in their letters are not unexpected. An interesting comment Constable makes in his second letter is to his “looking at a beautiful picture Mr Leslie is painting of the Coronation. The queen is receiving the sacrament.”

This is a reference to the artist Charles Leslie, a friend and eventually biographer of Constable (the artist). The painting referred to is now in the Royal Collection Trust. The third letter in the collection continues discussions relating to chemistry, the creation of a battery and homeopathy. Further correspondence between John Charles and Osmond was included in one of the Suffolk Record Society’s volumes of edited correspondence of John Constable, published in 1969. 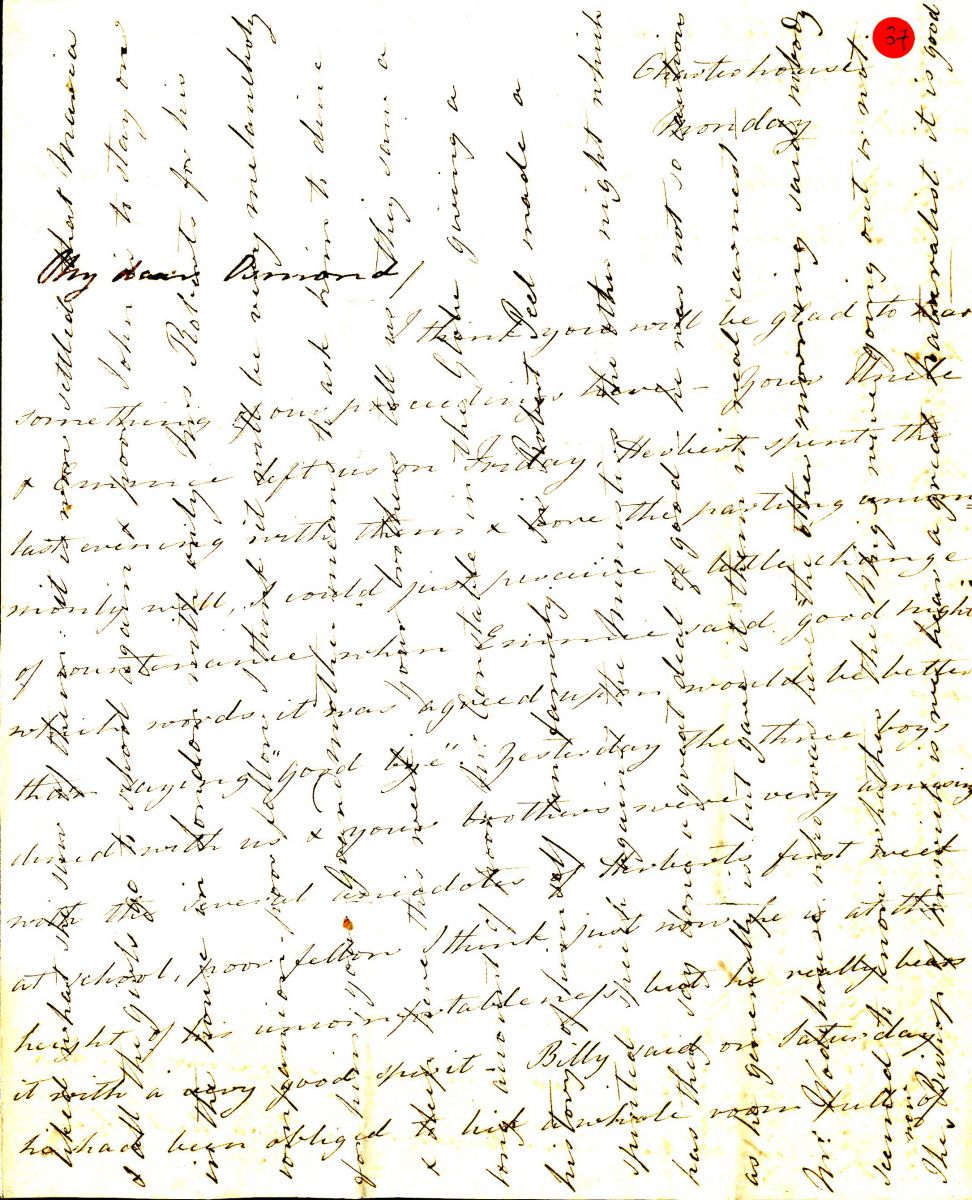 In addition to direct correspondence, references to John Charles are made in letters written to Fisher by members of his family. His aunt Fanny wrote in April 1837 to Osmond stating “poor John is to stay on in the house in London (16 Cunningham Place) …your Grandmother means to ask him to dine and sleep here this week”. Osmond's grandmother, Mary, was married to Philip, a Master of Charterhouse. This letter is also a very good example of 'cross-writing' which developed in the 19th century.

According to various contemporary and secondary sources, John Charles was with his father at his studio when he died, the harrowing experience immediately effecting John Charles’ own health and indeed leading to his delay in returning to Cambridge. This also ultimately led to the migration from Corpus to Jesus.

A further letter from Osmond’s mother, Mary, acknowledges the research started by Charles Leslie on the biography of Constable. In the letter, she says “Will you tell J Constable that your mother has been looking over the letters with a view to Mr Leslie having some of them – She finds there are but few she would like to send him for publication”.

On his father’s death, as the eldest son, John Charles became responsible for his father’s estate, including numerous paintings and works of art, some of which were known to have adorned his rooms in College.

Indeed, as a man of property, John Charles himself drew up a will, in which he stated all his finances, property and investments were to be divided equally between his two sisters but that his collection of “pictures, drawings and prints” were to be given to his brother Charles Golding Constable. Unfortunately, his will came into effect far earlier than expected. At a medical lecture at Addenbrookes Hospital in which a victim of scarlet fever was examined, Constable contracted the disease himself and died soon after on 21st March 1841. It is known that Osmond sorted his books and pictures from his College rooms and forwarded them to the Constable family, following which he arranged a subscription between their friends to pay for the memorial plaque to John Charles that is now in the Chapel. 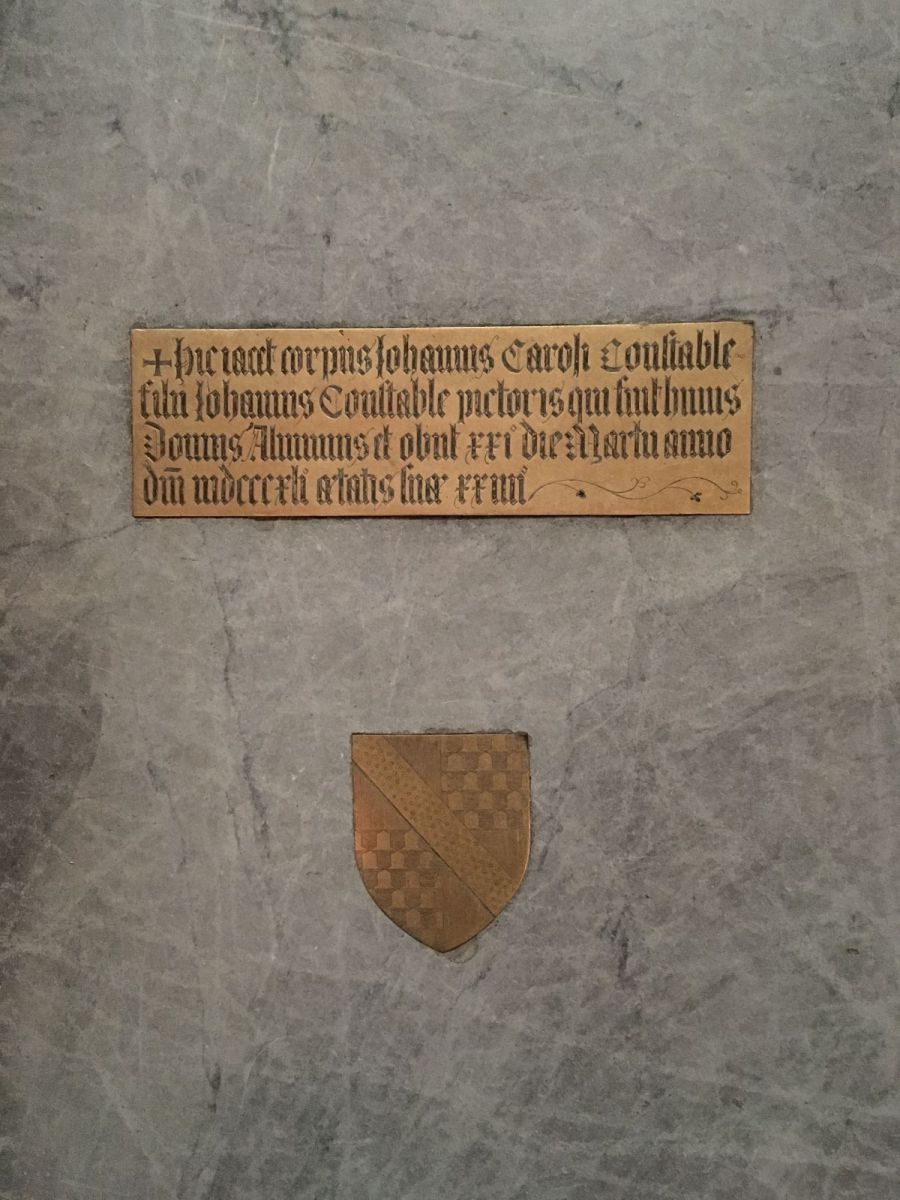 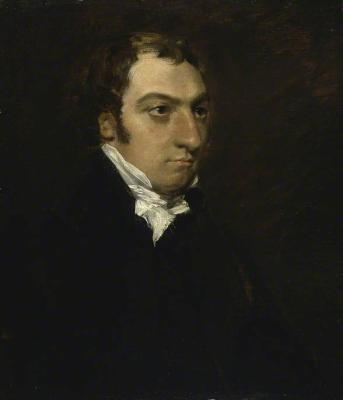 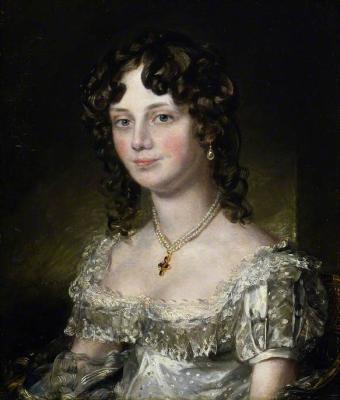 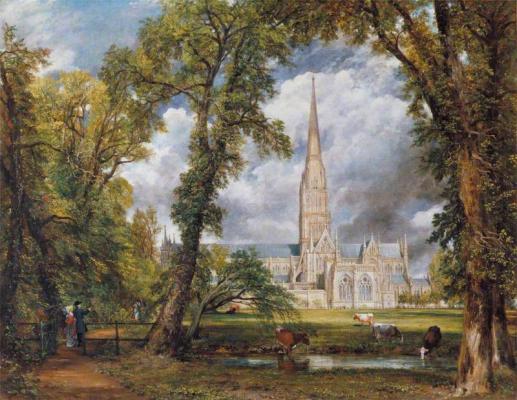 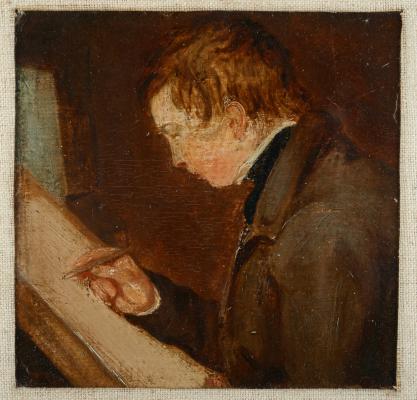