Archive of the month: Centenary of the First World War

This November marks the 100th anniversary of the end of the First World War and as such it seems fitting to remember the numerous members of College – students, staff and Fellows - who died during the conflict.

Although much of the following was written for the College website to commemorate the 100th anniversary of the outbreak of war, now is an appropriate time to revisit this information to remind ourselves of the effect the war had on the College and its members.

The Roll of Honour

Since 2014, the College has commemorated the lives of those killed during the war by publishing a profile of each man who died, in the centenary month of their death, in The Roll of Honour. Where information was available, profiles summarise the individuals’ achievements whilst in College, what they did once they left College and in what capacity they were involved with the war. Photographs of individuals were included in profiles when it was possible to locate them.

“The College in War Time”

In the Michaelmas 1919 edition of the College magazine, The Chanticlere, former Master Arthur Gray describes his experience of the College and Cambridge during World War I, including posting of military divisions to Cambridge, the effects of the war on the College, and feelings following the Armistice. 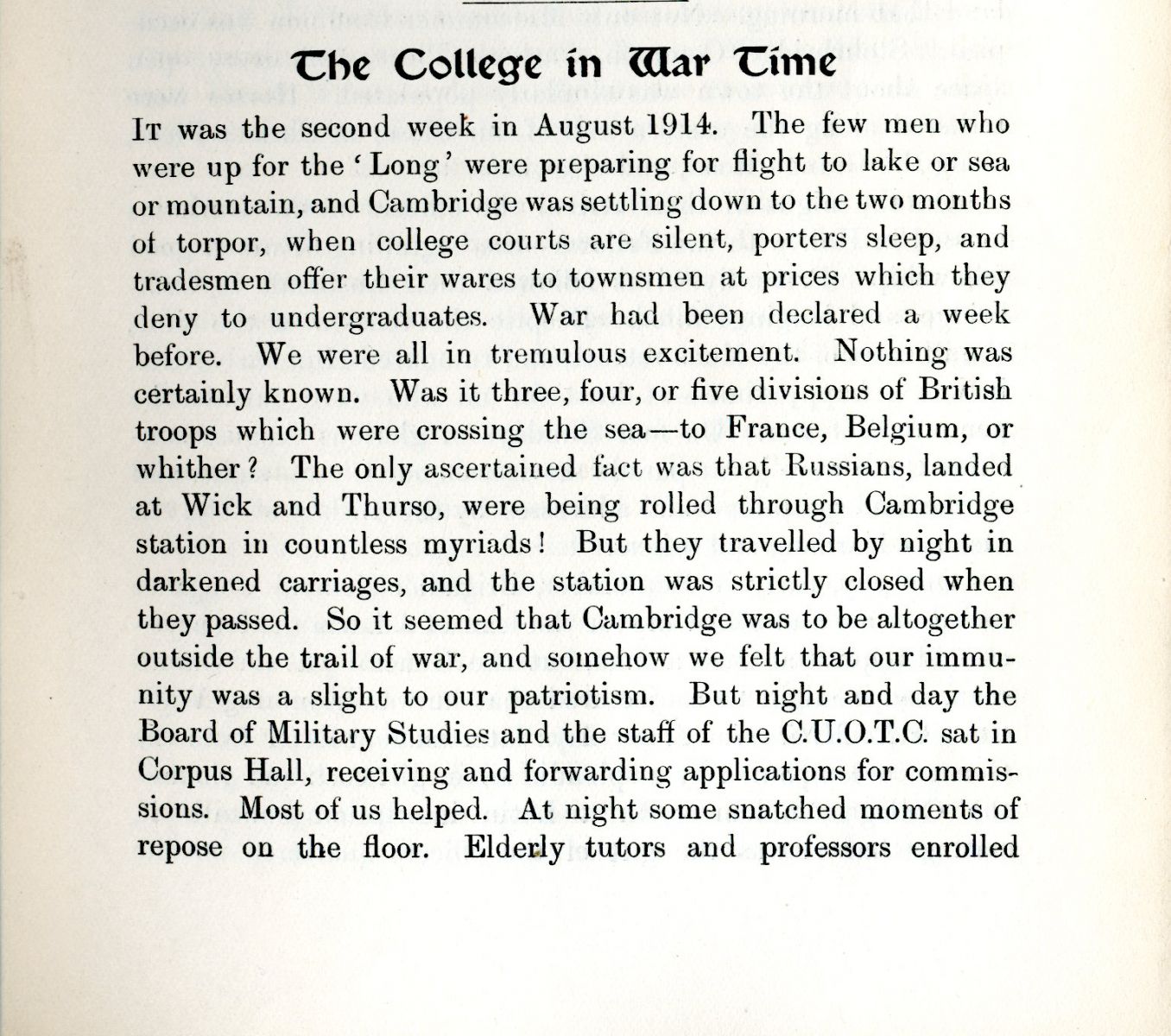 Written for Remembrance Sunday 2014, ‘In Remembrance’ is an overview of the numbers of students who served, collated by matriculation year, starting in 1877 and ending in 1916.

This information, written for Remembrance Sunday 2015, was gathered to review the historical background to the College memorial, particularly correspondence between College authorities and the relations of those killed during the war.

This photograph album, compiled by Geoffrey Barham Johnson (1912) is representative of the types of activities and events a Jesus student would have been involved with immediately prior to the outbreak of war.