Analysis of 1917 during the First World War

For our latest commemoration of the Great War, College Fellow Dr Duncan Kelly—also Reader in Political Thought at the Department of Politics and International Studies—analyses momentous events as the conflict reached its fourth year.

The Great War was pivotal in fixing the structures of modern politics for a century. In this centennial year we might ask what 1917 says about the ideas behind those structures. Various forms of cauterisation typically sought either a return to pre-war normality in political and economic relations, or, in the face of battlefield horror, the development of new forms of political and economic organisation based on international co-operation.

What 1917 signalled most precisely about the future of modern politics was the simultaneous failure of compromise between competing visions of world order and the development of new forms of co-operation that made military success possible. War and politics were inseparable.

The general failures of compromise, bookended by the Russian Revolutions of February and then October-November, are well known. The battles and losses of 1916 on the Western Front, the Brusilov Offensive in the East by the Russians against the entente powers and, a year before, the trauma of Gallipoli remain vivid in local memory (some 50 members of Jesus College lost their lives in that year). However, the continued prosecution of warfare by political and economic means during 1917—when another 34 Jesuans were killed—was undoubtedly more consequential.

The Austro-Hungarians failed to find a peace settlement. The violent alternative to great-power politics, initiated by the Bolsheviks’ takeover of Alexander Kerensky’s failed government, opened up international rifts. Secret diplomacy between the Allies over the radical policy of the blockade and, most crucially, American forces entering into the war were key issues. Yet the politics and economics of these positions were, ultimately, based on ideas about how actions could and should be justified. The Great War itself was a global civil war over who would win this battle of ideas. A rapid morphology from Leninist and Wilsonian internationalism to the sort of ideological and, latterly, superpower opposition between “Western” democracy and “Soviet” tyranny that emerged in 1917 would set the tone for much of 20th-century politics.

This had been recognised by the pioneering American journalist and commentator, Walter Lippmann. By April 1917, shortly after President Woodrow Wilson had asked for Congressional authority to enter the war having run an election campaign based on keeping America out of it, Lippmann wrote: “What is being arranged in Washington these days is really a gigantic experiment in internationalism”. The economic blockade had become a weapon of war. The response to the German blockade by the Allied powers had been found in recourse to international co-operation on the grounds of nutritional necessity. This, Lippmann wrote, made it a “true internationalism”, which dealt “with the co-operative control of those vital supplies upon which human life depends”. It was, he thought, the “birth of the League of Nations”.

Yet such internationalism was both old and new: old, to the extent that using economic strategy for political and military purposes had long been part and parcel of great-power self-understanding in Europe, fixed around the “jealousy of trade”. What was new were the scale and data involved. Instead of single nations or imperial metropoles, here was internationalism in the service of collective starvation as a tool of military strategy, one justified by the French, for example, as yet another way of constraining German ambition.

Wilson signed the Selective Service Act in May 1917, and began to move towards his famous justification about seeking peace without victory, without indemnities and, in the wake of the first Soviet Revolution in February, with support for national self-determination. Yet by November, with Lenin and Trotksy in power, the Russians signed the Treaty of Brest-Litovsk to take themselves out of the war, ceding, from a position of economic and military weakness, territory and finance to the Germans on a massive scale. They also called for open diplomacy, national self-determination and a democratic peace.

The Germans in turn pushed their advantage, seeking an eastern route out of the western blockade. When Russia signed an armistice with the Central Powers at the end of 1917, it was too much for Wilson and the Allies. And after the Treaty of Versailles in 1919 the possibilities of democratic internationalism reverted back to the realities of great-power rivalry.

The texture of our politics, now as then based on a conjunction of formal equalities of citizenship amid civil wars and mass migrations, aligned with extreme inequalities across all sorts of conventional markers—race, class, gender—found a new fix in the immediate aftermath of the Great War. Despite the many other great conflicts of the past 100 years, that fix was only really challenged at the level of ideas through the rise of 20th-century socialism. It remains to be seen whether any other lessons from the war of ideas a century ago might now find their moment and be disinterred.

Duncan Kelly is a Director of Studies in Human, Social, and Political Sciences and a Fellow of Jesus College. 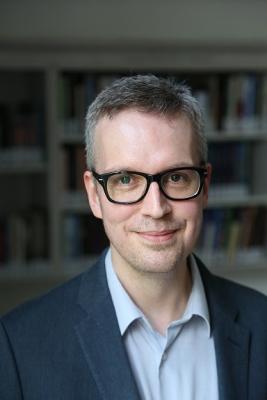